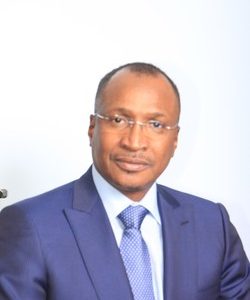 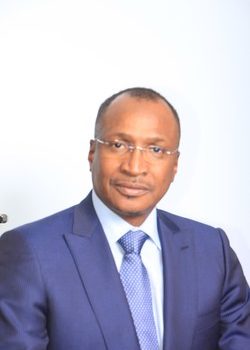 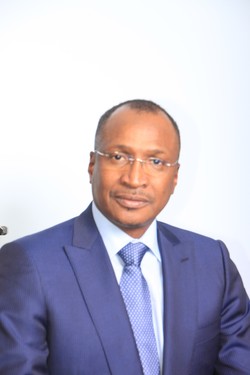 MONTREAL,
CANADA – Media OutReach – 16th
Aug 2019 – As
the effects of a warming world become more tangible through extreme weather
events and the need to shift to renewable energy becomes more urgent, one
company in Mali is leading a revolution that could change literally everything.

Petroma,
a Canadian research company headed by Malian businessman Aliou Boubacar Diallo,
is producing electricity from natural hydrogen in a Malian village. It is the
first such venture of its kind and is potentially, a game-changer for the
planet. Were the Petroma pilot plant in Bourakébougou to be replicated on an
industrial scale, it could guarantee Mali a clean, green source of electricity
and even provide a surplus for export. What’s more, Petroma will have led the
way to the future, one of pollution-free fuels and cheap electricity. The
success of the Bourakébougou initiative has already given scientists reason to
explore the promise of natural hydrogen as a viable alternative to fossil
fuels.

Both
science and art are at work in Petroma’s groundbreaking venture. The science is
relatively straightforward. Hydrogen is the most energy-rich gas and is
considered a good candidate to replace fossil fuels as the world moves towards
decarbonisation.

The art is more
complicated. It was a leap of faith for Diallo to launch his pilot project in
2012 in Bourakébougou, 60 km north-east of the Malian capital Bamako. Locals
had discovered the natural hydrogen deposit quite by chance 15 years before
Petroma set up the plant and had blocked the gas hissing from the ground. After
that, no one paid the region’s hydrocarbon potential much attention until
Diallo and his mining exploration company decided to obtain concessions in
Bourakébougou. When scientists discovered abundant natural hydrogen, composed
of 98 per cent hydrogen and 2 per cent methane, Diallo used his own money to
fund the pilot unit in Bourakébougou and started to produce electricity.

According to Diallo,
it was an intuitive move. “Natural hydrogen,” he says, “is an opportunity for
Mali, which for the first time is a pioneer in the world in a cutting edge
field: the production of electricity without CO2 emissions.” But the outlook
wasn’t quite as clear — or hopeful — back in the early 2000s, when Petroma
sought the Bourakébougou concession. Until 2010 there wasn’t even a consensus
that natural hydrogen existed in the soil as a resource of sufficient intensity
to be extracted. The most common processes used for hydrogen generation
required the decomposition of natural gas or electrolysis of water, both of
which were expensive and resulted in undesirable by-products. Free hydrogen was
thought to be rare but after scientists confirmed a deposit in northern Russia,
French experts Eric Deville and Alain Prinzhofer visited the country and wrote
a book ‘Natural Hydrogen. The Next Energy Revolution?’ Last year, filmmakers
Shelley Tabor and John Michael Parkan’s documentary ‘At War With The Dinosaurs’
made a powerful case for a hydrogen economy. As the most abundant element in
the universe, they argued, hydrogen is the next step in the natural evolution
of energy. And the Hydrogen Council, a global CEO-led initiative of 60
leading energy, transport and industry companies to develop the hydrogen
economy, has said hydrogen could provide almost a fifth of total energy
consumed by 2050, and cut carbon emissions by about six billion tonnes compared
to today.

If
Petroma’s pilot unit in Bourakébougou seems a still small but powerful
illustration of the argument, consider what the future might hold. According to
recent scientific studies, the Bourakébougou basin may have far greater amounts
of hydrogen than previously thought. A paper published in the International
Journal of Hydrogen Energy in October 2018 by Professor Prinzhofer and his team
noted that the hydrogen in Bourakébougou was “relatively pure”.
It added that the surface geochemistry of Bourakébougou indicated “the presence
of hydrogen could extend up to distances of more than 150 km”. Going by that
estimate, the natural hydrogen field would be roughly 20 times greater than
previous projections. If so, the Prinzhofer paper said, it would open “new
prospects for a future industrial exploitation of hydrogen …(and would)
underscore the potential economic benefit of natural hydrogen operations in onshore
continental areas.” The “benefit” would go much beyond natural hydrogen’s
obvious value as a non-polluting energy source. It is much cheaper to generate
electricity from natural hydrogen than that produced in the factory, whether
from fossil energy or electrolysis.

All
of which would take Mali, a country that has recently makes headlines for its
toxic mix of ethnic rivalry, jihadism and poor governance, into the big league
of global innovators. And Petroma’s Bourakébougou unit would become the leading
test case for similar projects elsewhere, as the world struggles to transition
to clean energy.