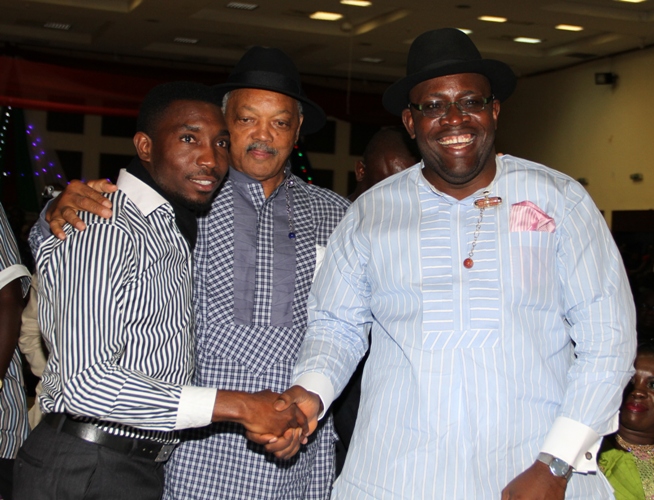 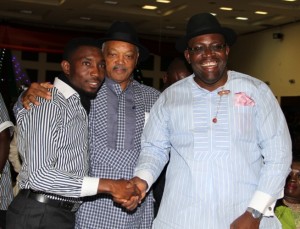 He said the honour done the two-time United States presidential aspirant was in recognition of his contributions to the promotion of civil liberties.

Governor Dickson, who expressed appreciation to Reverend Jackson, guest speakers and all those who graced the occasion from far and near, thanked them for identifying with the Ijaw Nation.

Commenting on the life and times of Major Isaac Adaka Boro, first civilian Governor of the state, Chief Alamieyeseigha recalled his days with the late hero.

He noted that, if Boro were alive today, he would have acted for the common good of the people.

In his remarks former Governor of the old Rivers State, King Alfred Diete-Spiff stated that, the ideals Boro lived and died for would be pursued because he paid the supreme prize for the Ijaws to have some level of recognition in the country.

King Diete-Spiff also suggested that Oloibiri, where Boro was born, should be the name of the next state if states were to be created.

The President of the Odua Peoples’ Congress, OPC, Dr. Fredrick Faseun described Isaac Boro as a worthy hero of the Niger Delta and the country and that the Ijaws have demonstrated how to resist oppression.

The OPC leader who said the congress shares in the pain of the people of the Niger Delta occasioned by the activities of crude oil exploration and exploitation, called for the passage of the Petroleum Industry Bill (PIB).

He stressed that in addition to President Goodluck Jonathan having the constitutional right to go for a second term in office, it was time for the country to give back to the Niger Delta for their contributions to the economic survival of Nigeria.

Highpoint of the event was the presentation of plaques containing the crest of the Ijaw nation by the Governor to Reverend Jackson, former Presidential Adviser on National Assembly Matters, Alhaji Tanko Yakassai, President of the Odua Peoples’ Congress, Dr. Fredrick Fasheun, among others.