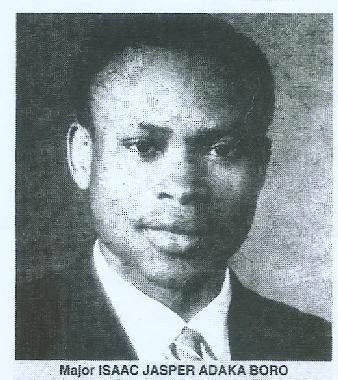 Bayelsa State Governor, Hon. Seriake Dickson on Friday in Yenagoa led prominent citizens in the Country, including the foremost Ijaw leader, Chief Edwin Clark and Alhaji Tanko Yakassai in calling for a united and formidable Nigeria devoid of ethnicity, terrorism and religious bigotry.

Reminding the people of the historic collaboration that existed between the Northern and Southern axis of the country, Hon. Dickson at the 2013 edition of Major Isaac Adaka Boro Anniversary stressed the need for its re-establishment, adding that it would assist in addressing issues of terrorism, ethnicity and religious bigotry.

The alliance, according to the Governor has brought about positive developments such as creation of Rivers State and the election of a minority in the person of Dr. Goodluck Jonathan as President of the country.

“I want to thank you through our leaders, Alhaji Yakassai of the support and the solidarity that our people have enjoyed from our brothers in the North. I will like to on behalf of our people urge the leadership of the North to remember the historic alliance between them and the people of the Niger Delta.”

Describing the ruling Peoples Democratic Party, (PDP) as the only formidable party in the Country with due consideration for both the majority and minority groups in the Country, the Governor thanked Nigerians and the Party for giving the Niger Delta region the opportunity to produce the leadership of the country.

“I like to thank my party, Africa’s biggest party, the PDP which first gave presidential nomination to our brother, Dr. Goodluck Jonathan. This is important because from my little knowledge and perhaps by the time I interact more and benefit from the experience ad knowledge of people like Alhaji Yakassai and our Ijaw National Congress Board of Trustees Chairman, Chief Edwin Clark, we will know whether before PDP, any National political party thought it proper or expedient to nominate a so called minority politician as its Presidential flag bearer. To the best of my little knowledge, only the PDP did that. Now, we hear that there are alliances and coalition coming up and they go by several names. We wish them the best but there is a challenge that you must beat. The PDP has already led the way. Nigerians and all lovers of Nigeria are waiting for other political formations that truly aspire to national power that believe in the genuine integration and unity of our Country and have the capacity to march the example of the PDP by giving their presidential ticket to somebody the “bloc. I agree completely that our nation has moved by far more integrated today but we have a challenge of forging the various national and ethnic or tribal identities and collapsing all of these into one coherent single Nigerian identity. My message to all of us and friends is to see how we can work hard andbuild bridges of understanding and solidarity.”

In his address, the Ijaw foremost leader, Chief Edwin Clark drummed support for the re-election of President Jonathan in 2015, adding that he has the right to seek re-election. His re-election, according to Chief Clark will afford him the opportunity to complete the good works he has already started in the Country.

Stressing the need for a united Nigeria, Chief Clark stated, I desire one Nigeria where no one will be superior to the other as we have in the case of the United States of America where President Barak Obama was elected for the second term.

Commending Governor Dickson for recognizing the selfless efforts of the past heroes, Chief Clark noted that this would be the first time Boro Day would be celebrated by the Ijaws in Yenagoa.

In his lecture titled, Oil and Peace; Compatibility for sustainable growth in Nigeria, two time Presidential aspirant of the United States of America, Revd Jesse Jackson identified violence, greed and jealousy as the bane of socio-economic and political development of any nation.

He noted that God has bestowed Nigeria with both natural and human resources, adding, Nigerians are a brilliant people. They are at the heart of the economy in the Diaspora. Many of the World’s greatest scholars, scientists, teachers and engineers are from Nigeria.

Nigeria won its Independence-but it’s not enough to be free, the people will not rest until there is economic justice and equality. It is a sin in this Garden of Eden for such inequality and poverty to exist alongside such riches and oil resources.

It is not the lack of resources but greed, jealously and violence that hinders our development. We cannot allow the oil companies to denigrate our Garden of Eden, to pollute our air and water and land and violate the preciousness of the Niger Delta with environmental warfare.

He stated that the sect became active in 2001 when it attacked five states in the North, arguing that it was not aimed at undermining the government of Dr. Goodluck Jonathan as being assumed in some quarters.