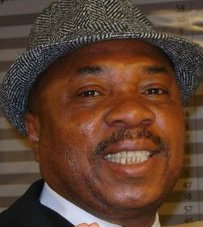 In my country it hurts to be a child.

By Imo Ben Ubokudom Eshiet Imagine going to pick up your kindergarten kid at school only to be told she has been married and...

Imagine going to pick up your kindergarten kid at school only to be told she has been married and taken away by a fifty year old man! If you are stunned by the noxious possibility, you are not alone. I cried rivers when I read that the Nigerian senate has enacted a law making child marriage legal.
The thirty-five senators who sponsored the sickening bill reckon that it will check prostitution. The authors of the twisted logic failed to reason that like the raging insurgency in the northern part of the country, the victims of child marriages might rebel once they grow up and recognize how society and their parents short changed them.
The senator who championed this law has been leading by example. In 2009, he took a 13 year old Egyptian as wife. Defending the abuse he argues that in his religion child marriage is a gateway to paradise. Hear Senator AHMED SANI YARIMAN BAKURA defending the sickness:

“Nigeria has many uncountable problems and none of them is early marriage. As a matter of fact early marriage is the solution to about half of our problems.

For those who wonder if I can give my daughter(s) out in marriage at the age of 9 or 13, I tell you most honestly, I can give her out at the age of 6 if I want to and its (sic) not your business. This is because I am a Muslim and I follow the example of the best of mankind, Muhammad ﺻَﻠَّﻰ ﺍﻟﻠَّﻪُ ﻋَﻠَﻴْﻪِ ﻭَﺳَﻠَّﻢَ .

In Islam, marriage is not only about sex, it is about family and helping one another in achieving their goals, which is the attainment of Paradise.

In Islam, a girl can be given out in marriage as early as 6 years old, but consumation (sic) of the marriage can only be done when the girl becomes physically mature and she gives her consent to it because unlike English law, it is not permissible for a man to rape his wife in Shari’ah Law.

So what can anybody tell me?

I live in a city where young girls at the age of 12 have already became serial fornicators and cannot count the number of man they’ve had sex with.

I live in a City where primary school children disvirgin themselves behind toilets on Valentine day.

I live in a city where young girls flood the street at night looking for men that would give them N500 to have sex with them.

I live in a city where parents send their daughters out overseas to prostitute and send dollars down.

I live in a city where Government officials pick undergraduates from University car parks with Coastal Buses to wild sex parties.

I live in a city where abortion is so common that even a Chemist shop owner can perform abortion with just N2,500.

These are your daughters, and this should worry you and not Yerima’s private matters. So ask me again why I support early marriage and I will slap the Jinn out of your head”.

Nothing of course, could be more warped.
Reasoning like this ably betrays the twisted mindset of the Nigerian leadership. From the region this senator represents 93% of girls do not have access to secondary education.
There are dire implications. In a country grimly ransacked by poverty anyone with pretensions to wealth and power can easily take as many child brides as he wants. A man like this senator who earns more than the US president can fill his harem with countless children of the poor. Although he brags he can give his six year old daughter in marriage yet he is known to have sent his daughters to choice colleges contrary to what his putrid hypocrisy would let him admit.