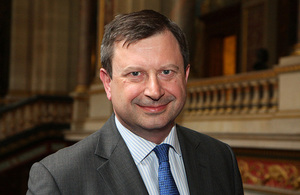 The British High Commissioner to Nigeria, Mr Paul Thomas Arkwright, has restated his home country’s resolve to honour a pact with Sweden to extradite Wiki Leaks founder, Mr Julian Assange.
The envoy stated this in Calabar in an interview with select journalists at the end of a visit to Calabar.
He was responding to suggestions that the British Government disrespected a United Nation’s panel’s verdict on Assange a similar situation when Nigeria handed over the Bakassi Peninsula to Cameroon following a UN body’s verdict.

The United Nations Working Group on Arbitrary Detention found that Assange had been detained and subjected to “various forms of deprivation of liberty’’. The UN also said that Assange, now hiding in Ecuadorian Embassy in London is being arbitrarily detained in London and has a right to compensation.

He also said that a parallel should not be drawn between Britain and Sweden’s attitude on Assange compared to Nigeria’s hand-over of Bakassi peninsula to Cameroon following the World Court’s verdict.

Arkwright said: “First of all there is no parallel between the Bakassi Peninsula and Julian Asange and to suggest there is a parallel is, frankly, ridiculous.

“Julian Assange went voluntarily into the Ecuadorian embassy in London. He was not detained there, he can walk out of there if he wants to. The British government had made its position clear. We had an agreement with Sweden, we will stick with that agreement.
What the UN say and the report of the UN body is not legally binding on the UK. And we believe the UN is wrong in this case. This is a group of people who are not legal experts and they came up with a report which we reject. We feel very strongly that we are in the right; that the UN is wrong.’’

Arkwright was in Calabar to discuss opportunities for United Kingdom businesses in Agriculture infrastructure, tourism and manpower development.

“It is a group made up of laypeople, not lawyers, and their conclusion is flawed in law.

“Julian Assange is a fugitive from justice. He’s hiding from justice in the Ecuadorian embassy.

“He can come out on the pavement any time he chooses — he is not being detained by us. But he will have to face justice in Sweden if he chooses to do so,” Hammond said. Sweden had also rejected the panel’s decision.