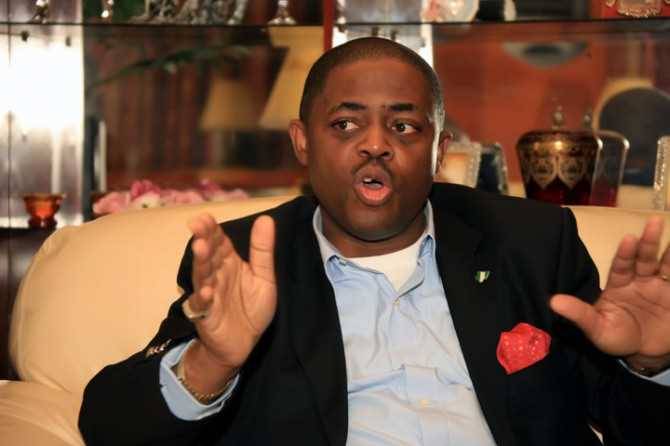 Between Hate Rants and a past of narcotic drugs addiction

By John Okiyi Kalu   I was upset yesterday by a hate filled article written by a former minister of the Federal Republic of... 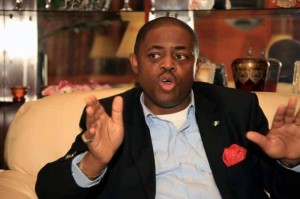 I was upset yesterday by a hate filled article written by a former minister of the Federal Republic of Nigeria titled “the Bitter Truth About Igbo”. I was ready to respond to his lies, concoctions and attempt to further generate hatred against Ndigbo in Nigeria until my background check revealed these lines from an old article written by one Ladi Ibrahim in 2007.

“This is the same Fani Kayode that was rehabilitated twice in Ghana because of drug problems as a result of the frequent in-take of cocaine. The way he comports himself one is wont to think that, he still takes the dangerous drugs once in a while, if not what could have gotten to the head of Fani-Kayode…….”

This piece of information hidden in news archives naturally turned my revulsion into sympathy for a fellow countryman struggling with illicit drug use and it’s effects. Where I come from, if a mad man or mentally unbalanced person throws mud at you we expect you to keep walking like Johnie Walker. If you attempt to respond it will be difficult to differentiate between you and the mad man. And in these days that Lagos State government is deporting and depositing “lunatics” from Lagos to other states on top of bridges at 3am, any brain damaged person deserves our sympathy and assistance for proper rehabilitation. (Not at Ikorodu Concentration Camp o). Lunatics are now endangered species in Nigeria, especially if they reside in Lagos.

I have therefore decided to look at the effects of illicit drugs use and/or addiction on the human (and animal) brains.

The human brain is the most complex organ in the body. This three-pound mass of gray and white matter sits at the center of all human activity – you need it to drive a car, to enjoy a meal, to breathe, to create an artistic masterpiece, and to enjoy everyday activities. In brief, the brain regulates your basic body functions; enables you to interpret and respond to everything you experience; and shapes your thoughts, emotions, and behavior.

The brain is made up of many parts that all work together as a team. Different parts of the brain are responsible for coordinating and performing specific functions. Drugs can alter important brain areas that are necessary for life-sustaining functions and can drive the compulsive drug abuse that marks addiction. Brain areas affected by drug abuse

Of the 3 major parts of the brain; the brain stem, the limbic system and the cerebral cortex, it is the last that is of key interest. Though illicit drug use also affects the other 2. The cerebral cortex is divided into areas that control specific functions. Different areas process information from our senses, enabling us to see, feel, hear, and taste. The front part of the cortex, the frontal cortex or forebrain, is the thinking center of the brain; it powers our ability to think, plan, solve problems, and make decisions.

Drugs are chemicals. They work in the brain by tapping into the brain’s communication system and interfering with the way nerve cells normally send, receive, and process information. Some drugs, such as marijuana and heroin, can activate neurons because their chemical structure mimics that of a natural neurotransmitter. This similarity in structure “fools” receptors and allows the drugs to lock onto and activate the nerve cells. Although these drugs mimic brain chemicals, they don’t activate nerve cells in the same way as a natural neurotransmitter, and they lead to abnormal messages being transmitted through the network.

Just as we turn down the volume on a radio that is too loud, the brain adjusts to the overwhelming surges in dopamine (and other neurotransmitters) by producing less dopamine or by reducing the number of receptors that can receive signals. As a result, dopamine’s impact on the reward circuit of a drug abuser’s brain can become abnormally low, and the ability to experience any pleasure is reduced. This is why the abuser eventually feels flat, lifeless, and depressed, and is unable to enjoy things that previously brought them pleasure. Now, they need to take drugs just to try and bring their dopamine function back up to normal. And, they must take larger amounts of the drug than they first did to create the dopamine high – an effect known as tolerance.

We know that the same sort of mechanisms involved in the development of tolerance can eventually lead to profound changes in neurons and brain circuits, with the potential to severely compromise the long-term health of the brain. For example, glutamate is another neurotransmitter that influences the reward (pleasure) circuit and the ability to learn. When the optimal concentration of glutamate is altered by drug abuse, the brain attempts to compensate for this change, which can cause impairment in cognitive function. Similarly, long-term drug abuse can trigger adaptations in habit or nonconscious memory systems. Conditioning is one example of this type of learning, whereby environmental cues become associated with the drug experience and can trigger uncontrollable cravings if the individual is later exposed to these cues, even without the drug itself being available. This learned “reflex” is extremely robust and can emerge even after many years of abstinence.

Chronic exposure to drugs of abuse disrupts the way critical brain structures interact to control and inhibit behaviors related to drug abuse. Just as continued abuse may lead to tolerance or the need for higher drug dosages to produce an effect, it may also lead to addiction, which can drive an abuser to seek out and take drugs compulsively. Drug addiction erodes a person’s self-control and ability to make sound decisions, while sending intense impulses to take drugs

When cocaine enters the brain, it blocks the dopamine transporter from pumping dopamine back into the transmitting neuron, flooding the synapse with dopamine. This intensifies and prolongs the stimulation of receiving neurons in the brain’s pleasure circuits, causing a cocaine “high.”

Prolonged drug use changes the brain in fundamental and long-lasting ways. These long-lasting changes are a major component of the addiction itself. It is as though there is a figurative “switch” in the brain that “flips” at some point during an individual’s drug use. The point at which this “flip” occurs varies from individual to individual, but the effect of this change is the transformation of a drug abuser to a drug addict.

New research on the brain is showing that addiction is a matter of memories, and recovery is a slow process in which the influence of those memories is diminished, reports the January 2007 issue of the Harvard Mental Health Letter.

In the light of the above, it will be foolish to “respond in kind” to a drug addict who is writing history from his “high” state. Rather than waste time in reviewing and circulating such rubbish, you are better advised to find “There was a country” by Chinua Achebe and read. Or better still, listen to good old skool music like Dillinger’s “I’ve got cocaine runnin’ around my brain”.