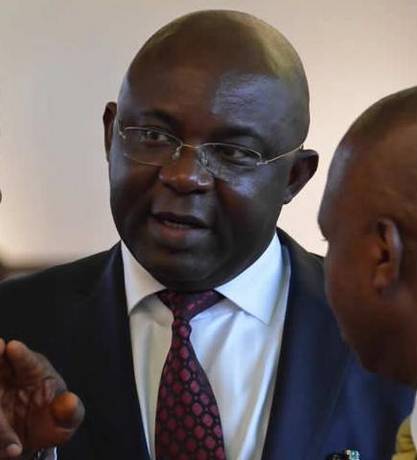 Open Letter To President Jonathan On Ntuen, Anambra Guber Congress And Other Matters

By Edet Edubio     Dear President Jonathan, I am a noble son of Akwa Ibom State, who would prefer to be recognized as... 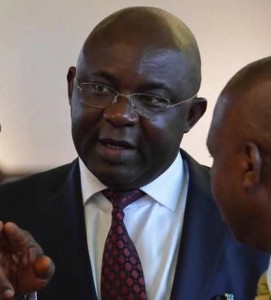 I am a noble son of Akwa Ibom State, who would prefer to be recognized as a retired civil servant with vast interest in the potentials of the agriculture industry. Simply put, I am a farmer at present, yet  committed to contributing to the development of our nation.

Mr President, please don’t mistake me for any opportunist who seeks an appointment of any form, rather accept me as an objective member of the Nigeria society who has finally refused to close his eyes while his house is on fire.

Permit me to re-iterate my happiness with your administration for the apparent reforms in the power sector and the determination to ensure that the safety of life and property is not compromised. Indeed history will maintain a favourable epitaph of a president from the so-called minority part of the country whose selfless approach to leadership provided that channel to the light at the end of the otherwise dark tunnel.

Presido, as you are aware, the arrival of a merger or mega party, APC, means that the credibility of your party in the minds of the people should not be compromised. Already, several things appear to be happening within the PDP which is threatening the fabric of the party’s unity.

Before I continue further, and just in case you have no time to read up the letter, I want to tell you that appointment of party men to pilot or handle specific tasks on behalf of the party is a very important assignment that should not be treated with kid’s gloves. Particularly, I refer you to the recent Anambra State Gubernatorial Congress Committee for that State Governorship primaries scheduled for August 24,2013.

According to reports, the Committee is chaired by the Katsina State governor Barr Ibrahim Ibrahim Shema with members as SAN Victor Ndoma Egba the Senate Leader, former federal Minister of Education  Alhaji Dauda Birma, and the MD of National Insurance Trust Fund Mrs Ngozi Olejeme, while my brother Mr Nse Ntuen is the secretary. This appointment by the PDP national working committee is no doubt propelled by the influence and advise of the chairman of the PDP Governor’s Forum Chief Godswill Akpabio.

A cursory look at the list of the members of the committee will reveal that two lawyers, one a serving state governor and the other a senator and senior advocate of Nigeria, will be robbing minds with an uneducated, tainted Nse Ntuen who has not earn the respect of his own people.

It might interest you, Nse Ntuen is the current chairman of Essien Udim local government area, and the chairman of local government chairmen’s forum otherwise called ALGON in the state. Although he is serving for a second term in office, he is far from convincing as a chairman, and his ability to lead, leaves a lot to be desired in from public officers, even though he is doing his second term.

Essien Udim, is the birthplace or home local government of the Governor of my State, Chief Godswill Akpabio who I am glad has the pleasure of your ears. Recently, while on a trip to attend the meeting of Akwa Ibom indigenes in Washington, this same Nse Ntuen was arrested at the airport by security operatives for smuggling a whooping $82,000 into God’s own country even he falsely declared that he had brought in only $5,000. Unknown to him, the US government already had a wind of his criminal data and so conducted a thorough search on him after which he was arrested and the money was confiscated from him.

My dear President, it was only when the culprit pleaded that he was accompanying Governor Akpabio for a charity event for his fellow citizens in Baltimore, that he was freed, but not before several online and terrestrial media national and international, reported about this ugly episode involving a corrupt government official  of the Peoples Democratic Party.

Sir in the past, so many people have done ignoble things that have smeared the name  of your party and lowered its popularity before Nigerians.Remember how the corrupt Ibori in Delta state and Igbinedion in Edo State, Bode George, Oladimeji Bankole and so on, have cost your party its overwhelming leadership position, and remember your repeated clamour for transparency and rule of law. If truly you stand for these sterling qualities, then Nse Ntuen has no business on a panel that seeks to produce a credible leader for a people. How will the international community rate you if  they discover that you are inaugurating a criminal they left a week earlier to help select a governor for a people.Think over this again.

Before Nse’s emergence as chairman of  the Governor’s local government was greatly against the agreement of the party leadership then headed by an astute son of the south south region, my brother Otu Ita Toyo. At the congress of the party held before the local government election in 2007, it was agreed that any aspirant for the election must posses at least an Ordinary National Diploma, or a Bachelors Degree. But surprisingly Nse with his First School Leaving certificate was imposed on the people and for the past five years has been at the helms of affairs with nothing to show for his being there. He is completely unanswerable to his people , as he claims he was not their chosen. But even if he were performing well as a local government chairman, with his scaring poor educational background, he shouldn’t be allowed to sit on the same forum with the respected noblemen on the Anambra state governorship polls. He will be quite out of place.

My governor may be a great performer, nut as a human being, he has his weaknesses, one of which is his inability at times to deal with the brazen truth and kick his buddies out when the mess.

Sir, I know you are a busy person, but permit me to conclude my submission with the point that it is an unhidden fact that Nse can neither read nor write, and as such for him to seat in a panel in a state that my indigenous language is not a understood by anybody , speaks volume of the calamity, disgrace and embarrassment you are bringing to the party.

It is needless to remind you that PDP already has an uphill task upstaging APGA in an enclave such as Anambra and as such it is needless to have this chances further dampened by the presence of this controversial  figure, who has neither intellectual depth nor has the prowess to add any constructive value in the PDP’s gubernatorial campaign in Anambra State.

Mr President Sir, you may wish to ask your American Ambassador to confirm the arrest of Nse Ntuen last on Friday August 16,, at Baltimore, Washington DC. Most concerned Akwa Ibom people who have been aggrieved by the shame brought on the state by Nse Ntuen have already confirmed his rascality through the Acting Director of Customs at the Port of Baltimore, Mrs Susan Thomas. And the crime was equally reported in several media in Washington, including the Baltimore Sun reported by John Fritze whose e-mail is john.fritze@baltsun.com. Even when contacted by Nigerian journalists, Mr. Strike Thomas, an official of the Maryland State Police Department at the airport, confirmed the incidence, and said that the suspect only declared $5,000 when he got to the airport, adding that it was further security checks that indicated that he was still having some bundles of USDollars in his bag

In advance societies that we are trying to emulate, Nse would have been compelled to resign, and would have accounted for the money he was laundering. It is my belief that with your zero tolerance on corruption, you will not hesitate to ensure that the elusive justice which the Akwa Ibom House of Assembly has overlooked, is carried out.