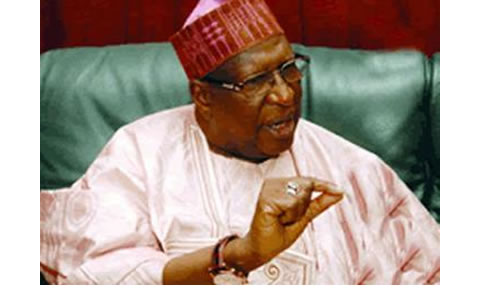 The PDP under the leadership of Alhaji Abubakar Baraje has said it has asked its lawyers to press a contempt charge against  Alhaji Bamanga... 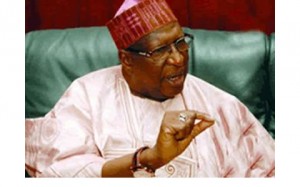 The PDP under the leadership of Alhaji Abubakar Baraje has said it has asked its lawyers to press a contempt charge against  Alhaji Bamanga Tukur for flouting the orders of a Lagos High Court which asked both sides to maintain the status quo pending the resolution of the case before it on who should lead the party.

A statement issued last night by the National Secretary of the the PDP under Baraje, Prince Olagunsoye Oyinlola, condemned the press conference addressed by Tukur in Abuja on wednesday where he threatened to sack members of the National Assembly who have declared support for the Baraje faction and arrest its officers.

“We have asked our lawyers to press contempt charges against Tukur because his statement was made in clear contempt of the orders of Lagos High Court which three days ago asked both sides to maintain the status quo. We will ask the court to commit him to jail for his disdain for the law and the judicial system.

“We have always been saying it that Tukur represents everything that must not be seen in a democratic organisation. His statement demonstrates not just impunity but also lawlessness and crass ignorance of the tenets of the law and democratic ethos.

“Tukur displayed his disdain for law and order with his threat to order the arrest of law abiding persons in a democracy.  We ask what powers he has under our laws to make that statement and what gave him the impression that Nigeria has become a police state where impunity reigns and citizens can be arrested at the whim of any power drunk tzar. Fortunately, our country is a democracy under the rule of law and not under the rule of man. The police and our other security agencies cannot be used to further such agenda as being nurtured in the dictatorial mind of Tukur.

“Again, we believe only an ignorant person would threaten to sack elected Senators and Representatives for staying on the side of truth, justice and fairness. Tukur needs be reminded that members of the National Assembly were elected by the people of Nigeria and are not his appointees who he could dismiss like the minions in his private residence.

“He called the Alhaji Baraje- led leadership of our party impostors and we ask him if he does not know that the endorsement of our cause by elected representatives of our people across all tiers of government has vindicated our position that what we represent in the party today is what the people want. We challenge him to call out those who are with him in his clear journey to perdition even as we add that Tukur should come to terms with the reality of the end of his reign of terror, impunity, dictatorship and lawlessness in our party,” the statement said.  On our part, we re assert our commitment to the consolidation of democracy, peace, love, unity, people-centred development and above all, the rule of law in our march towards progress and development.  More importantly, we assure our teeming associates and well-wishers that we shall conduct our party’s business with patriotism, resourcefulness, truth, justice and fair play as demanded of a political Organisation with a vision and mission.