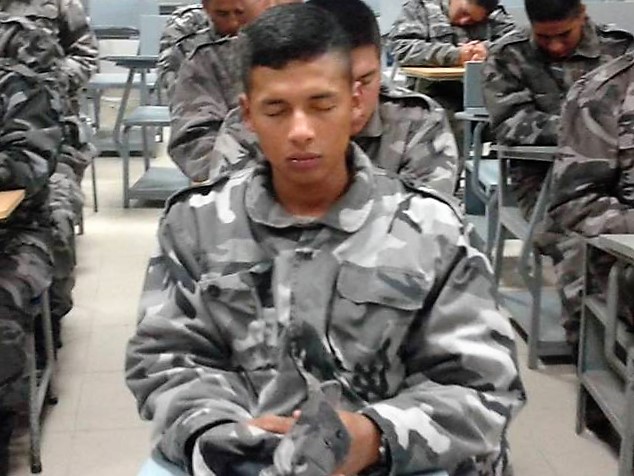 IDT: A POWERFUL, PROVEN TOOL FOR POLICE AND MILITARY

By John Theobald and Dr. David Leffler Whatever one’s view of law enforcement and military personnel, certainly we can agree that these are highly... 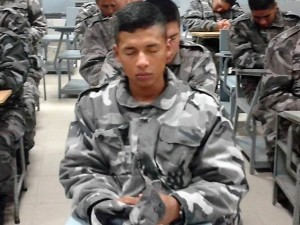 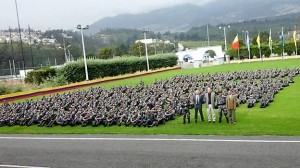 Whatever one’s view of law enforcement and military personnel, certainly we can agree that these are highly stressful times for these professions. Therefore it is important to know that a powerful scientifically-validated, cost-effective stress reduction tool is available to police and military, known in military circles as Invincible Defense Technology (IDT). IDT is an innovative application of Transcendental Meditation (TM) that has proven itself effective to reduce stress and high tensions, for individuals as well as for society. See: “Results of the National Demonstration Project to Reduce Violent Crime and Improve Governmental Effectiveness in Washington, D.C.” Social Indicators Research, 47, 153-201.

The calming IDT influence has been documented in over 300 peer-reviewed research studies. It is effective in a wide variety of high-stress circumstances.

IDT is included in the training program of Brazil’s Elite Police force and has been field-tested by militaries worldwide. Its calming societal influence has been validated by 23 peer-reviewed studies carried out in the Middle East, Africa, Southeast Asia, and Latin America. Independent scientists and scholars endorse it, based on its continuous record of effectiveness where traditional police and military tactics have failed. The IDT approach has been used during wartime, resulting in reduction of fighting, reduced war deaths and casualties, and improved progress toward resolving the conflict through peaceful means. Its coherence-creating effect has been documented on a global scale in a study published in the Journal of Offender Rehabilitation.

When large assemblies of IDT experts gathered during the years 1983-1985, terrorism-related casualties decreased 72%, international conflict decreased 32%, and overall violence was reduced in nations without government intrusion.

An article published in the FBI Law Enforcement Bulletin (pp. 26–32, May 2009) entitled Brain Functioning as the Ground for Spiritual Experiences and Ethical Behavior discusses the potential benefits of TM and concludes that the practice of TM technique leads to increased frontal brain integration, faster habituation to stressful stimuli, and higher moral reasoning. TM practice enlivens frontal brainwave coherence. This builds global brain circuits that place individual experiences in a larger framework. As such, TM provides an inner armor to protect police officers from the noxious effects of stress and negative experiences.

In a study conducted by Ecuadorian army psychologists, over 96% of the military police officer cadets found the TM technique to be a highly practical activity. 92% found their performance in activity had improved and they were better able to deal with stress; 96% declared their relationships with others had improved; and 95% said their practice of the TM technique was completely satisfying. Significant improvements in health and discipline were experienced by the officers and cadets practicing the TM program in the State of Bahia, Brazil. Most importantly these improvements resulted in improved community relations as measured by a dramatic increase (1,206%) in the number of positive reports received by the Police Department from the citizens of Salvador.

In the early 1970’s, six thousand active New York City Police, many working in high-crime areas, actively practiced the TM technique. One of the most common reports was an improvement in their marksmanship. Feedback from meditation students has been received for many years, both in college programs and, in some cases, years later, by individual police officers who said they were “still TM-ing.”

Some of the overwhelmingly positive results include feeling more aware, particularly in life-threatening situations. This is especially important in that law enforcement officers often find themselves in a position of having to resort to using deadly force in an effort to protect and save lives. Those who regularly practice TM have the ability to find other ways of defusing these same situations.

IDT has the advantage of being a portable strategy. After learning the technique, all one needs is a comfortable place to sit with eyes closed. No additional resources are needed. The self-reliance of this approach appeals to the police “protector” and military “warrior mindset.” IDT offers an approach that not only helps save precious minds and lives, but also saves money in the process during these difficult and uncertain times.

We urge leaders to implement IDT and its advanced practices as an integral part of police and military training.