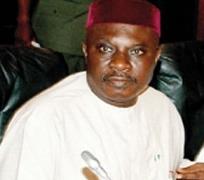 By Utum Etim The recent pressure mounted on President Goodluck Jonathan by some Peoples Democratic Party (PDP) dissenters to remove his chief of staff,... 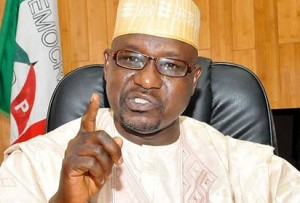 The recent pressure mounted on President Goodluck Jonathan by some Peoples Democratic Party (PDP) dissenters to remove his chief of staff, Chief Mike Oghiadome and Political Adviser, Ahmed Gulak, was, to say the least, made in utmost bad faith and mischievous. The duo may have been noticed by detractors to the President as his foremost supporters whose removal at this crucial moments in the political life of the President would pave way for them to materialize their evil machinations against president Jonathan for 2015. Both Oghiadome and Gulak are personal aides to the President the President is not known to have complained about them.

The request carefully planned strategy to harp on the President’s support base with a view to weaken it. The dissenters claim, the two aides block other PDP members from gaining across to the President. It is possibly judging from the timing of the request, that it is, an after- thought coming weeks after the G-7 & co disrespectfully walked out on Mr. President at the of the PDP special convention venue at the eagle square, Abuja. It is unknown whether the dissenters had before now made a complaint against the two aides or just a ploy to give a dog a bad name to justify its killing. One may pulse to ask why was this reason not made part of the complaint by the dissenters at the initial time when their memories were still fresh? However, it is doubtful whether the request is coming from the dissenters or is not an in house conspiracies.
The sudden pressure, to the President to relieve Chief Oghiadome and Alhaji Gulak of their positions is a new dimension which may possibility be a dummy sold to the President by some aides in the Presidency who may be uncomfortable with their closeness to the President. The request is diversionary and distractive in so far as the said aides are performing the functions of their office creditably well. And mr. president has not found them wanting.The recent attempt to pass a vote of no confidence against Oghiadome’s  by his Edo north Senatorial District to persuade the President to remove him is enough pointer to the level of mischeive by some powerful people in and out of government.
In the alternative, the request for their sack could as well be a ploy and a strategy by some forces to mislead the President to replace the duo with their surrogates to use them as a target and bargain in 2015. The call for their removal is suspicious and founded in bad faith.
After all, it is still doubtful if the pressure that led the removal of Gen. Azazi was not move in bad faith. Also, This is because one would have thought that after Gen Andrew Azazi was removed as National Security Adviser (NSA) to the President and replaced with Darsuki Sambo, the Security situation in some parts of the would improve, but up till this moment there has been no significance improvement. Instead more live have been lost.
The attempt to blackmail Chief Oghiadome, a long Standing Presidential loyalist must be properly investigated to ascertain those behind this mischieve. Chief Oghiadome and Gulak are not indispensible aides, but the speculations making the rounds as to who should replace Chief Oghiadome as Chief of Staff, point the direction of a long standing surrogates of a former military President. This is dangerous.
It may be pertinent to remind Mr. President that part of the scenario playing out today is because over the years he has built the foundation of his administration on the loyalists he inherited from other leaders as members of his team. Inherited loyalty it must be noted is shared loyalty, and shared loyalty belong to two owners (Masters). Firstly, it belongs to the original owner who recommended the aide for appointment and loosely to the new master, the president. Otherwise, why would some ministers, and Presidential aides have anything to do with the leadership of the breakaway PDP inspite of the free -hand given to them by the President in the running of their ministries and departments? It is because their   masters have disagreed with the Presidency and they must do their master’s voice. The President has a duty not to shape his tomorrow by drawing from the events of yesterday. He has a duty not to over-depend upon the recommendations of other leaders, be they state Governors or Ex-presidents in the making of his appointments into key positions. Rarely, they recommend men and women they would not control at times like this Instead stooges, surrogates and personal loyalists are recommended.
This is not to say there may not be exceptions. It is important to emphasize that in so far as the President has been on the Nigerian Political boat for a while, he should by ball standards be able to point out people in the different states he could work with. He should be less dependent on those nominated to him.
The President by way of caution, should watch his back carefully and must attempt to identify or to discover where the pressure to remove Chief Oghiadome and Gulak is coming from. He may who Isa Saidu now using paid advertorials in calling for the head of Chief Oghiadome.?  Is Saidu for the president or against him? Yesterday, it was Elder Orubebe and Alison Maclueka must go, today is Oghiadome, Gulak and Tukur, tomorrow may be chief Tony Anineh and Sambo.
The Nigerian Constitution gives the president the power to appoint and also fire any of his aides as he may deem proper to do. He does not need to be harassed by mischief makers laying false claims against any of his aides so that he could be sacked. Recent happenings are enough to warn President Jonathan that conspirators with antics to weaken his support base are every where. If any of the pressures are mounting with a view to create an opportunity to distract the President from his entitle a 2 term in office come 2015, he should act fast. Gulak and Oghiadome are known Presidential aides one whose loyalty and commitment to Mr. President’s 2nd term agenda is above board. They are no pretender’s when it comes to urging the President to exercise his right to contest in 2015.
Let Oghiadome and Gulak be.
Chief Barr. Utum Eteng, a private legal practitioner and public affairs analyst wrote in from
Calabar, Nigeria.