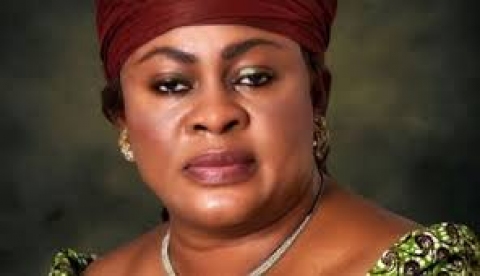 The Oduah Saga and the Nigerian Inquisition

By Obichi Ikechi With the flurry of attacks on the Aviation Minister, Mrs Stella Oduah since it was reported that the Nigeria Civil Aviation... 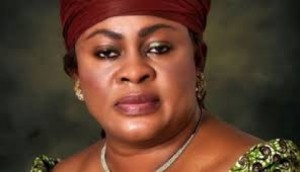 With the flurry of attacks on the Aviation Minister, Mrs Stella Oduah since it was reported that the Nigeria Civil Aviation Authority (NCAA) bought two bullet proof cars for her ministry, one cannot but wonder if there are other motives behind the attacks especially as this is not the first time she faced a barrage of suspicious criticism. The NCAA bought two bullet proof cars to service the agency’s visiting foreign dignitaries and the minister when the need arises. The minister, who did not make the purchase, is being attacked even as she will leave the cars behind at the end of her tenure.  Mrs Oduah did not purchase, negotiate or take custody of the cars, neither have any wrong been established against her. Yet, she has been at the receiving end of spurious attacks. That begs the question: Could there be a sinister angle to the constant clamor for Stella Oduah’s resignation given glaring facts that beg examination?:

1.How many of Nigeria’s public officials drive around in armoured/bullet proof vehicles? A cursory check will reveal practically all of them do. Since that is the case, why the focus on only Oduah? Why do the armchair critics not name and shame all guilty officials starting from the president down to the Local Government Chairmen.

2. How many of Nigeria’s aviation ministers since 1999 have achieved a fraction of what Oduah achieved in her short tenure? Could there be a motivation here? Recently one of the ex-ministers of aviation, who has a history of substance abuse and an outstanding case pending with the Economic and Financial Crimes Commission (EFCC), attacked Oduah claiming “there is more to Aviation than beautifying airports”. Yet this is a minister who could not do so much as beautify airports during his tenure. He it was, who as Aviation minister, broke all known laws to employ an uncountable number of directors from Osun State alone for the aviation sector? That was the same man, who as aviation minister, lied to Nigerians that the 2005 Bellview air crash which claimed 117 lives was as a result of a bomb exploding mid-air when accident investigators and well informed observers of the sector who visited the crash site, held a contrary opinion.  Rather, his short term as aviation minister was fraught with nepotism, EFCC scandals, and numerous concubines and mistresses. Shortly after his article attacking Oduah the so-called ‘bullet-proof’ car scandal broke.

Since 1999 with minister after minister, the aviation sector has suffered neglect and deterioration until the arrival of Oduah as aviation minister. She has practically refurbished all the airports in the country and oversaw the upgrading and timely completion of the Enugu International airport. Why is it now that Nigerians should have a problem with a sitting minister of aviation whose performance has far outshone that of her predecessors? Where was the activism when planes were dropping from the sky willy nilly and airports were in a constant state of disrepair? As the records show, Oduah had not come to the aviation ministry when unworthy aircrafts were brought into the country against existing rules and standards to ply the country’s airspace.

The critics also latched on the recent regrettable air crash in the country to blame the minister when as a matter of fact, the latest crash and the ones before it, were a direct result of the corruption that reigned supreme in the sector which then allowed the importation of out dated aircrafts into Nigeria before she came in as minister.

Besides, according to the Accident Investigations Bureau (AIB) report on the recent crash, the analysis on the aircraft’s black box, blamed the disaster on “operational faults from the Pilots and co-pilots and also later engine failure.” In that case, the competence of the pilot and co-pilot who tried to get the former to abort the flight, was brought to question.

Today, those evil doers who were at the helm, or whose people  were in charge, or who facilitated the evil transactions during such dark days, are the ones either criticizing or sponsoring the unguarded vitriolic criticisms of this performing aviation minister, who has not been found guilty of any offence yet.

Do we as Nigerians just hate progress? A similar parallel can be drawn to the cases of erstwhile power minister, Barth Nnaji and Festus Odimegwu of the census commission who were forced out while they were on the cusp of reforming the power sector and census commission. A similar false accusation of nepotism was leveled against the Army chief, who has been doing a phenomenal job of finally restoring the Nigerian army to the professional organization it had long ceased to be, but that fell flat. Do we start to see a trend here?

As Nigerias, we really need to do some soul searching to find the bane to our economic liberation and tackle it. It is within our control. We just need the will to eliminate the common thread that seems to drag us back just when are on the cusp of a breakthrough. There is a common thread and we need to nip it in the bud now or we will forever take one step forward and two backwards. Enough said.