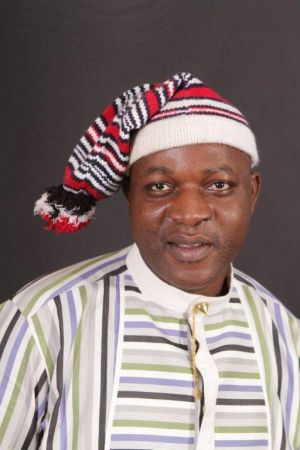 By John Okiyi Kalu Most Nigerians, especially those active in online social media such as Facebook and Twitter,  are familiar with the gruesome murder... 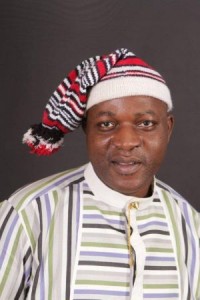 Most Nigerians, especially those active in online social media such as Facebook and Twitter,  are familiar with the gruesome murder of 4 students of the University of Port Harcourt a year ago at neighboring Aluu community in Rivers State. The unfortunate students reportedly went to collect money owed by another student living in Aluu who had severally defaulted in paying. The debtor student rather than pay up screamed to high heavens that armed robbers are in his house and the members of the local vigilante services showed up promptly, “arrested” the students and took them to the paramount ruler of the community with a sizable mob in tow. The paramount ruler on sighting the animated crowd repeated the Pontius Pilate mistake of over 2000 years ago by giving “popular” permission for the students to be summarily dealt with, without as much as fair hearing.

I still have videos of the 4 Uniport students being beaten to pulp by men and women of Aluu community, with mothers even participating in the notoriously popular Aluuwood lynch movie . As the lynching of the students progressed, many joined the crowd to stone, flog and even spit on the already weakened students who could no longer speak for themselves. The initial pictures I saw of the Aluu lynching at about 3pm of that sad day via BBM was tagged “armed robbers caught in Uniport” It was later revealed that even relatives of the students who arrived the scene were too scared and overwhelmed to stop the mob. Even when they sought help from the police, the police were also scared of the size of the mob and practically refused to intervene. The children were thus helpless until the Aluu lynch mob finally  burnt them  to ashes, with one of them still alive and breathing as at the time matches was scratched to put fire on his kerosene soaked flesh.

That incidence still remains the most heart wrenching, dream shattering and agonizing video ever seen online to most of us with moral conscience. The follow up video of the mother of one of the victims crying and raining curses on those who killed her son remain a painful reminder that following the crowd to do evil is not good. Some of the perpetrators and masterminds are still in detention with others granted bail last week by the court. Parents of the students are setting up a foundation in memory of the lynched boys. Life goes on for the rest of the society who have found ways to exculpate themselves of any form of responsibility or guilt for the murderous mob action.

Unfortunately our outrage over the Aluu incident didn’t end mob actions in Nigeria. Weeks after Aluu,  “armed robbers” were burnt to ashes at Mushin in Lagos. There have also been other reported incidences of mob rule similar to the Aluu evil show. In almost all such cases, popular mob rule prevailed against common sense,  good conscience, law and order. Our people, who are generally inclined towards the spectacular and “follow follow”,  tend to throw away civilized behaviour and embrace populist mob rule at the slightest prompting. It doesn’t matter if it is at Aluu or Facebook community.

We  just might be  true descendants of Biblical jews who long ago screamed “crucify him” without even knowing why Jesus should be crucified. In that state of mass hypnotism, the arrow heads of the conspiracy targeted at Jesus Christ of Nazareth even requested that a confirmed armed robber and killer be set free so they can have their real target killed. They had their wish.

Most people will say “tufiakwa, those who killed Jesus were evil” but they forget they have also made similar popular choices for same reason of following the mob and populism. I dare say that that attitude is more pronounced within the Nigerian online, media and activist communities.

I have read and listened to people who know next to nothing about an issue argue as emergency “experts” when someone is being lynched in the media or online. Most times they watch Channels and AIT or read one “oga on top” vomit some ignorant nonsense and they join the chorus. Others read fantastic headlines from popular online media and scream “crucify him” without even digging deep into the complete story. Some adult Nigerians are familiar with the 1989 Ebony riots instigated through rumor mongering by a prominent “activist” and educationist.

Knowing our penchant to follow headlines, online media proprietors (and some mainstream media too) sell fantastic headlines to Nigerians with the main body saying nothing or at most couched in ambiguity, with the sole objective to mislead gullible Nigerians to act or think in a particular direction. With little inducement of the media (online or mainstream) you can practically create a massive buzz around any issue or person and even force Nigerians to only think in a particular direction for weeks. It is so bad that you can even literally make unsuspecting Nigerians kill their father and mother and eat their flesh. Some Pastors in our churches are  adept at using the pulpit to  similar effect.

This manipulative capacity is also employed effectively to blackmail or settle scores with real or perceived opponents even in politics. If you doubt it’s effectiveness, flash back to “occupy Nigeria” nonsense of last year which was carefully crafted and managed by political opposition elements using mainstream media and online  tools to almost bring down Nigeria’s elected govt via copycat demonstrations in Lagos and Abuja. Students of history, are  familiar with  the role played by the media in terminating the regimes of Shagari, Buhari and IBB. Ask ex-Ministers Barth Nnaji, Fidelis Nzekwe, Kema Chikwe or even ex-NPC Chairman Festus Odimegwu how they lost out in the power game through online and media lynching organized and funded by faceless cabals in the public service of Nigeria.

Arguably, the best illustration of online Aluu mentality in action should be the case of Arunma Oteh and now Stella Oduah.

Do you still remember the mass hypnotic seduction tagged “Otehgate”?

There are certainly similarities between Arunma Otehs lynching and that of Stella Odua currently going on.
In Oteh’s case, the Chairman of House of Representative Committee on Capital Markets came for “oversight duties” at SEC headed by Ms Arunma Oteh, made financial (some say with sexual) demands on her ostensibly to sponsor public hearing of his committee in the Federal House. After consultation with her Board, Ms Oteh rejected the demands but offered first class tickets to Dominican Island with estacodes to attend a capital market course to the “honourable” member. But the  legislator had his eyes fixed on minimum of N44m for the “public hearing on SEC”. Otherwise he will use his powerful office and “show her” and the SEC Board.

For not conforming to standard practice and routine expectations, Arunmah was dragged before the HOR and grilled, abused and demeaned by an angry Hembe who even had the temerity to question the academic qualification of a woman who served international organizations meritoriously in US and with first class degree. Documents like hotel bills were brandished to rubbish her without any opportunity to defend herself. In anger, Arunmah did the unthinkable by telling it all in full glare of live national assembly cameras. Egos were bruised, national assembly “oversight” extortionists were rubbished and exposed for what they were worth.

Within hours, the online lynch mob were mobilized and came after Oteh in full force. Hotel bills for officially hosted events were published with claims that she alone ate and drank beer worth N850k in one sitting. The “Arunmah must go” frenzy gained momentum and she was thoroughly pummeled by our online Aluu mob and brought to her tearful knees. They poured kerosene to set her on fire but some of us with conscience stepped up and asked “WHY”? As the number of those asking questions increased, including her state Governor, Hembe was ultimately forced to resign as committee chairman, arrested by EFCC and the lynch mob quietly threw away their matches and stones. The Presidency then lifted her up and lent her a shoulder to lean on as she shed tears with blood dripping all over her pretty body.

She was another victim of Nigeria’s online Aluu community.

I read recently that Arunmah Oteh led SEC is making tremendous progress and her leadership is seen by genuine observers and reform minded operators as the best ever. New rules, investment options and products have been introduced. The stock market is deepened and Nigerians have started buying stocks with renewed vigour and confidence.

The natural question to ask is what if we had allowed the lynch mob to burn and kill her?

Those of us who dared to stand with Arunmah in those days were blackmailed  with “anti-corruption” sloganeering by individuals whose personal storybook are written with filthy pens, charges of ethnicity and/or tribalism, ignorance and support for the status quo. Yet we held our ground against the mob because we were convinced that something must be terribly wrong with the structure of Nigeria if people that served meritoriously abroad cannot replicate same in Nigeria. We also understood  the evolving pattern of veiled ethnic lynching masquerading as “nationalism and patriotism”. The hypocrisy and/or ignorance of the lynchers as well as their lack of attention to details were  obvious.

Of course some of us fully expected that in a country where the only proof of Nigerianness for an Igbo man is to be anti-Igbo, fellow Igbos will be the first to cast stones at Oteh in expectation of acceptance by Nigeria. Yet our spirits were buoyed by the awareness that the best stand to take is to stand with the truth, facts and your conscience, regardless of who is involved. If truth is good for the Hausa or Yoruba man, it surely must also be good for the Igbo and Ijaw man. If you can jump in defense of others, you have no reason to fear labels when your own are wrongly accused, maligned and lynched. O ka nma na ama is not a good title in Igboland.

Not surprisingly, the Aluu online lynch mob are out again at full force. Now they are after reform minded Minister of Aviation, Stella Oduah.