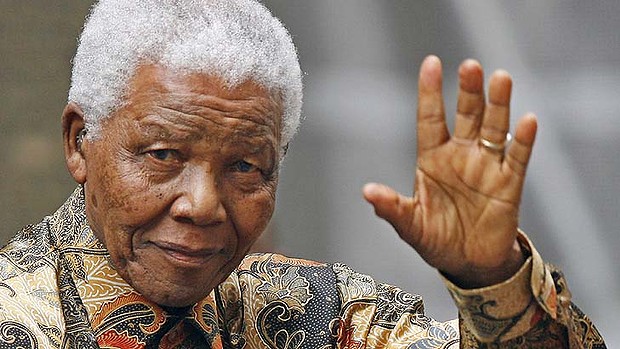 In nearly seven decades spent fighting for freedom and equality, Nelson Mandela inspired and challenged the world to stand up for others. As... 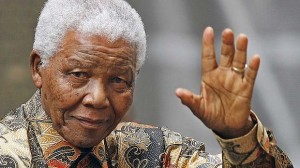 In nearly seven decades spent fighting for freedom and equality, Nelson Mandela inspired and challenged the world to stand up for others. As word of Mandela’s death spread Thursday, current and former presidents, athletes and entertainers, and people around the world spoke out about the life and legacy of the former South African leader.

Some like former U.S. President Jimmy Carter had personal connections with Mandela. The two worked closely through a group of global leaders — The Elders — that Mandela formed in 2007 to promote human rights. Others only knew Mandela from afar but shared how they drew strength from his strength and looked to live his message of continuing the struggle against social injustice and for human rights.

Carter, who promotes human rights in working through the Atlanta-based Carter Center, said the people of South Africa and human rights advocates around the world had lost a great leader.

“His passion for freedom and justice created new hope for generations of oppressed people worldwide, and because of him, South Africa is today one of the world’s leading democracies,” Carter said in a statement.

“He no longer belongs to us. He belongs to the ages,” said U.S. President Barack Obama, who shares with Mandela the distinction of being his nation’s first black president.

U.N. Secretary-General Ban Ki-moon said Nelson Mandela was “a giant for justice” who inspired people to fight for a better world. In 2009, the United Nations passed a resolution marking July 18 as Nelson Mandela International Day.

“No one did more in our time to advance the values and aspirations of the United Nations,” Ban said. “Let us continue each day to be inspired by Nelson Mandela’s lifelong example to keep working for a better and more just world.”

On Thursday, The U.N. Security Council interrupted a meeting on the tribunals for former Yugoslavia and Rwanda and stood for a minute in silent tribute to Mandela.

Former U.N. Secretary General Kofi Annan said the world had lost “a visionary leader, a courageous voice for justice and a clear moral compass.” Both Annan and Archbishop Desmond Tutu were part of Mandela’s group of statesmen known as The Elders.

“God was so good to us in South Africa by giving us Nelson Mandela to be our president at a crucial moment in our history,” Tutu said. “He inspired us to walk the path of forgiveness and reconciliation and so South Africa did not go up in flames.”

Prince William and his wife, Kate, were attending the London film premiere of “Mandela: Long Walk to Freedom” when Mandela’s death was announced.

“We were just reminded of what an extraordinary and inspiring man Nelson Mandela was, and my thoughts and prayers are with him and his family right now,” William said.

” As we remember his triumphs, let us, in his memory, not just reflect on how far we’ve come, but on how far we have to go,” said the U.S. actor Morgan Freeman, who portrayed Mandela in the 2009 film, “Invictus.”

“He proved that there is freedom in forgiving, that a big heart is better than a closed mind, and that life’s real victories must be shared,” President Bill Clinton said in a statement.

In Haiti, a Caribbean nation that became the world’s first black republic in 1804 through a successful slave revolt, Mandela symbolized the struggle for black equality.

“Mandela is not only the father of democracy in South Africa, but is also a symbol of democracy,” said Haitian President Michel Martelly. “And like any symbol, he is not dead. He is present in all of us and guides us by his lifestyle, his courage and faith in the true struggle for equality.”

“Mandela’s message will not disappear. It will continue to inspire those fighting for freedom and to give confidence to people defending just causes and universal rights,” said French President Francois Hollande, who is hosting dozens of African leaders this week for a summit on peace and security.

“He devoted his life to building a more just, equal and compassionate world, and we are all better for it,” Bloomberg said.

In New York City’s Harlem neighborhood, artist Franco Gaskin, 85, stood before a mural featuring Mandela he had painted on a storefront gate almost 20 years ago. He remembered a Mandela visit there in 1990. “It was dynamic, everyone was so electrified to see him in Harlem,” Gaskin said. “I idolized him so much. He leaves a legacy that all of us should follow.”

“Through his leadership, he guided the world into a new era of politics in which black and white, developing and developed, north and south, despite all the huge differences in wealth and opportunity, stood for the first time together on equal terms,” said former U.K. Prime Minister Tony Blair.

“Through his dignity, grace and the quality of his forgiveness, he made racism everywhere not just immoral but stupid; something not only to be disagreed with, but to be despised,” Blair added. “In its place he put the inalienable right of all humankind to be free and to be equal.”

Mandela was mourned in Cuba, which has long felt a close bond with the late South African leader. Havana considered him a hero for supporting it amid U.S. and international criticism.

Tiger Woods said Mandela’s death was “a sad day” for so many. Woods, the first golfer of black heritage to win the Masters in 1997 with a record-breaking performance, visited Mandela soon afterward during a tournament stop in South Africa. “He invited us to his home, and it was one of the inspiring times I’ve ever had in my life,” he said. “The energy that he has, that he exudes, is unlike any person I’ve ever met.”

At the Muhammad Ali Center in Louisville, Ky., on display is a photograph of the U.S. boxing great with Mandela, their hands clenched into fists as if they’re boxing.

“He made us realize, we are our brother’s keeper and that our brothers come in all colors,” Ali said in a statement. “What I will remember most about Mr. Mandela is that he was a man whose heart, soul and spirit could not be contained or restrained by racial and economic injustices, metal bars or the burden of hate and revenge.”