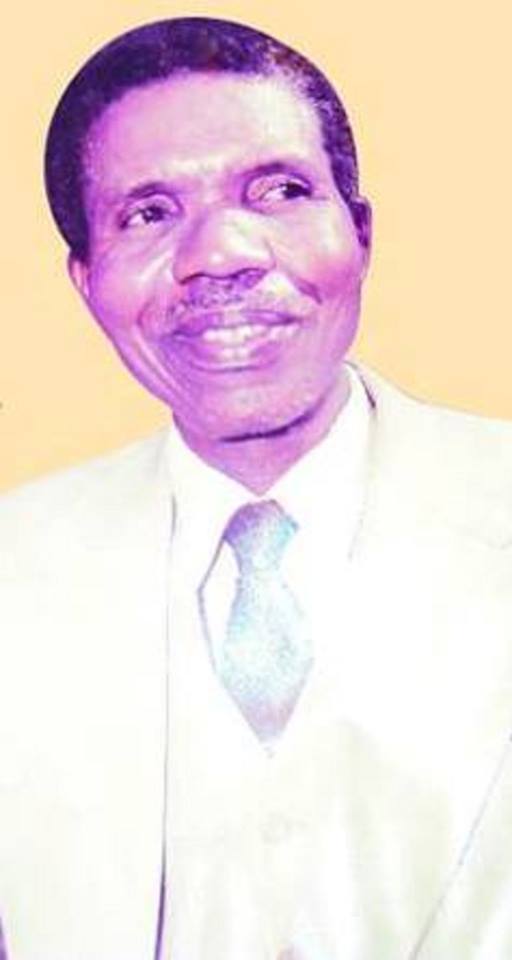 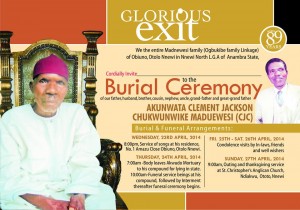 My Dad –
GLORIOUS EXIT OF A GREAT MAN, AKUNWATA CLEMENT JACKSON CHUKWUNWIKE (CJC) MADUEWESI
Akunwata Clement Jackson Chukwunwike (CJC) was the second son of late Mr. & Mrs. Joseph & Alice Maduewesi of Uyanwa Eze-Oguine Ezenwa Royal Family of Obi-Uno, Otolo, Nnewi in Nnewi North Local Govt. Area. He was born at Ekwulumili on the 11th September, 1925 where his parents did their missionary work.Akunwata CJC Maduewesi was a self-made man. He started teaching at CMS Central School, Oba, 1944. He became a Headmaster in 1955. He was promoted to Special Headmaster in 1976. He became a Senior Supervisor of Schools in 1983.
He was a Lay Reader in the CMS Anglican Church by 1955. He was the Secretary of the Nigerian Union of Teachers (NUT) Nnewi Zone, from 1956 to 1966. He served as Chairman, Nnewi Local Council from 1965-1970.Akunwata CJC was blessed with seven (7) children; 4 sons and 3 daughters, but survived by:-
Mrs. Josephine Akubueze Nwanyibuife
Sir. Prof. Byron Azubugwu Uzodinma
Mrs. Peace Obianuju Ofodile
Mrs. Charity Uzoamaka Maduako
Pharm. Nelson Chike
Barrister Emeka Eugene
Mr. Victor Tochukwu 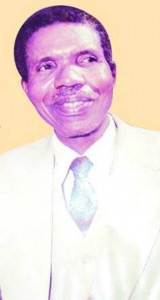 My father Akunwata CJC Maduewesi served as the Chairman of Nnewi Town Council from 1965 to 1971. He presided over the meetings in which the idea to build the Nkwo Nnewi Market was hatched, discussed and executed immediately after the Biafran war.

With his cousin Igwe Kenneth Orizu III (Royal House of Nnofo), they were not afraid to cut the Agbo Edo, a forest dedicated to Edo deity, for the benefit of Nnewi people. Both being in their forties then, some thought they would die young. Akunwata lived to be 89 years old and Igwe KON Orizu III, God bless Your Highness, celebrated his 50 years on the throne last December.

Akunwata shall be laid to rest at his compound, No. 1 Amazu Close, Obiuno Otolo Nnewi, near Igwe Orizu’s Palace, on Thursday 24th of April. In-laws, friends and well wishers shall pay condolences on Friday 25th of April, 2014.

Adieu, my dear father, the greatest teacher and mentor I ever had! The Lord whom you served has already welcomed you in that mansion Christ promised us.