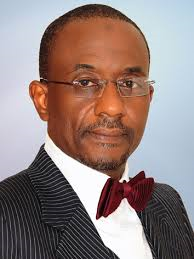 Lessons Of Sanusi’s Hurry To The Kano Throne

By Emeka Ugwuonye President Jonathan ought to have learned some important lessons about power from his encounter with Sanusi. As I have said before,... 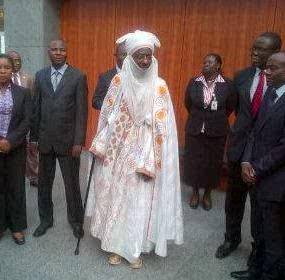 President Jonathan ought to have learned some important lessons about power from his encounter with Sanusi.

As I have said before, Sanusi is the kind of Central Bank Governor that no President would like to have. Of all that Sanusi is alleged to have done wrong, to me, the worst was his unilateral decision to donate Nigerian Government money to Kano victims of Boko Haram, when he never did that for victims from other parts of the country. That act became odious when one considered the fact that Sanusi had all along been angling to succeed the Emir of Kano. It could be said that he used Nigerian Government money to buy himself the Emirship. That’s bad.

Having said that, Jonathan is to blame for the poor handling of Sanusi. It shows that the President may not be a good student of power. The last thing any President (exclude military heads of state) wants is to have an open and active personalised animosity with a sitting Emir. Once Jonathan realised that Sanusi was an enemy, he ought to have handled him in a way that would have prevented him from succeeding as the Emir. If Sanusi was arrested for financial improprieties then, there would have been no argument and confusion over his suspension, as there would have been no suspension all. There would simply have been an arrest. And if he was facing criminal indictment, he might not have become the Emir.

Don’t get me wrong! I am not teaching this President how to use the criminal justice system abusively to destroy enemies. He already knows how to do it and he has done it in the past. I just wondered why he did not do it in Sanusi’s case. That would have been better than all the children’s games going on with suspension, seizure of his passports, and the rumoured investigations and accusations of interfering with the Emirate succession.

Make no mistake about it: Sanusi is now untouchable. An Emir does not have immunity from prosecution. The problem is that there is no prosecution against the Emir now that would not look suspicious. If you waited until he became the Emir before you try to indict him, forget it. You cannot get anywhere with that. No sane President is going to get his administration mired in a questionable prosecution of the Emir. Those who believe that President Jonathan would prosecute the Emir of Kano under the circumstances do not seem to realise the factors on the ground.

President Jonathan is embattled very seriously – from within his party as members defect, from his handling of Boko Haram and the increasing global perception that he is a weak President and might not be able to hold the country. The President needs to climb out of these low points, and not to start a fresh quarrel with the Emir of Kano.

People have been quick to observe that an Emir is a little power compared to the President. Someone even went as far as referring to what Abacha did to the Dasuki’s. But that was Abacha. Jonathan is a constitutional president, not a junta. So, he cannot be expected to behave like Abacha. Also, Abacha was a Muslim while Jonathan is a Christian. Nobody would read religious undertone to whatever Abacha did to an Emir. But that would not be the case about Jonathan’s comparable actions.

Who appointed Sanusi, by the way? Jonathan! What sort of character or fitness evaluation did he conduct before he chose Sanusi? There are many more Sanusi’s in Jonathan’s government.

Finally, even though the Emir is an inferior political force than the President, do not forget the effect of time. Sanusi, will remain the Emir for the next 30 years. He has a superior staying power which would adequately compensate for the mighty but short-lived presidential powers. The Emir would remain influential for a longer time. He would help shape public opinion about Jonathan after Jonathan is no longer the President. And bear in mind that Presidents care very much about their legacy. So, having an Emir at war with your legacy is not a good idea.

Whichever way you look at it, every student of power would agree that President Jonathan mishandled Sanusi’s threat. And now Sanusi is practically untouchable.