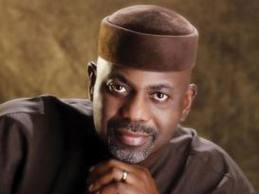 No Cause for Alarm over Boundary Demarcation by Nigeria-Cameroon Mixed Commission – C/River Govt.

Diana Okon-Effiong, Calabar The Cross River Government has appealed to communities located on the boundary between Nigeria and Cameroun to avoid raising unnecessary anxiety...

The Cross River Government has appealed to communities located on the boundary between Nigeria and Cameroun to avoid raising unnecessary anxiety over fresh demarcation of their areas.

The state government’s advice was given by Mr Ata Ochinke, the Attorney-General and Commissioner for Justice, in an interview with the our correspondent in Calabar.
Ochinke spoke against fresh rumours in the state over the presence of soldiers accompanying the Nigeria-
Cameroun Mixed Commission personnel to demarcate new areas in the state.
He also assured that the state government had lost no new territories to Cameroun, adding that the presence of the team was not a new development.
“The demarcation that is going on there is to re-establish that Anglo German boundary line which the World Court adopted as the boundary between Nigeria and Cameroon.
“It is not a new line and it is not cutting any territory of Nigeria into Cameroon. The action now is not demarcating any new territory but re-establishing a boundary line that has existed for over a hundred years.
“The communities there are expressing anxiety because these are communities that are virtually right on the boundary line.
“The communities both on the Nigerian and Cameroon side are actually one community, one people and they have very little respect to the boundary line in the way they live their life.
“But of course the boundary line is something they have always known and since the boundary line is so close to the communities which they know both on the Nigeria and Cameroon side,’’ Ochinke said.
According to him the Danare and the Biajua communities specifically are aware of where the boundary lines are.
“None of those communities are ignorant of where the boundary line is. What is causing their present anxiety is that there is one boundary pillar that they are looking for that has not been found.
“So the present exercise by National Boundary Commission (NBC) is for them to establish the location of this pillar which is pillar 113 (A).
“It has nothing to do with demarcating Nigerian territory to Cameroon or Cameroon territory to Nigeria. That is not the essence,’’ he said
The Attorney-General also offered some reasons for the anxiety in the affected communities.
“But when boundary demarcation activities are taking place in communities that are virtually living on the boundary, you will know that every inch that you turn is bound to raise anxiety.
“If you are searching for a pillar and you don’t know where it is, you are bound to search in one direction into Cameroon and in one direction into Nigeria.
“So when the people carry out their search into one direction into Cameroon, of course the Cameroon villagers will begin to express anxiety.
“ When they carry out their search into Nigeria, the Nigerian community will begin to express anxiety,’’ he said.
Ochinke said there would be reduction of uncertainties when pillar 113 (A) is located.
“What will settle all of these is if they can actually establish the location of the pillar 113 (A) and then everybody will say okay this is the pillar.
“Now the anxiety in the communities is that the existence of pillar 113 (A) is something they are not aware of and it is strange to them. We are all looking to establish where pillar 113 (A) is.
“It is not that anybody wants to cede territory to Cameroon. Nigeria has not lost any new area to Cameroon. The boundary line which was established over 100 years ago has not changed.
“This demarcation is being done by the Nigeria/Cameroon Mixed Commission under the auspices of the United Nation.
“The Nigeria/Cameroon Mixed Commission under the auspices of the United Nation has resumed the demarcation of the boundary between Nigeria and Cameroon in Danare and Biajua communities.
“The commission is also searching for the missing pillar 113A in Danare and Biajua communities in the border area.
NAN recalls that some members of Danare and Biajua communities of Boki Local Government Area of Cross River, led by a community leader Mr. Cletus Obun, Tuesday raised alarm over the presence of soldiers.
They alleged that “troops of Nigerian soldiers are now, since 9am forcing protesting youths in the border communities of Biajua and Danare to accept the ceding of parts of LGAs to Cameroon via the use of wrong map and voided treaty of the League of Nations’’.
According to Obun tension was mounting in the communities as “this is coming after the resistance by Biajua and Danare youths in Boki LGA not to allow the wrong demarcation of Nigeria/Cameroon boundary some months ago unless pillar 113A is found.

“We call for urgent intervention as Cross River state is not represented in the team,’’ Obun stated.