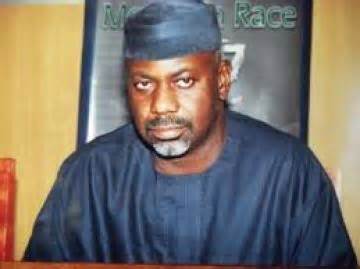 From: Diana Okon-Effiong, Calabar The production of palm oil will begin in the 6,384 hectare Wilmer/Calaro Oil Palm Estate in Mbarakom, Akamkpa area of... 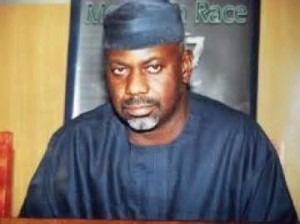 The production of palm oil will begin in the 6,384 hectare Wilmer/Calaro Oil Palm Estate in Mbarakom, Akamkpa area of Cross River by 2016.

This was disclosed by Mr Henry Dusmin, Senior Estate Manager, of the plantation in an interview with our correspondent at Wilmer/Calaro Oil Palm Estate, Mbarakom.
Dusmin spoke on the side lines of the visit by journalists to the estate to assess the scorecard of the government of Cross River from 2007 to date,
He said that the planting of new improved high-yielding specie of palm oil seedlings started in 2012 with the cultivation of 125 hectares.
Our Regional Correspondent learnt that the estate was inaugurated in 1954 as Colaro Oil Palm Estate on a 6, 384 hectares of land acquired from Mbarakom Community in Akamkpa Local Government Area of Cross River.
During the period 5, 394 hectares were planted under the state government until 2011 when government decided hands off direct production and finally privatised to Wilmer International.
The Malaysian company is expected to manage the estate for 25 years while the he management contract could be renewed afterwards.
Dusmin said: “The total hectares for this Area, Camp 1, is 5,550 hectares and we expect to plant about 4,780 hectares. As at now we have been able to develop 1,755 hectares where 1,400 was planted with oil palm.
“In the first planting sometimes in 2012 we planted 125 hectares. We expect it to produce three years after being planted.
Dusmin said the palm fruits were taken from the state in 1950 to Malaysia and now brought back to grow the Cross River economy.
He said that no fewer than 740 young people have so far been engaged as workers from nearby communities by the plantation management, adding that 40 of them staff members.
He said the company would site a refinery and the “crude palm’’ oil mills in the area: “The standard of the company is for every 5,000 there must be a mill to process the fruits.
“Those oil palms planted here were imported from our seed garden in Indonesia. It is an improved variety whose parents originated from Calabar after so many years of research and breeding to get a very rich and productive specie.
“ In Asia these specie produce up to 30 tons per hectare per year. Here we are yet to see that happen but we expect to be in the region of 22 tons per hectare per year.
He said the company practices a two-staged nursery – the pre-nursery (three-four months) and the main nursery (eight to 10 months).
“From here the seedling will be going out and planted in the field and declared mature after the palms have been planted for 36 months.
“We planted about 29-30 hectares or 360,000 seedlings of this specie here, enough to plant the whole Colaro. We also set to plant a whole of Colaro we just needed a lot of clearing and development.
“Contractors are involved in the maintenance of buildings and of the farms. We pay attention to the environment in our operations.
“ We do very specific weeding for the maintenance of the oil palm. Rainfall here is almost 5,000 millimetres, very high, and we allow a lot of cover-crop to reduce or minimise erosion,’’ Dusmin said.