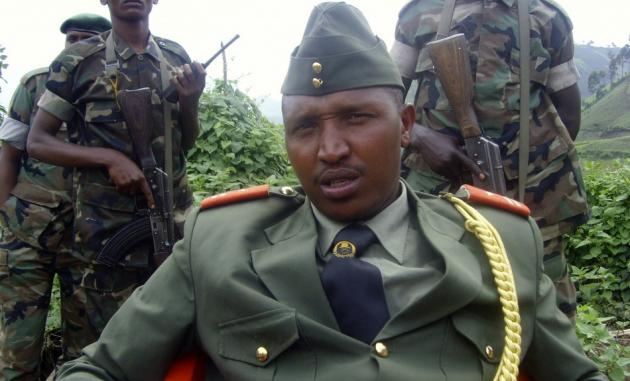 Accused Congolese warlord turns self in at U.S embassy

(AP) — A Congolese warlord accused of conscripting child soldiers who had lived as an international fugitive for years surrendered to the United States... 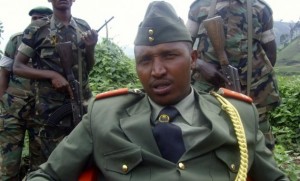 (AP) — A Congolese warlord accused of conscripting child soldiers who had lived as an international fugitive for years surrendered to the United States Embassy in Rwanda on Monday and asked to be transferred to the International Criminal Court, a U.S. State Department spokeswoman said.

The move marks a major advance in efforts to prosecute Bosco Ntaganda, who had become a symbol of impunity in Africa as he played tennis and lived in an upscale villa in eastern Congo despite the international warrants for his arrest.

State Department spokeswoman Victoria Nuland confirmed that Ntaganda walked into the U.S. Embassy in Kigali on Monday and asked to be transferred to the International Criminal Court at The Hague, Netherlands. She said the U.S. was consulting with the Rwandan government.

“We want to facilitate that request,” she said. “We strongly support the work that the ICC is doing to investigate the atrocities committed in the Democratic Republic of the Congo. And we are going to continue to work with the ICC on this matter.”

The ICC first indicted Ntaganda in 2006. However despite that warrant, he went on to become a general in the Congolese army, living freely in eastern Congo.

The ICC has no police force and has to rely on member states to detain those it indicts. Congo failed to apprehend him for years, and the United States is not a member.

“If he’s actually handed over to the International Criminal Court or a court that would prosecute him, that would be a huge step forward in the fight for justice in eastern Congo,” said Carina Tertsakian, a senior researcher for Human Rights Watch.

The allegations against Ntaganda date back to crimes allegedly committed a decade ago in northeastern Congo. However, human rights groups say he has been implicated in other attacks on civilians in eastern Congo during his time as a fugitive.

News of Ntaganda’s surrender first came in a Tweet and later in an official communique from Rwandan Foreign Minister and government spokeswoman Louise Mushikiwabo.

While Ntaganda was long believed to have enjoyed Rwanda’s support, his relationship with the country where he was born has been unclear ever since his rebel movement split into two different factions earlier this month.

It was unclear why Ntaganda choose to surrender, and to turn himself into the U.S. embassy, after years at large, though the split within his group may have left him more vulnerable. The move comes days after Ntaganda’s ally Jean-Marie Runiga was detained by Rwandan authorities. The leader of a rival faction within the M23 movement at the time vowed to go after Ntaganda next.

The news of Ntaganda’s surrender was hailed by Congolese government spokesman Lambert Mende.

“We are confident they will hand him over to justice,” he said of the U.S. officials in Kigali.

Nicknamed “The Terminator,” for his ruthless actions, Ntaganda was born in Rwanda in 1973, and moved to the neighboring nation of Congo as a teenager.

He was first indicted in 2006 by the International Criminal Court for conscripting and using child soldiers during his time as a senior commander in a Congolese rebel group accused of terrorizing the Ituri region of eastern Congo between 2002 and 2003.

He later joined and rose through the ranks of a different rebel group, the National Congress for the Defense of the People, which signed a peace accord with the Congolese government on March 23, 2009.

That accord paved the way for Ntaganda and his fellow rebels to join the ranks of the regular Congolese army.

Then last spring, he and his men began defecting from the Congolese army by the hundreds, claiming that the government had failed to uphold their end of the 2009 deal.

They started a new rebellion, dubbed the M23, in honor of the March 23 signing of the now-defunct 2009 accord. And in November last year, the rebel group marched into and seized control of the provincial capital of Goma.

Ntaganda’s exact role in the M23 rebellion remained murky. Human rights groups accused him of leading it, while other M23 leaders attempted to distance themselves from the fugitive general.

“Bosco Ntaganda is not called ‘The Terminator’ for nothing. The U.S. should immediately hand him over to the International Criminal Court for trial,” said Sasha Lezhnev, senior analyst for the Enough Project in Washington, who closely follows Congo. “This would send serious signals to current and future warlords who continue to perpetrate atrocities in eastern Congo.”

In Congo, Henri Bora Ladyi, who works at the Conflict Resolution Center which helps demobilize child soldiers, including some who fought in Ntaganda’s rebel army, said:  “It’s a relief, but justice must be done. We fear that he will be kept in Rwanda and won’t be extradited. Now what is important is to create space so that children in the M23 can leave the movement.”