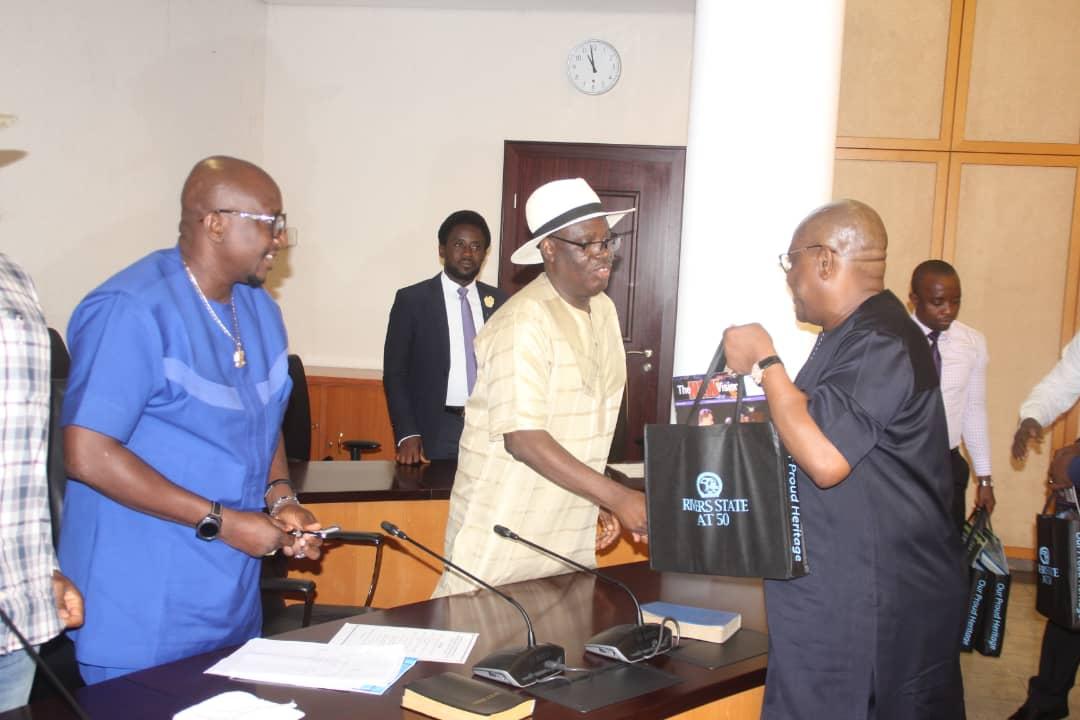 Rivers State Governor, Nyesom Ezenwo Wike has stated that the Nigerian Army staged a coup against Rivers State during the 2019 General Elections, describing... 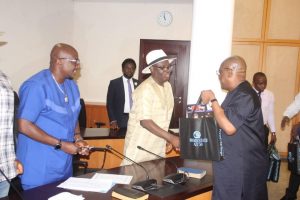 Rivers State Governor, Nyesom Ezenwo Wike has stated that the Nigerian Army staged a coup against Rivers State during the 2019 General Elections, describing their actions as the worst in the nation’s democratic history.

Addressing the  Joint House of Representatives  Committees on Army, Police, Human Rights and Justice at the Government House Port Harcourt on Monday, Governor Wike said that the Nigerian Army acted illegally  because they were working to impose a pre-determined leadership on Rivers State.

He said: “It is really unfortunate.  All of us know that there was a coup in this state, organised by the Nigerian Army.  In the history of this country, it has never happened where during ordinary election, Army will begin to kill people for no just cause.

“Because they believe a particular person or a particular party must win, it doesn’t matter how many people die. It was shown on National Television.  We watched how the Army invaded the whole Electoral Commission “.

He regretted that the Federal Government has never worked to assist Rivers State Government fight insecurity.

“Even if you make recommendations, nothing will happen.  I don’t know whether we are in a military regime or civil Administration”, he said.

The Governor noted that aside the Army, the Federal Special Anti-Robbery Squad (F-SARs) has been a major anti-democratic force in the state, since the 2016 rerun elections.

He pointed out that the F-SARs murdered a PhD Holder and Chartered Accountant in cold blood simply because they wanted to subvert the will of the people.

Governor Wike wondered why the General Officer Commanding 6 Division of the Nigerian Army is still unpunished, despite the negative roles he played during the elections.

“The GOC here is a politician.  Nothing has happened  to him because  he was sent. If it was when the country  was a country, you cannot be keeping that GOC. He is sabotaging  the security network “, he said.

He suggested that urgent measures  be taken to rejig the security architecture of the country, in view of the nationwide security challenges.

The Governor said rather than address the security  challenges facing the country, security agencies move against critics of security failures.

Earlier, Chairman of the House of Representatives Committee on Army, Rimande Shawule Kwewum said that were in the state to investigate  killings by the F-SARs on the basis of a motion by the Member Representing Obio/Akpor Federal Constituency, Mr Kingsley Chinda on the killing of Dr Ferry Gberegbe during the elections.

He said that the joint House of Representatives Committees are in the state are on a fact finding mission.

He said that the Committees will sit down and  allow all the stakeholders to state their positions for the committee  to arrive  at the truth and make relevant recommendations.

The Federal Lawmaker said that there is a correlation between insecurity and under-development. He said that countries that  suffer insecurity  hardly make progress.