A  Niger Delta group, the Ifalibobou Revolutionary Movement, (IRM) on Tuesday expressed safety concerns over the state of an oil rig deployed to oilfields... 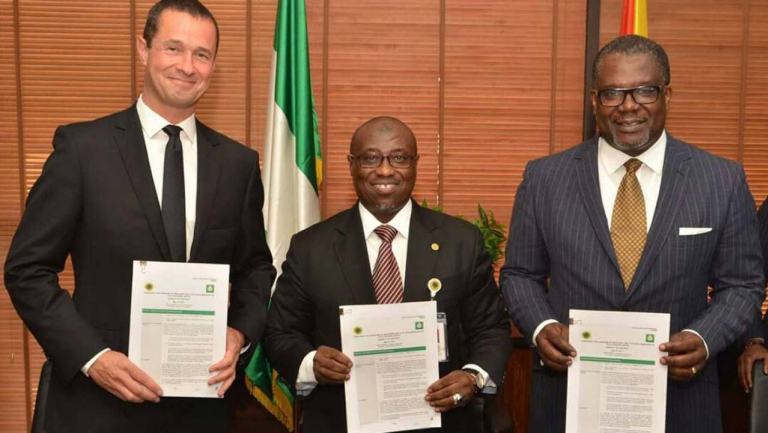 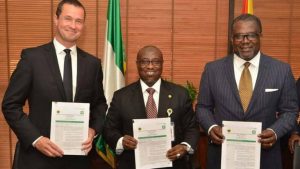 A  Niger Delta group, the Ifalibobou Revolutionary Movement, (IRM) on Tuesday expressed safety concerns over the state of an oil rig deployed to oilfields at Koluama coastal communities in Bayelsa.

The group issued an ultimatum to First Exploration and Petroleum Development Company (First E&P) to clarify the safety records of the rig within 72 hours to avoid a repeat of the 2012 rig disaster in the area.

It demanded that failure to show proof of integrity of the facility, the rig should leave the territorial waters of Bayelsa in Southern Ijaw and Brass Local Government Areas of Bayelsa..

First E&P, an indigenous oil firm in 2015 acquired Oil Mining Lease (OML) 83 and OML 85 oilfields when Chevron Nigeria Limited (CNL) divested its 40 per cent interests in the oil blocs to become its operator.

A rig blow out in January 2012 at Chevron’s oilfield in the area resulted to a fire that burnt out the KS Endeavor rig in 48 days.

The leader of IRM, Joseph Sese in a statement in Yenagoa expressed sadness that the company began operations in the area without taking cognizance of the negative impact their operations would have on the host communities.

“We express our deepest concern over the sudden appearance of an oil drilling rig contracted by First Exploration and Petroleum Development Company in the Territorial waters of KEFFES host Communities in Southern Ijaw and Brass Local Government Areas of Bayelsa state.

“As aboriginal indigenes of the coast line and territorial watch dogs we are highly vexed by the manner of your voyage for oil exploratory activities in our offshore waters without any show of the integrity of the rig to the community.

“As the incident of 16th January, 2012 is still fresh in our memory except you jack-up your rig and leave our region within seventy two hours (72hrs) for the safety of your workers and equipment.

“We sincerely don’t want a repeat of the disastrous gas exploration that caused severe damage to our marine environment and the entire ecosystem of the KEFFES region.

“The way and manner your rig appeared in our territory is a sad remembrance of the way and manner the Rig, K.S. Endeavor came into our coast in an oil exploratory activities without an EIA Report and Contingency Plan as required by law.

“The end of it was a colossal damage to Human and Environmental Elements.

“It is imperative to state that your drilling operation will generate severe environmental impact such as Air and Water pollution, climate change, over exploitation of the marine ecosystem.

“It  will yield major ecological and environmental stresses with irreversible loss of species, destruction of habitat and climate catastrophes.

“Your activities will impact not only the states and dynamics of natural resources and ecosystem but also alter human health, wellbeing, welfare and economic wealth since these resources are support fortunes to the human lives in the area”, the statement read in part.

According to the statement, the oil rig is stationed to drill the Ayala oil field, (OML83) with a potential reserve of 200 million barrels of oil equivalent.

In a reaction, Mr Mathew Sele-Epri, Chairman KEFFES Rural Development Foundation described the threats as baseless and a ploy to seek attention adding that the community leadership was in a transparent relationship with First E&P.

Sele-Epri said that the allegations by Sese as false and unfounded as the company had established a mutually beneficial relationship with the KEFFES communities for over three years.

“These allegations are completely false because First Exploration and Production has an existing relationship with KEFFES Rural Development Foundation which I am privileged to lead.

“We signed a Global Memorandum of Understanding (GMoU) in August 2018 are it is being implemented, it is also false that the community is not aware of the deployment of the rig, the community was duly informed before the rig arrived.

“We negotiated and got 18 employment slots for the communities and three people from Foropa where Sese hails from are currently working on the rig and the allegation on the safety of the rig is spurious.

“There is no form of doubt on the integrity of the rig because the company has been working with the regulators through the stages of the field development and we believe the regulators have the expertise to police the industry.

“The claims on EIA is also untrue, we in the community fully participated in the EIA conducted by Chevron before the divestment and when First E&P took over they have done some baseline studies and we took part in sample collection,” Sele-Epri said.