By Emeka Maduewesi Professor Charles Okechukwu Esimone has been appointed as the new Vice Chancellor of the Nnamdi Azikiwe University (UNIZIK), Awka. The new Vice... 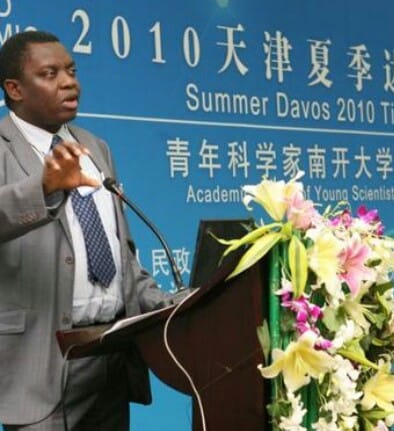 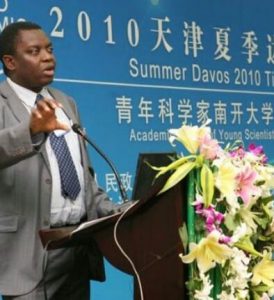 Professor Charles Okechukwu Esimone has been appointed as the new Vice Chancellor of the Nnamdi Azikiwe University (UNIZIK), Awka. The new Vice Chancellor was born in Tiko, Cameroon and attended the St. Joseph’s College Sasse, Cameroon  prior to graduating with the B. Pharm, M. Pharm and PhD degrees from the University of Nigeria (UNN). He hails from Akwaeze, Anaocha Local Government Area of Anambra State.

He has well over 200 publications. Recently, in “The List of 28 Most Published Scholars in Nigeria”, Prof. Charles Okechukwu Esimone was nominated as the 18th most published scholar in Nigeria. He has pioneered research in the use of recombinant viral vectors as surrogates for high through-put antiviral screening studies and on the use of indigenous medicinal plants as immunomodulators, vaccine adjuvants and anti-infectives. His vector-based antiviral screening technique developed between 2003 and 2005 in Germany has significantly revolutionalized high-throughput screening for anti-HIV compounds world-wide.

He speaks English, French and German. He is a recipient of several awards which include the Alexander von Humboldt Fellowship to Germany (2003-2005), Visiting Scientist to the University of Pittsburgh, USA (2007-2008), the ANDI Bright Contest Award for the Best African Innovative Researcher, South Africa (2009), Young Scientist representing Nigeria at the “Summer davos” Annual Meeting of New Champions, Tianjin, China (2010) and the CV Raman Senior Fellowship, India (2013).
.
He is a member of the Governing Council of the Pharmacists Council of Nigeria, the Nnamdi Azikiwe University and the Nanomedicine Society of Nigeria. He is indeed the Pioneer National President of the Nanomedicine Society of Nigeria. He has successfully supervised over 50 postgraduate students. He is a recipient of various national and international grants and a reviewer to several national and international journals.

He is a member of several professional bodies including the Global Young Academy and the American Society for Cell Biology. Prof. Esimone is a Fellow of the Nigerian Academy of Science, Fellow of the Pharmaceutical Society of Nigeria and Fellow of the Nigerian Academy of Pharmacy.
He is the State Campus Coordinator for Deeper Life Campus Fellowship, Anambra State and also a member, BOT (Board of Trustees) of Anchor University, Lagos. He is happily married and the marriage is blessed with three boys and two girls.