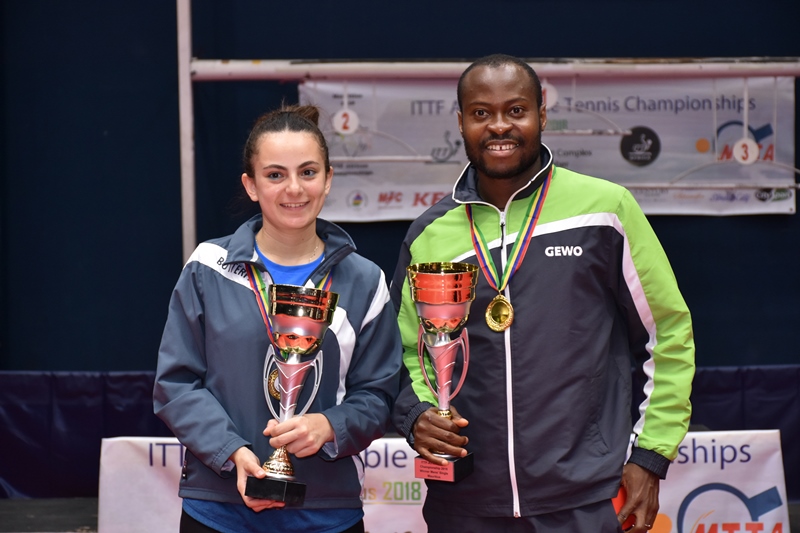 In less than one week, the best players from 15 African countries will converge in Lagos for the 2019 ITTF Africa Cup, which serves... 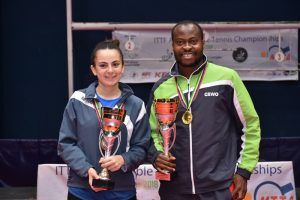 In less than one week, the best players from 15 African countries will converge in Lagos for the 2019 ITTF Africa Cup, which serves off on August 3 at the Molade Okoya-Thomas Hall of Teslim Balogun Stadium.

Nigeria’s Aruna Quadri and Egypt’s Dina Meshref are defending champions of the tournament and they are expected to battle against other players for their places in the 2019 ITTF World Cups.
Aside host – Nigeria, countries expected in Lagos for the three-day championship include Algeria, Benin Republic, Burkina Faso, Cameroun, Congo Brazzaville, Congo DRC, Egypt, Ghana, Guinea, Rwanda, Senegal, South Africa, Togo and Tunisia. Also, since establishing himself as Algeria’s best male player, Sami Kherouf has been making frantic efforts to halt the dominance of Aruna Quadri and Egypt’s Omar Assar (EGY) in Africa. But all his efforts have not materialised. Again, the Algerian star will be heading to Lagos, in his bid to fulfill his dream of becoming the first Algerian to conquer the continent.
As a realist, Sami Kherouf admitted that it will take an extra-ordinary performance to rule the continent. “At present, we are training together as team in Algiers with the aim of using the Africa Cup in Lagos as a good preparation for the All African Games,” he said.
On the possibility of dethroning the defending champion – Aruna Quadri, he said: “To win the title is super hard with the presence of the best African players like Omar Assar and Aruna Quadri as well as other good players too.
“I must admit that to win the title will require a lot of work and at the moment it seems hard to win. It is hard because you have to compete with top players, who ply their trade in big leagues and who devote most of their time to the game as their main job,” he added.
Sami Kherouf cannot wait to come to Nigeria. “I cannot wait to come to Nigeria because I have never visited the country before. I know it is country that loves sport and especially table tennis,” the Algerian number one star said.
In his modest ambition, Sami Kherouf said: “I am aiming to win a bronze medal and I would have loved to become the first Algerian to qualify for the World Cup but it is very hard for everyone except Omar Assar and Aruna Quadri.”