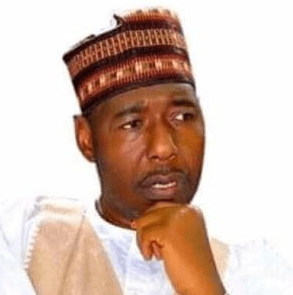 The Borno State Governor, Prof. Zulum Babagana Umara, has donated some parts of the enclave of the Boko Haram, Sambisa forest, for the controversial...

The Borno State Governor, Prof. Zulum Babagana Umara, has donated some parts of the enclave of the Boko Haram, Sambisa forest, for the controversial Rural Grazing Area (RUGA) program. The governor also mobilised the Nigeria Security and Civil Defense Corps (NSCDC), Agro Rangers and hunters to secure the large expanse of the forest and make it safe for the scheme.

The allocated area (forest) covers six council areas of Konduga, Bama, Gwoza, Chibok, Damboa and Askira/Uba. The governor made the decision public last Monday when he hosted the Shehu of Borno, Alhaji Garbai El-Kanemi, who paid him Sallah homage. He said the deployment of agro rangers, vigilantes and hunters are to protect farmers and herders in their respective communities.

Umara told the monarch that the state government would also deploy an Emergency Rapid Response Team (ERRT), comprising of security personnel, to protect commuters and rural dwellers against Boko Haram insurgents and bandits.

According to the governor, “This administration is determined to strengthen the security architecture to encourage farming and herding activities across the state. “We’re also distributing 80 patrol vehicles to the response team so that farmers, herders and commuters could move as well as travel within a radius of 30-40 kilometres of Maiduguri metropolis.” Umaru said the security response team, comprises 500 troops and hunters that know the terrain of the forest.

On RUGA implementation, he said: “About 75 trained agro rangers and 300 hunters will also be mobilised next week to enable farmers cultivate their farmlands that were prevented by terrorists’ activities. “The state government is determined to address the root causes of insurgency through improved security; fight against drug abuse and enhance food security with increased job creation among unemployed youths.”

He revealed that the state government had also embarked on vegetation and bush clearance of 187-kilometre Maiduguri-Damboa-Biu road, noting that the exercise would ensure safety of travelers and motorists to ease movements of goods and services in the state.

The governor also directed the immediate demolition of illegal structures in the metropolis, adding that the structures are suspected to be used by prostitutes and illicit drug dealers, and must be checked to sanitise the state capital. In his response, the monarch, who commended the governor, called for an effective security measures along with the demolition of illegal hotels in Maiduguri.