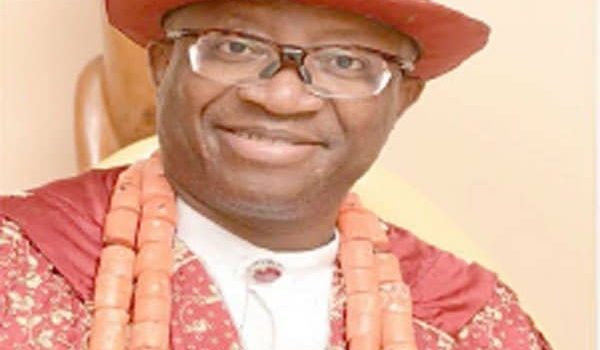 … Says he is the best governorship aspirant in Bayelsa, not a mole Former Attorney General and Commissioner for Justice in Bayelsa State, Barrister... 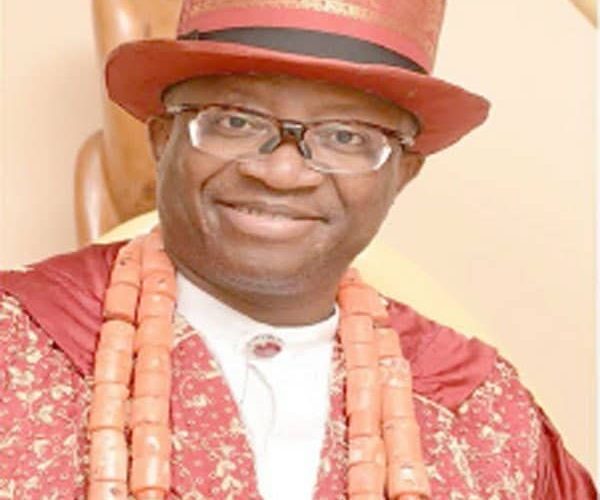 … Says he is the best governorship aspirant in Bayelsa, not a mole 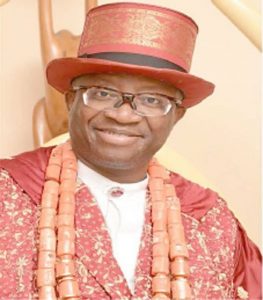 Former Attorney General and Commissioner for Justice in Bayelsa State, Barrister Anthony George-Ikoli on Saturday declared before a crowd of supporters in Bayelsa East Senatorial District that he is the party’s best candidate for the November governorship election.

“Zoning is not the official policy of either the party or Bayelsans as at now. Factually, all zones have produced the chief executive of Bayelsa State. No zone has been denied or shortchanged. What Bayelsans want now is the best of the lot. I don’t think the people will deny themselves the services of the best governor simply because it doesn’t come from one favoured zone.”

In his speech, he laid out the reasons he believes the All Progressives Congress (APC) must be defeated in the senatorial district and why he is the right person for the governorship job.

“APC can never take Bayelsa State. I am not complacent to the point of saying that it would be a work over for the PDP. The All Progressives Congress (APC) will try to wrest power. Bayelsa is the heart of the Niger Delta Region. It is an oil rich state. It is a plus for any party that controls Bayelsa State. APC has no foothold in the Niger Delta Region. The party can dream it but can never realize it. We will never give APC a chance. We will take over Kogi and retain Bayelsa’’ he said.

Ikoli who spoke in Nembe about the opposition party, zoning and the future of Bayelsa State boasted that no other contender in the forthcoming election could rival his pedigree.

‘’I have always been known for excellence, best practices. I think my entry into the race has changed all the equations. There is a ground swell of support for my candidacy by the people. There is across the land jubilation that at last the Moses has come. The best thing the party can do is to give me the ticket’’ he said.

The former attorney general and commissioner for justice said he was committed to delivering good governance and a transparent administration.

“Who will you trust when the battle against RUGA comes? Who will you trust when the battle for restructuring comes? Let’s not kid ourselves with the agitations of IPOB, the Fulani herdsmen issue, the killings every day in Nigeria. If we allow APC take our state, we might as well kiss our way of life goodbye! Who amongst the field would you trust with the know how to build the regional strategy to win that battle? No one in the field has what it takes to fight for the state, like I can.”

Appears perfectly sure of the incumbent governor, the governorship hopeful described his relationship with Governor Seriake Dickson as cordial.

“It is very cordial. He is my governor. I give him his respect. He was Attorney General and Commissioner for Justice. He was also in the House of Representatives. When I was Attorney General, we interacted effectively. We are both lawyers. We are defenders of the Ijaw cause. He ran a Ministry of Justice that I took to very prominent position. He wishes me well” he said.

“This is the period of consultation. I have seen the former president, Dr. Goodluck Jonathan. He has very wonderful things to say about me and my candidacy. I have also seen Governor Seriake Dickson. All they can do for now is wish me well and encourage me, which they have been doing” he said.

The governorship hopeful also highlighted the achievements of Dickson in the sector of education, healthcare and infrastructure development among others.

In another development, George-Ikoli has dismissed reports that he is a mole working in the interest of former Bayelsa State governor, Chief Timipre Sylva. Ikoli said the allegations are being made because of his closeness to Sylva.

‘’The only reason why this question comes up is because people believe that given my closeness to Sylva, it is not conceivable that I would follow a different political path. Those who know me don’t find it difficult to believe that there is nothing between us. I am not his mole in the People’s Democratic Party (PDP). I am not at all’’ he said.

The Senior Advocate of Nigeria spoke in Yenagoa Tuesday morning on his gubernatorial ambition, his plans for the good people of Bayelsa State and other issues in the oil rich state. He told journalists that he had to join the gubernatorial race to change the narrative.

‘I was Attorney General and Commissioner for Justice in Bayelsa State and I think Bayelsa State deserves better. The current government has done fairly well. Bayelsa State requires somebody with my level of exposure and attainment to build upon the achievements of the current government. I have spent quite a bit of time diagnosing the issues. We need better and more access to education. The current administration has actually tackled it very well. There is need to sustain and build on that legacy. There is need to empower the people. We need to build trust. We need to create an economy so that we don’t run to Abuja or depend on Federal government handout’. I can make a huge difference. Considering my track record, what I did as Attorney General  (2017 – 2012), there is evidence that with someone like me in office, the narrative will change dramatically for the better’’ he said.

A grassroots politician, Ikoli praised Chief Diepreye Alameyeseigha, Dr. Goodluck Jonathan and Governor Seriake Dickson for contributing towards the development of the state.

‘’History judges everyone. The current governor is on his way out. History will write his epitaph. Governor Seriake Dickson has done very well. He has raised the bar. It is for us to raise the bar even higher. Bayelsa State is unique. It is the heart beat of the Niger Delta region. It is also a homogenous Ijaw State. Anyone who governs Bayelsa is automatically Ijaw leader. Dickson has done well in protecting the Ijaw nationality and projecting the Ijaw interest in the larger Nigerian context. He has reasons to be proud of his achievements in education, security, managing the resources of the state and infrastructure’’.

He promised tofashion the state’s economy in such a manner as to become a net exporter.

‘’Bayelsa State needs to expand the size of her economy as a matter of urgent importance. Too much of our economy is centered on Government house and the civil service and that needs to change. Bayelsa must be an export-oriented economy, goods, services and manpower. We want to expand the frontiers of education, create more opportunities and better the lot of everyone’’ he said.

The gubernatorial hopeful also promised to lead an all-inclusive government, empower the people and create a knowledge driven economy that would make Bayelsa the destination of choice to live, work, recreate and do business in Africa.

‘’My overall plan for the economy includes the development of 12 autonomous islands around our various seaward communities using PPP funding model. These islands will be structured around the natural advantage and also the strategic advantage they may have. For instance, seafood export hub in Brass where direct access to the Atlantic and the natural bountiful aquatic wildlife can generate billions in revenue for the state. We must take advantage of the natural beauty of our beaches to develop a sustainable tourism industry. Trust me when I tell you that the multiplier effect of jobs and capital on the micro economy will be immeasurable’’ he said.

The brass politician described his chances of becoming the flag bearer of the PDP and governor of Bayelsa State in November as bright.

‘’For the first time, you have a lot of very good materials indicating their interest in the governorship of Bayelsa State. What would scare me in Timi Alaibe and others? These are government people. I put together a team. I ran a very successful law practice. I went into government and also proved my mettle. The other contestants did not actually manage any enterprise successfully. I am not intimidated by the curriculum vitae of other contestants. I think I am better. I think I am the best. When given the opportunity, the story would never be the same again. I know what I can do. People know what I have done. The other contestants are afraid of me. They are afraid of my profile. I don’t see anyone that will make me panic or have undue anxiety. We are hoping that the party will give everyone a fair chance to contest. I will come top very easily. My chances are bright. From my interaction with all the stakeholders, I’m the candidate to beat. I am the next governor of Bayelsa State’’ he added.