The dominance of Egypt in the table tennis event at the ongoing 12th African Games was halted on Monday August 26 after Nigeria and... 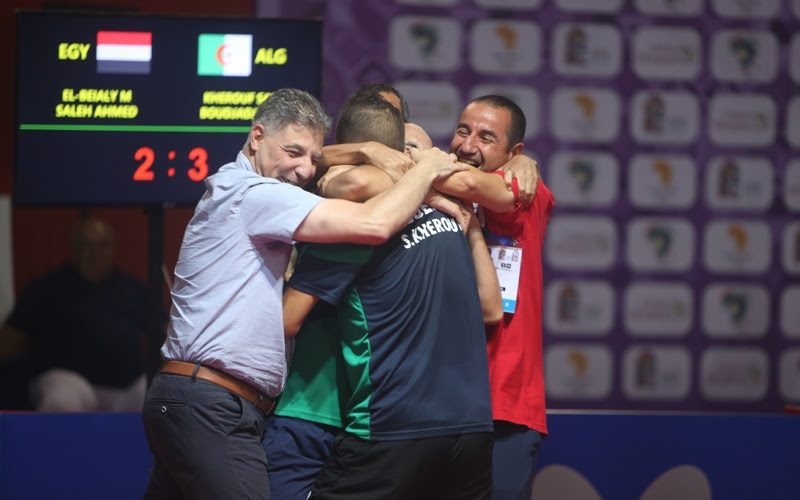 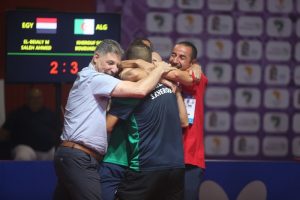 The dominance of Egypt in the table tennis event at the ongoing 12th African Games was halted on Monday August 26 after Nigeria and Algeria claimed gold medals in the women and men doubles event.

The rivalry between Nigeria and Egypt came to fore in the semifinal of the women’s doubles at the 12th African Games with the West African team halting the dominance of their North African counterpart.

Having ruled the team and mixed doubles events, the Egyptians were stopped from making a clean sweep of gold medal in the doubles event after they were beaten in the semifinal of the women’s doubles by Nigeria.

A comeback from Olufunke Oshonaike and Fatimo Bello against Algeria’s Lynda Loghraibi and Katia Kessaci in the second semifinal was all Nigeria needed to make it to the final.
Oshonaike and Bello had to recover from 1-7 in the fourth game as they were down 2-1 (9-11, 11-8, 6-11) in major, but they held their breath to win 10 points and ended the match 11-9 to put the match at par. In the deciding match, the Nigerian ladies led from the start to finish to end the final match at 11-5 to set up a Nigerian affairs in the final.

In the men’s doubles final involving Egypt’s Mohamed El-Beiali and Ahmed Saleh against Algeria’s Sami Kherouf and Sofiane Boudjadja, it was the Algeria that made history to win their first ever gold medal at the African Games.

An elated Kherouf said: ” It was an unbelievable thing to happen in Algeria because we have never won gold medal in table tennis of the African Games. It was a good feeling and pleasure for us to become the first set of players to achieve this feat.”

For Sofiane Boudjadja, the victory would surely raise the profile.

“I am so excited especially having been out of the game for over a year and this competition is my return to sport. I am so happy that we are achieving this feat for our country and this means more money for the sport in Algeria and many kids would be inspired to play the game. I am so happy and I believe the whole country will celebrate this feat at home,” he added.