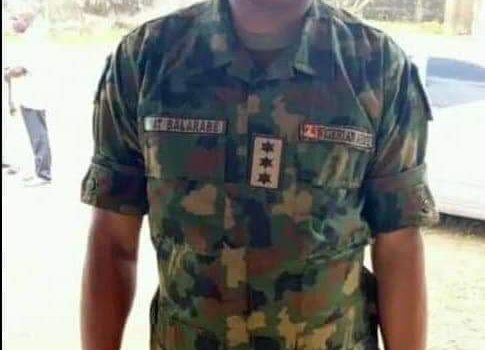 There are strong indications that the panel set up by the Defence Headquarters (DHQ) to look into the circumstances surrounding the killing of police... 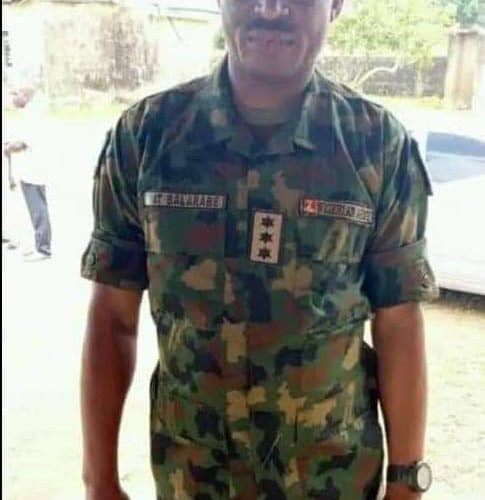 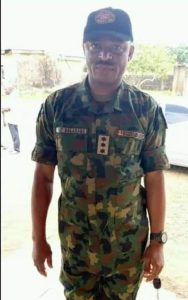 There are strong indications that the panel set up by the Defence Headquarters (DHQ) to look into the circumstances surrounding the killing of police detectives by soldiers of 93 Battalion, Takum, Taraba State, has indicted an army officer, Captain Tijani Balarabe, who allegedly ordered the killing of the policemen and civilians at the Takum checkpoint.
The panel, THISDAY gathered last night, may also have recommended further investigation of alleged arms smuggling linking the suspected kidnap kingpin, Alhaji Bala Wadume, and Balarabe.
This is coming as the Chief of Defence Staff, General Gabriel Olonisakin, has asked the probe panel to submit its report by Friday.
THISDAY investigation revealed that the panel has also recommended further investigation by security agencies to ascertain whether there is a wider network of kidnapping and arms smuggling linking the duo and other police personnel involved in the deadly drama.
It was further gathered that the panel may also recommend that the Economic and Financial Crimes Commission (EFCC) should investigate the various huge bank lodgments by the kidnap kingpin and the various assets owned by the suspect in Taraba and Kano States.
A source close to the investigation said following the admission of Wadume that he was involved in arms smuggling, the panel may recommend further investigation.
According to a reliable source, “He admitted that he was involved in arms smuggling. These arms are not just ordinary arms; they are automatic weapons, AK47. These weapons can fire 60 rounds of ammunition without stopping.
“There should be further investigation to establish the nexus between the kidnapping going on and arms smuggling and the link between the kidnap suspect, the army captain and police personnel, including the DCO (Divisional Crime Officer) in Taraba State and how they generally connect with the military and other security agencies.”
He added: “Is there a wider network connecting the security agencies? Further investigations need to unravel this.”

On sanctions, the source affirmed that appropriate sanctions would be meted out to those found culpable.
“Without doubt, those found culpable would be sanctioned and where necessary charged to court. The police have already dismissed two personnel, which is commendable. We expect that the army should do so in the case of the indicted officers as the case may be,” he said.
THISDAY further gathered that the CDS, Olonisakin, has asked the Rear Admiral Ibikunle Olaiya-led committee to submit the panel’s report tomorrow.
The committee was due to submit the report midweek but received additional materials that required further compilation.
When contacted on the likelihood of launching a probe into the financial aspect of the Taraba killing as regards bank lodgments by the kidnap kingpin, the EFCC said the agency would wait for the panel to submit its report.
Spokesman of the agency, Mr. Wilson Uwujaren, said the anti-graft agency would await the outcome of the panel’s investigation.
“A panel of investigations is already at work. We cannot conduct simultaneous investigation on it. When the panel is through we will know the next step to take,” he said.