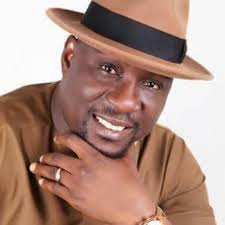 ‘Bayelsa Assembly Controversy: I remain Speaker, did not resign, impeachment a nullity’ – Isenah

Hon Tonye Isenah, Speaker of Bayelsa House of Assembly on Monday dismissed reports of his impeachment as false and a nullity as he remains...

Hon Tonye Isenah, Speaker of Bayelsa House of Assembly on Monday dismissed reports of his impeachment as false and a nullity as he remains the speaker of the house.

There was heavy shooting at the Bayelsa House of Assembly during a session of the assembly when hundreds of youths stormed the assembly complex in Yenagoa.

Iseanah adjourned the session indefinitely for the house to proceed on recesss.

But youths who besieged the assembly immediately stormed the House, shooting sporadically and made away with the mace while some members of the Assembly were still in the chambers.

Some members who sat back reportedly resumed sitting and allegedly impeached the speaker in absentia whilst the mace had been removed.

A lawmaker who declined to be named said that there was tension around the Assembly complex in the build-up to the sitting where the Speaker was expected to resign.

The legislator said that the PDP leadership had advised Isenah to resign or face impeachment for the party to realign the balance of power since Isenah hails from the same area as PDP’s candidate in the forthcoming Nov 16 guber poll.

The legistlator said that the party believes that giving the position to Southern Ijaw, the zone where the candidate of the rival All Progressives Congress hails from might sway voters.

Reacting to the development in a telephone chat, Isenah said that he remains the Speaker as he had earlier adjourned the sitting sine die and only him could re-convene the house to session..

“I did not resign, neither was I impeached, I presided over the house and I did not preside as an impeached speaker so as we speak the house is on recess and anything done by anyone is a nullity.

“The speculation that there was an understanding that I will resign is false, I challenge anyone canvassing that position to come up with a proof, .” Isenah said