The $129.17 million Livelihood Improvement Family Enterprises Programme in the Niger Delta, LIFE-ND, being driven by the Niger Delta Development Commission, NDDC, in partnership... 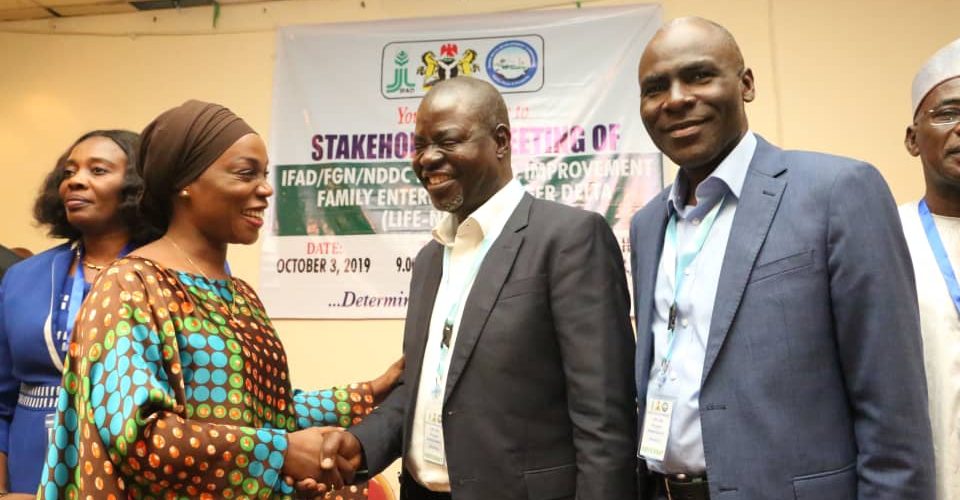 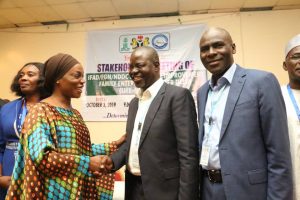 The $129.17 million Livelihood Improvement Family Enterprises Programme in the Niger Delta, LIFE-ND, being driven by the Niger Delta Development Commission, NDDC, in partnership with the International Fund for Agricultural Development, IFAD, is targeted at creating 38,250 jobs in the agricultural sector.
Speaking at a one-day stakeholder’s meeting of the LIFE-ND project at the Hotel Presidential Port Harcourt on Thursday, the NDDC Acting Managing Director, Dr Akwagaga Lelegima Enyia, stated that the goal was to transform the rural economy of the Niger Delta region and improve the livelihood of the citizens of the region.
Dr Enyia, who was represented by the NDDC Director Special Duties, Mr Nosa Agbongiasede, said that LIFE-ND was planned with a financing gap of six years, adding that it had both a first phase of six years, with parallel finance from NDDC to the tune of US$30million and an additional six years to be financed in the future by other partners and additional IFAD loan.
According to the Acting Managing Director, the total project cost to be incurred during the 12-year implementation period, including price and physical contingencies, duties and taxes, was estimated at US$129.17million.
She stated: “The project directly supports the Federal Government’s agricultural policy and the strategic framework for youth employment and job creation. The strategic framework addresses the large and growing number of restless unemployed youths, especially in the rural areas. It seeks inclusion of young people in profitable agribusiness.”
Dr Enyia stated that LIFE-ND would be implemented in the nine Niger Delta States and was designed to commence with 10 local government areas and 10 communities per local government.
The NDDC boss noted that IFAD had a global mandate of eradicating poverty through agricultural interventions targeted at rural communities, stating that: “The FGN/NDDC/IFAD partnership is a novel one designed to improve the living standards of the rural populace. This in turn is expected to reduce rural-urban migration and criminal activities.”
Dr Enyia reiterated the commitment of the NDDC to continuously partner with development organisations like the IFAD in bringing the best to the people of the region.
In his own speech, the NDDC Director Agriculture and Fisheries, Mr George Ero, said that the focus on agriculture would help to diversify the resource base of the country and reduce the dependence on oil and gas in the Niger Delta.
He observed that the NDDC had always recognized agriculture as the way forward for Nigeria, adding that it would continue to support IFAD to integrate rural dwellers into agricultural entrepreneurship.
Ero said that as co-financier, the NDDC would facilitate the operations of the LIFE-ND programmes in the Niger Delta and see to its sustainability.
In her remarks, the IFAD Country Representative, Ms Nadine Gbossa, explained that the LIFE-ND programme would give additional opportunities to the youths and women in the Niger Delta region.
She said that IFAD was very keen to see the success of the programme, noting that the UN agency would give priority to it and collaborate with the other funding partners to ensure its success.
She said that the partnership between IFAD and the NDDC would enhance the opportunities of youths and women and also alleviate poverty in the Niger Delta region by creating employment opportunities that would meaningfully engage the youths and women.
Throwing more light on the programme, the National Project Coordinator for LIFE-ND programme, Engr.Abiodun Sanni, emphasized that it would enhance the income, food security and job creation for rural youths and women through agricultural enterprise development on a sustainable basis in the Niger Delta.
He said that apart from engaging 38,250 youths and women, it would also establish 900 enterprise incubators from among the target group. “Overall, the project will target 50 per cent male and 50 per cent female,” he observed.
Engr. Sanni said that the implementation would be facilitated by different committees, including the National Steering Committee, Technical Support Committee and State Project Steering Committee.