Nigeria’s Independent National Electoral Commission (INEC) says that all the candidates disqualified for Bayelsa and Kogi governorship elections were not validly nominated by their... 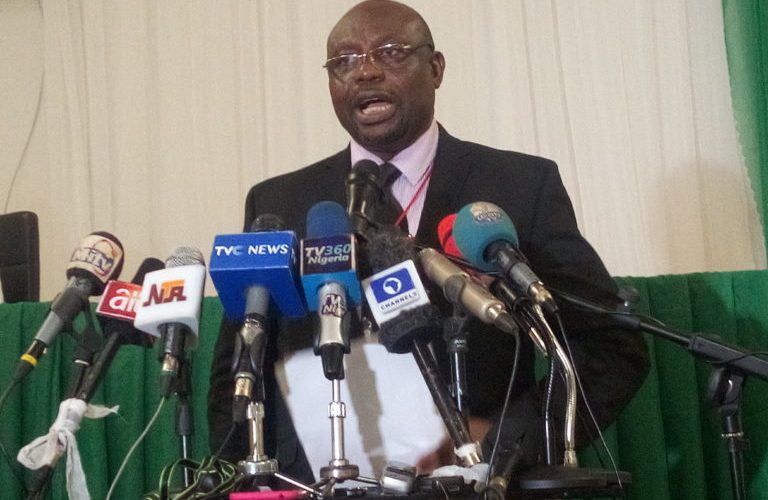 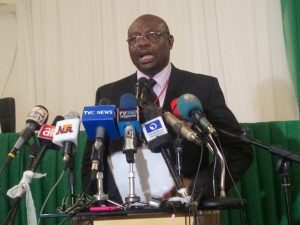 Nigeria’s Independent National Electoral Commission (INEC) says that all the candidates disqualified for Bayelsa and Kogi governorship elections were not validly nominated by their political parties.
Mr Festus Okoye, Chairman, Information and Voter Education Committee, INEC said this on Thursday during a “Youth Campus” sensitisation programme organised by the Commission at the Niger-Delta University, Amassoma, Bayelsa.
Okoye was reacting to claims by the candidates that they were disqualified by INEC.
The two-day programme, which started on Wednesday, was to enlighten the youth on the need to participate in electoral processes without causing disorder.
Okoye, also a National Commissioner, blamed the political parties for presenting candidates who did not meet the minimum requirements as spelt out by the 1999 Constitution of the Federal Republic of Nigeria as amended.
“No qualified candidate was disqualified, so, since some of the political parties did not submit valid nominations, the commission decided not to put them on ballot.
“In this process, the political parties cannot ask for substitution of candidates as their nominations are invalid in the first place.
“It is expected that any political party that wants to sponsor candidates for elections must know the provisions of the Constitution.
“For you to submit candidates, you must know the basics according to Section 172 of the Constitution of the Federal Republic of Nigeria as amended.
“So, it is on the basis of the provisions of the Constitution that some political parties presented candidates that did not meet the minimum threshold for contesting for the election.
“We say that their nominations were invalid and because of the invalidity of their nominations, we say that they will not be on the ballot.
“I must tell you that the commission did not disqualify any candidate and any candidate that submitted invalid nomination, it is deemed that no nomination was submitted.
“And so if you did not submit any valid nomination, you cannot ask for a substitution because you cannot put something on nothing and expect it to stand,” he said.
The two major political parties, the All Progressives Congress (APC) and the Peoples Democratic Party (PDP) on Wednesday concluded the processes of producing candidates for the elections.
In Kogi, the incumbent Governor Yahaya Bello emerged as the APC candidate, while Musa Wada, an engineer, emerged as PDP candidate.
In Bayelsa, a senator, Diri Duoye, emerged as the PDP candidate while David Lyon emerged as APC candidate. (NAN)