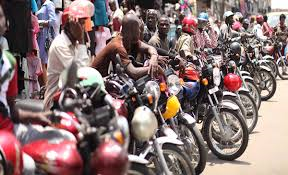 By Dianabasi Effiong Time there was in Nigeria when commercial bicycles operators thrived side-by-side with cars, lorries and trains, as means of transportation in...

Time there was in Nigeria when commercial bicycles operators thrived side-by-side with cars, lorries and trains, as means of transportation in major cities.

The pendulum, thereafter, swung when commercial motorcycle operators had a field day in major towns and rural areas of Akwa Ibom and Katsina states.

Time changed for such operators as commercial motorcycles popularly known as ‘Okada’ and commercial Tricycles (Keke) were outlawed on major routes and relegated to rural areas in most States in Nigeria.

But as the cyclists returned to these prohibited routes with resultant effects on crime in urban centres, law enforcement agencies were compelled to deal drastically with offenders.

This prompted states to consider a total ban on commercial motorcycles operation just as in Akwa Ibom where their operations were recently outlawed in all major cities.

Yet, other Nigerians who refuse to take none of these, insist that their operators of commercial motorcycles aid and abet criminals to rob law abiding members of the public.

Motorcycles operators in Nigeria are linked to all manner of evil, ranging from reconnaissance of people’s homes, armed robbery, kidnapping and carjacking.

So many Nigerians are of the opinion that the attitude of many motorcycles operators, who do not understand road signs and continually ride against traffic, is absurd, awful and should be deplored.

They are mostly public nuisances and causes of major and fatal accidents on Nigerian roads.

Observers believe that where the roads remained calm indicated that motorcycle transportation contributed much of the noise and air pollution in major cities.

Some condemned actions of Government in banning the operators saying that such action was economically oppressive.

Some said that since the constitution allowed Nigerians “compulsory acquisition of property’’, it is wrong to deprive operators, the ownership of motorcycles and deployment of same to ensure their daily bread and survival economically.

For Friday Udoh, the Chief Coordinator, South-South Institute of Chartered Economists of Nigeria (ICEN), the partial ban on commercial motorcycle operations in parts of Akwa Ibom by the State government should be considered repressive.

Udoh said that the policy is not pro-poor and costs the economy about N4.5 billion for productivity alone as the ban entered Day 12 alone in Eket, Ikot Ekpene and Uyo.

He said that considering the economic subsistence in Akwa Ibom, the policy did not speak well of Gov. Udom Emmanuel,“ the utmost respect due his person and to most extent his office, as the Chief Economic, security and accounting officer superintending the economy, security and financial matters in the state’’.

“Coupled with the hasty implementation of the policy considered as a repressive, calls our attention, ostensibly in view of the absence of appropriate  programs and especially in Eket and Ikot Ekpene, put  in place by the government to alleviate, compensate or cushion the policy’s effect on the vulnerable, comprising population living below poverty thresholds, as 82.5 per cent lives within subsistence wage.

“Nevertheless we are not pretending  ignorance on the fact of responsibility lies ahead of  state governors as the chief security vis-a-vis chief economic  and accounting officers  of states given  extant provisions, as capped in  Section 14 (2) (a)(b)which identifies safety and security of life and property to constitute among the primary responsibility of government at all levels.

“This same provision makes citizen’s well-being important in governance. Hence, there is need to balance security policy with citizens’ well-being.

“Accordingly, we are appealing to the state government and the police authority in the state to suspend the clam-down on motorcycle operators in the affected local government council and more; especially Eket and Ikot Ekpene where there exists no program to mitigate the suffering of its people, ceteris paribus.

“Subjecting the policy to the economic efficiency principle at common law justifies why the policy should be suspended pending when palliative programs are put in place,’’ Udoh pleaded.

However, the partial clampdown of commercial motorcycles operation by the state government had been received with satisfaction by operators of motorcycles in Eket and its environs.

The Chairman of the Association in Eket, Mr Samuel Etukudoh, said that the clampdown in the town was not a complete ban as motorcycles were allowed to operate between the hours of 6am to 6pm.

“You were talking of economic lost, I don’t think we have lost anything, because from that time, some banks have been coming out to see how to assist us.

“We are trying to see how we can partner with them to come up with tricycle to assist between 6pm to 6am.The clampdown has help to reduce crime rate in the city. It is not all about riding Okada till 10pm but the security of lives and property.

“Since the clampdown, I can assure you that there has been peace in Eket and its environs. In summary, we support the partial ban because it has reduced crime rate in Eket,’’ Etukudoh said.

According to him, government has put modalities on ground to provide tricycles to support the motorcyclists to close the gap between 6pm to 6am.

The Police Public Relations Officer in Akwa Ibom, SP Odiko Mcdon, said that the restriction order was from the state government as a strategy to check cultism and all forms of criminality in the area.

He vowed that police would stop at nothing in ensuring that the order, which helped to checkmate criminality in other areas would be implemented to the later in Eket.

“The restriction order by the state government is not just in Eket, but also in Ikot Ekpene and other troubled areas and the police is merely carrying out the order.

“We are saddled with the responsibility of implementing the law. We are not using force, so I am not aware of any death, and we would stop at nothing in ensuring that we implement the order.

“On the subsisting prohibition order on the use of motorcycles within Uyo metropolis and in Eket between the wee hours of 6pm and 6am, the command wishes to reiterate that its commitment is unwavering and therefore urge all those still violating the order to desist forthwith or face arrest and prosecution.

“It worked in Ikot Ekpene and today, people are able to sleep with two eyes close. It should also be noted that the ban is total including all security agencies,” Macdon said.The state government in 2012 banned the use of motorcycles within Uyo metropolis and the ban is still in force.