By Ubong Akro Nigeria recently secured a reprieve on the controversial award of $9.6billion to Process and Industrial Development-P&ID by a British Commercial Court.... 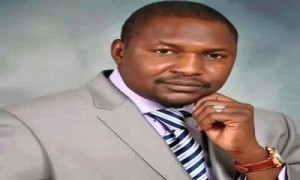 Nigeria recently secured a reprieve on the controversial award of $9.6billion to Process and Industrial Development-P&ID by a British Commercial Court.

Securing a stay of execution and right of appeal to the obnoxious award is a huge relieve to all well-meaning citizens.

Issues as this, only show the extent to which the country has been distressed by years of ineptitude, corruption, and lack of patriotism. This is apparently the ugliest manifestation of these evil. This revelation, to the discerning mind is an alarm.

The P&ID case is a detonator; other foreign investors who had borne our sickly performance with patience over the years, convinced that it would get better are beginning to stir into action. No doubt, there are several other arbitrations hanging in both local and foreign courts waiting to collapse on us!

Some of these are genuine transactions affirmed by our courts, which will definitely reduce the P&ID saga to child’s play and flatten our economy.

Only recently, the Nigerian-American Consortium, BF1 group, out of exasperation has threatened to reactivate an existing indemnity agreement which provided for the Federal government to indemnify Rusal – Russian aluminum producers and managers of Aluminum Smelter Company of Nigeria (ALSCON) – in case of legal action against UC Rusal et al.

In other words, if BF1 group fails to recover ALSCON for which they were declared rightful owners by the National Council for Privatization (NCP) in 2004, and affirmed by the Supreme Court of Nigeria in July 2012, they will re-introduce the claim of $2.8b initiated in 2013 in New York against Rusal, for which the Federal Government guaranteed to pay cost for Rusal.

Apparently, the staggering costs for seven years now stands at over $20 billion, in a projection captured by the Chief Co-coordinator, South South, Institute of Chartered Economists of Nigeria, Mr. Friday Nathaniel Udoh.

FACTS OF THE CASE

BF1 group initiated arbitration worth $2.8b in New York in 2013 against UC Rusal for conspiracy to defraud BFIG, interference in contractual relations with Federal Government of Nigeria (FGN), interference with prospective business advantages, and unfair competition.

The matter was transferred to Nigeria for reasons of jurisdiction. UC Rusal pleaded to join the FGN in the matter and succeeded in spite of vigorous objections by BF1 group.

The Court allowed their petition based on the fact that the share purchase agreement (SPA) provided for FGN to indemnify Rusal in Case of action, should the BF1 group fail to enforce the Supreme Court’s decision.

Surprisingly, in spite of having reached such weighty agreement with foreign inventors, supervised by a competent court of law, the FGN through its agency, the Bureau for Public Enterprises (BPE) has repeatedly ignored the Supreme Court Order and frustrated all effort by BF1 group to enforce the Court Order, and take over ALSCON.

As at last count; there are two Supreme Court Judgments, and several other Appeal and High court judgments all in favour of the Nigerian American consortium.

The BPE’s continued snub of these judgments and consequential order only increases the volume of dollars the FGN would pay should the arbitration resume in US Court.

Dr. Reuben Jaja, the BF1 Group Chief Executive Officer, in a chat, disclosed that American investors, who have been following events trending in Nigeria in recent weeks, have come to conclusion that they treated the FGN with kid gloves.

In his words, “I am impressed by the Judiciary and I have confidence in the system as a patriotic Citizen. I am determined to match the global power players who have raised the bar in the neo-capitalist game above what my people can understand. I am also determined to liberate my people from deep seated poverty; above all, we are the ones to solve our own problem, not foreigners”.

These convictions are probably the driving force that restrained him for allowing the foreign partners punish the FGN for her “sins”.

He said: “I restrained my foreign partners and convinced them we should go for the enforcement of the Supreme Court judgment, otherwise the $2.8billion with the quantum could have gone on Nigeria’s head.”

Situations as this have not only served to open our sordid past, but should also reawaken us to the fact that there are consequences to action and inactions, particularly in the global arena.

Obviously, the American firm has shown faith in our legal system, considering the number of needless litigations initiated by the BPE, all in attempt to thwart the Supreme Court judgment.

Their simple gesture should not be mistaken for weakness, or this recent threat ignored. It is time for the BPE to be called to order. NCP should speedily intercept, correct and, where necessary, recapitulate to save our commonwealth.

Fortunately for the ALSCON logjam, there is a silver lining as parties await the decision of the Federal High Court, Abuja, in the next few weeks, on contempt charges brought against the DG BPE Mr. Alex Okoh, for continued disobedience to Supreme Court orders.

History of the Case

Recall that the Olusegun Obasanjo Presidency gave the smelter to UC Rusal in a spurious willing seller willing buyer deal. While the Americans offered the sum of $410million to acquire the plant, the Russians offered $250million in the 2004 privatization programme.

The Russians gave a conditional payment plan of $5million cash payment, with the balance spread through 20 years. The scam was for them to acquire the plant with $5million, and then work the plant to generate the balance, yet, against all sensibilities, the government gave the plant to them in 2007.

The Americans challenged the decision in court for unlawfully terminating their bid after being declared winner, and the matter went all the way to Supreme Court where they won in 2012.

The Supreme Court judgment became an albatross for the Russian firm, who were urged on to remain in illegal capacity as managers of the plant by the BPE.

Having failed to wish away or extinguish the Supreme Court judgment, the Russians, conspiring with BPE have resorted to asset stripping and cannibalisation of the plant, causing its assets to plunge from an initial $3.2billion in 2004 to a meager $89million in a 2013 financial audit by the renowned KPMG.

This, however, is a matter for the anti-corruption agencies anytime they choose to beam their searchlight on ALSCON.

Operation in the firm that was designed to offer the much sought after jobs, foreign exchange, economic prosperity to local, State and Federal government, green environment in the fragile Niger Delta ecosystem, maritime development among other benefits was stalled.

Having failed severally in attempt to displace the Supreme Court judgment of 2012, UC Rusal headed to the London Court for International Arbitration (LCIA) for a consent award of $500million, should they eventually fail to keep ALSCON.

Surprisingly, this bogus arbitration received the Blessing(s) of BPE in a fashion quite similar to the ranging P&ID case.

From the compliant, or rather report made by BF1 group against some top Nigerian lawyers to the Nigeria Bar Association (NBA), all the lawyers conspired and allowed for the award to be entered against Nigeria in favour of a foreign company (petitioner).

The award is today valued in excess of $500million with interest from 2014, totaling $0.75billion today, and still increasing.

After BPE had unilaterally terminated the conclusion of ALSCON take over by BF1 group in 2004, BF1 group commenced litigation in Federal US District Court in New York in 2007 against Dayson Holding, a British Virgin Island subsidiary through which Rusal had arranged its takeover of ALSCON.

After a year, the US judges ruled that the jurisdiction for the claim should be in the Nigerian court, and Rusal agreed to this.

Documents signed in the onset of the case by Dayson and Rusal executives and filed in the US Court formally accepted that if jurisdiction were refused, they would accept jurisdiction of the Nigerian Court to rule on BF1 group’s claims.

When the Supreme Court of Nigeria ruled against them in 2012, they asked for the intervention of the LCIA to take charge and try the case all over again, they claimed ignorance of what was happening in the Nigeria Court and alleged that the Supreme Court made blunders.

Rusal essentially asked the London Court to retry eight years of litigation in Nigeria, enforce the second contract BPE signed with Dayson, and overrule the decision of the US Federal Court that the jurisdiction to decide between BF1 group and Rusal was rightfully in the hands of Nigerians as duly exercised by the Supreme Court of Nigeria. The arbitration was initiated in 2013.

Back in Nigeria, BF1G approached an Abuja Federal High court for an enforcement order to the Supreme Court judgment, and the BPE was defending its decision in the matter.

In the case, Rusal dragged four Nigerian state entities: Ministry of Finance, BPE, FGN, and the NCP. All of these entities were fully represented by different senior lawyers who put in appearance at the tribunal in London.

They all made presentation of the tribunal, who in its wisdom demanded to know from each of them whether the BPE had complied with the Supreme Court of Nigeria judgment, to which they each responded in the affirmative.

The BF1 group is querying how these lawyers could have all said yes, when they knew that an award would be entered by the tribunal against the country they were expected to defend? How could they have said `yes’ when they knew that the BPE had rejected the Supreme Court judgment and appealed against its enforcement?

How could they have misled the tribunal when they were fully aware that the international auditors stated in their report that the matter was ongoing?

Thus the LCIA was misled by few Nigerian lawyers, and the country today is faced with a similar situation to the P&ID’S imbroglio-stay of execution and appeal.

When BF1group demanded to know the basis for such blatant lies from the lawyers, other lawyers confessed they relied on what the BPE lawyers told them.

They simply negated their duty to check with the courts, and the other party -BF1G- to know the true position.

Secondly, all the lawyers refused the appeal of BF1G to join the arbitration, since it is only parties in a matter that can invite a third party to join.

It is, however, left to be seen how Rusal will give bite to this award with the court in Nigeria or UK.