The new Acting Managing Director of the Niger Delta Development Commission, NDDC, Gbene Dr Joi Nunieh, has assured that the Commission will impact on... 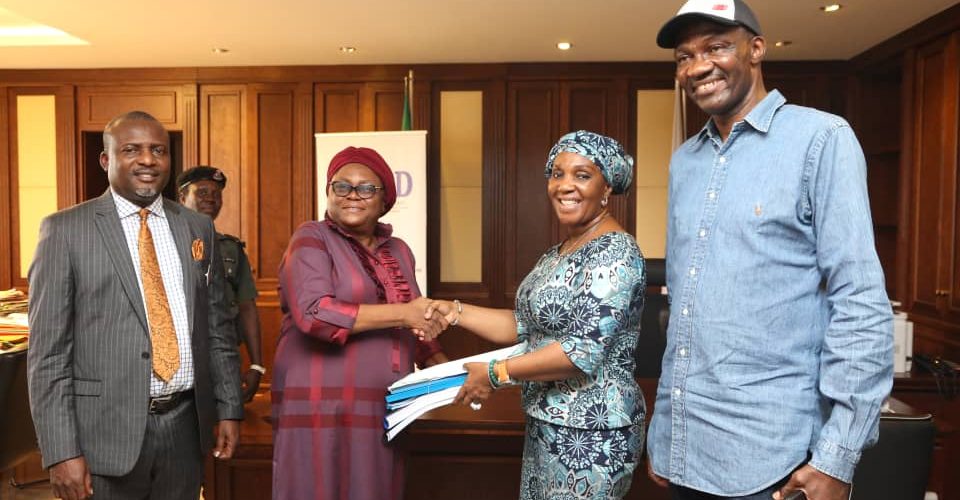 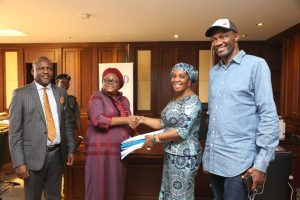 The new Acting Managing Director of the Niger Delta Development Commission, NDDC, Gbene Dr Joi Nunieh, has assured that the Commission will impact on all rural communities spread across the Niger Delta region.
Dr Nunieh, who gave the assurance when she assumed office yesterday at the commission’s headquarters in Port Harcourt, stated that her team would pursue the developmental programme of President Muhammadu Buhari.
The new NDDC Chief Executive Officer spoke shortly after the erstwhile Acting Managing Director, Dr Akwagaga Enyia, handed over to her in the presence of the Acting Executive Director, Projects, Dr. Cairo Ojougboh and the Acting Executive Director, Finance and Administration, Chief Ibanga Bassey Etang, who constitute the three-man Interim Management Committee.
The committee, inaugurated on Tuesday by the Minister of Niger Delta Affairs, Senator Godswill Akpabio, was charged to oversee the activities of the NDDC during the period of the forensic audit ordered by President Buhari.
Nunieh expressed appreciation to President Buhari for the opportunity given to the Interim Committee to serve and assured that the team would not disappoint the President, people of the Niger Delta region and indeed the whole country in carrying out their mandate.
She stated: “The Committee will take the NDDC to the next level and we will not fail the people of the Niger Delta. The youths that came to the NDDC headquarters to welcome us were very positive. We cannot afford to fail the people.
“We are here because Mr. President expects that the forensic audit should be done properly from 2001 to date. There will be no compromises and the people will know that a new team is here to work.”
Nunieh assured that every village in the Niger Delta will feel the impact of the new management team. We will reach out to all the villages because rural development is very important to us.
She added: “I want to assure everyone in the region that every village in the Niger Delta will know that there is a new team in the NDDC. We will produce the list of every village in the region.”
Earlier in her remarks, Dr Enyia urged the NDDC management team to work in unison with the Interim Management Committee to forge ahead and achieve the objective of fast-tracking the development of Nigeria’s oil-rich region.
She said that the Federal Government made the right choice in appointing the new management team and prayed that they would lead the Commission to achieve the mandate for which it was set up.
Dr Enyia said that with the wealth of experience of members of the new team, she was confident that they would leave an indelible mark in the annals of the Niger Delta region.
She urged the directors of the Commission to cooperate with the new team to check the negative publicity that had been the lot of the Commission in recent times.