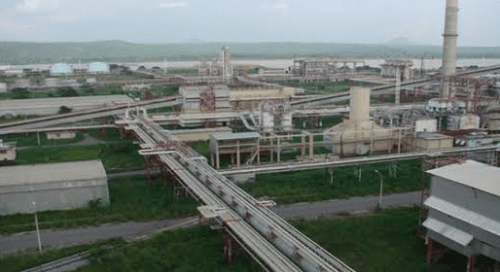 INSTITUTE POSITION OVER THE RECENT DEAL BROKERED BETWEEN FEDERAL GOVERNMENT OF NIGERIA AND THE RUSSIAN GOVERNMENT ON WEDNESDAY, OCTOBER 23, 2019 IN SOCHI, RUSSIA...

INSTITUTE POSITION OVER THE RECENT DEAL BROKERED BETWEEN FEDERAL GOVERNMENT OF NIGERIA AND THE RUSSIAN GOVERNMENT ON WEDNESDAY, OCTOBER 23, 2019 IN SOCHI, RUSSIA FOR THE COMPLETION AND COMMISSIONING OF $10 BILLION, 1.3 MILLION TONS PER YEAR, and 98 PER CENT COMPLETED INTEGRATED AJAOKUTA STEEL COMPANY LIMITED (ASCL) STEEL PLANT AT AJAOKUTA, KOGI STATE 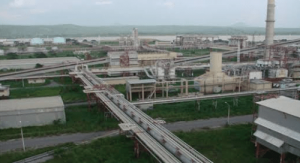 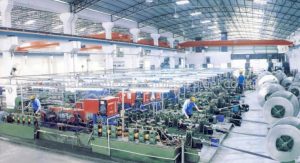 The Nigerian Government had on the above date concluded a deal based on “government-to -government relationship to complete and commission the Ajaokuta Steel Rolling Mill considering an outcome of September, 2019 visits to Nigeria’s Ministry of Mines and Steel Development by the Russian government alongside the MetProm Group, a company distinct from V/O “TIAJ PROMEXPORT” erstwhile major contractor who had achieved 98 per cent project milestone before the suspension of the project, originally Ukrainian firm under the defunct USSR. The delegation was led by the Ambassador of Russia to Nigeria; Alexey Shebarshir among other officials on the delegation was the Deputy Head of Mission, Trade and Economic Affairs, Valery Shaposhnikov whom expresses interest to complete the remaining 2 per cent in addition to that operating the plant.
Nigeria’s has exceptional natural and human capital for vibrant steel industry. We understand the Socio-economic importance of this strategic industry to sustainable development and national security in the immediate and distant future withal we accept that steel being one of the most important materials for building and infrastructure, an enabler of a wide range of manufacturing activities along with that creating of opportunities for innovative solutions in other sectors also opening a variety of windows for research and development projects the world-over.

The Ajaokuta Steel Company Limited (ASCL) referred as Ajaokuta Steel Mill is sited in 24,000 hectares, 9,000 acres land, Ajaokuta, Kogi State, Nigeria. Inextricably the project was conceived in 1958 with a view of harnessing the available iron ore and similar resources ditto to boost foreign earnings more importantly diversifying and engendering the opportunity for the country to achieved industrialization. The construction commenced in 1976 with the mechanical work nearing completion except blast furnace of which remaining milestone stood at 2 per cent. To the same degree during the period of 1983 to 1988 the plant was partially in operation outsourced billet from external sources with thermal plant, utility system and repair shop ready. However the plant is designed to accommodate expansion of up to 10 million tons capacity.
Our position

That the position of the Federal Government to complete the remaining 2 per cent of phase 1 and ensuring the commencement of the operation of this plant in earnest is Sine qua non to industrialization, economic rebirth and growth and given its economic importance to the country the decision is laudable.

The successful management of the reactivation and the remaining 2 per cent phase 1 completion program demand a deeper understanding and responsibilities from the host government or its independent appointee (s). What’s more is that the completion of phase 1, essentially includes programs for provision of: (a) rail and; (b) flat steel production facilities to service automobile industry, military hardware’s, aero industries, Hydrocarbon Exploration, Exploitation and Production operation, Agriculture sector, maritime-ship building, rail industries, allied industries thither but important things of life from simple razor blades to knives and forks and the printed newspaper etc.

Consequence the expansion program is meant to connects the planned phases 1 and 2 milestone. Reasonably Rail components production capability, further the flat steel production line must be incorporated along with the reactivation and the phase 1 completion program as the former require a minimum of 700mm mill being capable of producing 100,000 Tons per year (Tp/y) with the total increasing output to 560,000 to 600,000 Tp/y.

Nigeria possesses the skilled manpower and technical know-how to operate the plant efficiently and notwithstanding the about 5,400 aged workforces trained prior to the 1986 purged startup date there is utmost needs for an expansive training program making use of available training facilities, organization and tertiary institutions across the country to some extent and when occasion demands specific programs when not available in the country could be outsourced offshore.

It is widely believed that strong economic recovery and accelerated growth are prerequisites for achieving progress in political and socio-cultural front of Nigeria pro tanto economy attaining a vantage position given the fact that it must be built on a strong decision makings mechanism of the government. Tough choices, no doubt paid and there is no excuse that the present position of government given to the reactivation and completion of ASCL, more importantly the expansion of Phase 1 to accommodate rail components production facility, also the flat steel considered critical for industrialization and a strong message of commitment by the government in real tem to growth the economy from positive view it will present no problem achieving increase in Gross Domestic Product (GDP) growth.

That commissioning and operational programs withal plans must go hand –in –hand in one direction and must be transparent and sustainably. However depending on the direction that such decision takes, they may either support the envisaged economic benefits expected from this plant or risk that could be resulted in pulling down the a thresh hole this respectable decision of the presently administration at some point the risk of a down-ward spiral of faltering demand that undermine the needed growth and revenue to the same degree deteriorating the solvency of government and banks.

In complementing this effort Government must adopt expansive macroeconomic policies to restore demand, employment and growth.

That the existing facilities are in accordance with the International standard, influenced by Russian design implicitly the equipments and steel structures are designed and constructed in an extraordinarily larger form that accorded the plan an advantage to the same degree offering advantages to the new contractor thither building on a strong capability derived from human capital acquired from the erstwhile project contractor.

That given the fact that large volume of freight projected to be above 1.3 tons per year (Tp/y) at nominal production capacity comprising of finished products, raw materials including iron ore, cooking coal or coke, limestone, dolomite scraps penultimate the available rail capability, consequently there is a need for a comprehensive transportation program unveiled by the Federal Government that permits sustainable engagement of both the public and private sectors entities and more especially dredging of the River Niger and the improvement of the Inland Waterways transportation related capability.

That the forces of liberalization, and short comings on trade agreements and deals must be courageously manage at protecting domestic industry so that exceptional situations of import competition were taken care and remained exceptions to protect the investment in ASCL. To the same level the country’s National Assembly need to adopt a “Safeguard and Antidumping” bill to create trade defence mechanism which by implication amounted to imposing rather than removing import restrictions raises the distinct possibility of indiscriminate use.

We have hit the bottom and what’s more is resolving debacle that keeps ALSCON in a cooler which is considers a plus to the much anticipated economic reconstruction of the present government in action.

That contrary to the widely believed that our position on Dayson Holding/UC Russal deal over Aluminium Smelting Company of Nigeria (ALSCON) Privatization program was against the Russian business interests in Nigeria, to the same degree its economic policies. Accordingly, we seized this opportunity refuting such an insinuation, as untrue and given the pervasive trend pervading the whole exercise, essentially bothering on the credibility issues and evidences available informed our objective ditto our present disposition. At that, the Russians government has the right to advance its business interest hand –in -hand genuine economic policies, and except contrary to the extant law of the country so to free from any inferences.

Consequently, considering that the existing steel rolling plants in the country are facing hard time. Interestingly, we call on the government to extents financial incentives, especially tax break in the same position a financial lifeline to compensate for loss earnings due to the non-availability of inputs from Ajaokuta and NIOMCO, also considering that these plants were specifically conceived to be depends on raw materials from mostly these to facilities, in the same degree, to upgrade its infrastructures and assets to complement the disposition of the government.

In the same vein given that Functional steel industry translates to a functional economy hitherto multiplier effects that will permeate all sectors of the Nigerian economy such as the industrial, agricultural, transport and construction sectors providing a stream for our technological take-off . I want to thank the administration to halve above 510,000 Nigerians out of streets, criminality and similar illicit activities. The press is not left out in our effort pushing for a livable and prosperous country that impact `on the lives of its citizens. On this very matter among other issues I extend my gratitude to the press of diverse medium for their effort.