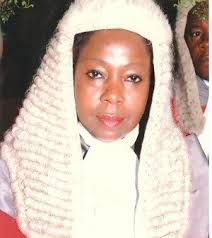 From Dianabasi Effiong The Chief Judge (CJ) of Rivers, Justice Adama Iyayi-Lamikanra, has released unconditionally, no less than 43 inmates when she visited the...

The Chief Judge (CJ) of Rivers, Justice Adama Iyayi-Lamikanra, has released unconditionally, no less than 43 inmates when she visited the Ahoada and Port Harcourt Custodial Centres in the State.

Their release was made known in a statement in Port Harcourt by the Deputy Superintendent of Corrections (DSC), Juliet Ofoni, the Public Relations Officer, Nigerian Correctional Service, Rivers State Command.

According to the statement, the state’s chief judge also released two inmates on bail to continue with their trials in court during the visit.

It stated that the delivery of the affected inmates was made at the conclusion ofIyayi-Lamikanra’s three-day routine visit to Custodial Centres in Rivers state.

It quoted Iyayi-Lamikanra as stating that the visit was in line with her functions to de-congest the overcrowded Custodial Centres in the state.

The statement added that the exercise was attended by top Judicial Officers, Officials of the Directorate of Public Prosecution, lawyers, Prosecutors, the Police and officials of the Nigerian Bar Association.

According to the statement, the Controller of Corrections, Rivers Command, Mr Olumide Tinuoye, also lauded the CJ and her team for visiting Ahoada and Port Harcourt Custodial Centres.

He also commended the CJ for listening to one of the beneficiaries, a 65-year-old male inmate, who had been in custody for more than seven years for defilement.

Tinuoye was also quoted by Ofoni as further stating that had the CJ listened to other inmates with capital offences, perhaps more inmates would have been set free during the visit.

“The Controller suggested that there is need for the CJ to give a definite instruction to both the arresting Agencies and the Director of Public Prosecution (DPP) to come up with concrete information on every inmate to be considered for the CJ to be well-informed before the Jail delivery day.

“The Judiciary should disabuse their minds from the notion that the Nigerian Correctional Service wants criminals to be released back to the society but they should note that it helps the job of corrections if they are convicted than remand.

“The Controller concluded that the visit will help to reduce agitation and restiveness among the Inmates during this Yuletide season,” it stated.

The statement added that Tinuoye “also solicited for more support from the State Government, Non-Governmental Organisations and well-meaning citizens of Rivers as 90 per cent of Inmates in custody are from Rivers State