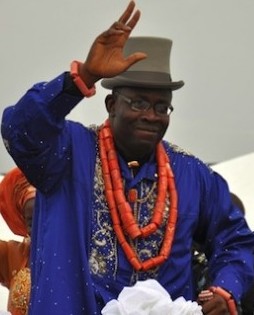 Gov Seriake Dickson of Bayelsa has urged the people of Bayelsa to keep faith with the Peoples Democratic Party (PDP) as they go to... 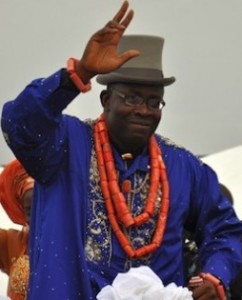 Gov Seriake Dickson of Bayelsa has urged the people of Bayelsa to keep faith with the Peoples Democratic Party (PDP) as they go to the polls on Nov 16 to elect his successor.

Dickson who made the call in a radio broadcast on Sunday night monitored by in Yenagoa noted that voting against the PDP would amount to betrayal of trust to PDP faithful nationwide.

He said that the faithful of the party who supported former President Goodluck Jonathan to become President would be disappointed if the people of Bayelsa dump PDP for the All Progressives Congress (APC).

He advised the people to make informed choices between Senator Douye Diri of the PDP and Chief David Lyon of the APC haven heard the candidates sell their plans as they canvass for votes in a peaceful atmosphere.

“I advise Bayelsa people in their own interest to keep faith with PDP, the followers of PDP across the country who made sacrifices and supported one of our own to become President will feel disappointed if we abandon PDP.

“It is on record that some of them were attacked for supporting former President Goodluck Jonathan and some were even killed for standing by our own, so it is only reasonable that we remain with PDP,” Dickson said.

On the purported rift with Jonathan over the choice of the PDP governorship candidate, Dickson blamed ‘political jobbers’ for making misleading comments and misrepresenting his actions.

Dickson said that those who claimed to be working for Jonathan do not mean well for the former President.

He said that Jonathan remains his leader adding that he served as a political strategist to the ex-president adding that those sowing the seed of discord between them were unfair to him.

“I do not want to say much but those of them sowing the seed of discord were not there when I fought battles for the former President, I was the only PDP governor that did not collect the N750 million for Jonathan’s re-election in 2015.

“I told him then that the election was our own and those who wanted to impose a successor on me are unfair, I will reveal more in my memoirs when I leave office and people will have the details,” Dickson said.

Jonathan was absent at the grand finale of the PDP rally in Bayelsa ahead the Nov 16 poll fueling speculations that the former President was aggrieved with the outcome of the primaries.

The aspirant purportedly endorsed by Jonathan lost out in the September primaries.

The governor stated that the APC was sabotaging the development efforts of his party, the Peoples Democratic Party (PDP) in Bayelsa.

Dickson also blamed the approval delay on the activities of some overzealous officials of the Ministry of Aviation who he accused of playing with the development of the state.

He maintained that the Airport was built to international standards at the cost of less than N70 billion and urged the people to vote against APC for playing politics with the development of Bayelsa .

It will be recalled that the Nigerian Civil Aviation Authorities had inspected the airport in September and insisted that the facility be fenced before final approvals for flight operations.

The Bayelsa government had obtained a N40 billion loan to finance the project, and later sought the state Assembly’s approval of additional N40 billion for its completion and other capital projects.

Meanwhile, the APC in Bayelsa had said that computing the interests paid on the loans has shot the project sum to over N100 bn making the airport the most expensive in the world.

The party said that the cost of borrowing made the project a burden on the treasury.