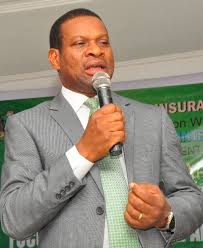 The Bayelsa Health Insurance Scheme (BHIS) on Friday said it targets universal health coverage in the state by 2030 following the successes it recorded...

The Bayelsa Health Insurance Scheme (BHIS) on Friday said it targets universal health coverage in the state by 2030 following the successes it recorded in the public sector in the past two years.

Dr Zuoboemi Agadah, the BHIS’ Executive Secretary, said that the scheme covered more than 90 per cent of the public sector with enrolment of more than 130,000.

He spoke on the sidelines of a symposium on the operation of the BHIS in Yenagoa.

According to Agadah, the scheme leverages on the principle of risk sharing by polling resources together to assist those that fall sick.

He said that the BHIS law signed in May 2019 made social health insurance cover mandatory resulting in the effort by the scheme to enrol private sector participants in the state.

“We have made significant progress going by the coverage so far and the feedback we get from enrollees who have been relieved of the financial burden of healthcare by a nominal premium deducted from their salaries.

According to him, the BHIS template is being adopted by other states.

He called for the sustenance of the policy by incoming administrations, adding that the scheme was already self-sustaining and running profitably .