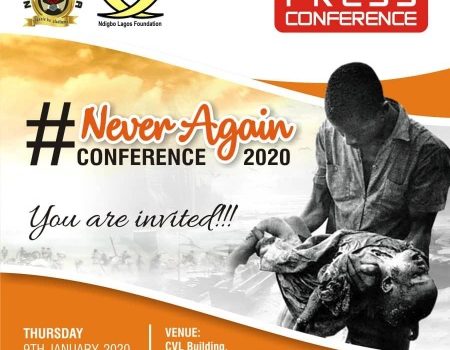 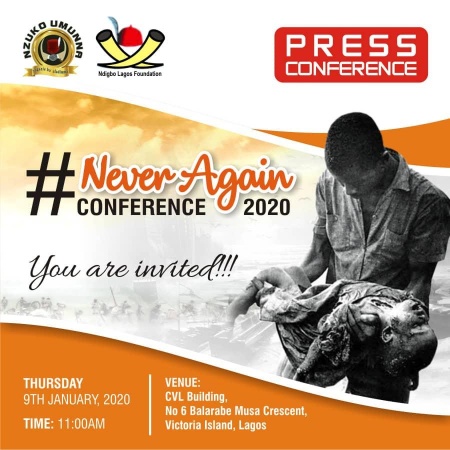 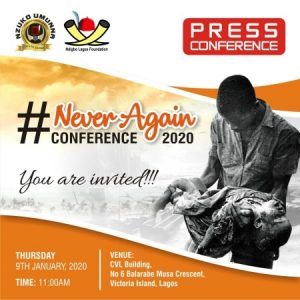 Nobel Laureate, Prof. Wole Soyinka, and erudite developmental economist, Prof. Pat Utomi, will headline the conference on the 50th anniversary of the Biafra-Nigeria War, News Express can report this morning.
Themed “Never Again”, the conference is scheduled to hold on Monday, January 13, 2020, at Agip Recital Hall, MUSON Centre, Onikan, Lagos. It being organised by Ndi Igbo Lagos, Aka Ikenna and Nzuko Umunna.
Prominent personalities expected to grace the event include former President Olusegun Obasanjo, Ooni of Ife, Oba Adeyeye Ogunwusi, and Oba of Lagos, Oba Rilwan Akiolu.
News Express learnt that the conference will be preceded a Jumaat Service on Friday, January 10, and a Church Service on Sunday, January 12. After the conference would come year-long events, among them a lecture by celebrated writer Chimamanda Adichie, and an economic forum. It will be concluded with an event at Uli, Anambra State, in January 2021.

Commenting on the event during a media chat yesterday in Lagos, Prof. Utomi said: “It is a shame that in Nigeria, today there is more bitterness in the country than during the civil war.”
He confirmed that he would be delivering a lecture on January 13 as part of the event, adding that the organisers would soon issue a statement on the conference.