Published books have been described as the sustainable foundation for acquiring knowledge and promotion of reading culture for development of the society. Chairman, Delta... 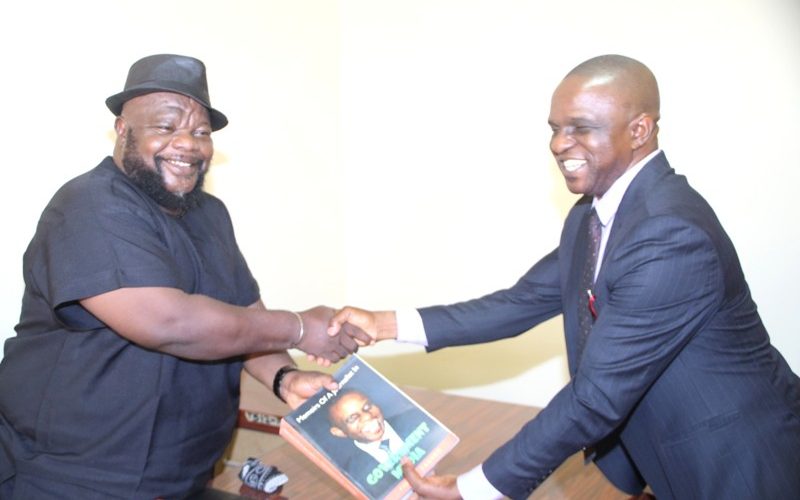 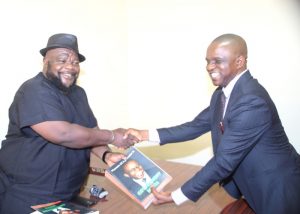 The Author of the Book the Memoirs of a Journalist in a Government Media, Sir Fidelis Egwugbo (right), presenting a copy of his Book to the Chairman, Delta State Library Board, Dr Israel Abido in his office, Asaba. PIX: BRIPIN ENARUSAI

The Chairman, Delta State Library Board, Dr Israel Abido (6th left), the Author of the Book the Memoirs of a Journalist in a Government Media, Sir Fidelis Egwugbo (5th left), with Directors of State Library Board and some Journalists at the Library shortly after the presentation of the Book “Memoirs Of A Journalist In Government Media” the Chairman of Board the Author, Sir Fidelis Egwugbo, in Asaba. PIX: BRIPIN ENARUSAI

Published books have been described as the sustainable foundation for acquiring knowledge and promotion of reading culture for development of the society.

Chairman, Delta State Library Board, Dr Israel Abido, made the assertion, on Wednesday in Asaba, during the presentation of copies of ‘Memoirs of A Journalist in Government Media’, an 800-page compilation of features written by Comrade (Sir) Fidelis Egugbo, at the Delta State Library complex Asaba.

Dr Abido allayed fears in certain quarters that the rise and spread of the Internet and social media would lead to the total collapse of the reading culture in Nigeria, noting books in hard copies would survive because such books written and preserved in libraries over generations and centuries actually form the foundation for information in the Internet.

He therefore urged individuals, educational institutions and even private organisations to promote reading culture in the country by encouraging people and professionals to write and publish books in the interest of the present and future generations of Nigerians.

Abido commended the Delta State Governor, Dr Ifeanyi Okowa, on the building of the state library facility in Asaba, the state capital, saying that was an important step towards the promotion of reading culture in the state.

He also commended Comrade Egugbo for his interest in writing and publishing books that would serve as valuable reference materials for researchers and members of the reading public, advising other journalists to emulate the author by documenting the various works through book publication.

The Director, Delta Library Board, Mrs Rosemary Ebor, and the deputy director of the board, Mr Fidelis Odume, threw more light on the importance and functions of the library and commended the author for his efforts at promoting reading culture and thereby encouraging library services.

Earlier, the author, Comrade Egugbo said that he was desirous of promoting the reading culture through writing because of the usefulness of books as a dependable source of information to a wide range of interests in the society despite the fact that increasing number of people today take advantage of easy access to the ibternet for their information needs.

He said that although he had put together the ‘Memoirs of A Journalist in Government Media’ some years ago, he decided to formally present some copies of the books to library in Asaba in view of another publication still in works and expected to be launched later in the year.