By Tony Iyare In spite of the avowed resolve by the administration of President Muhammadu Buhari to check the spread of Coronavirus, inadequate funds... 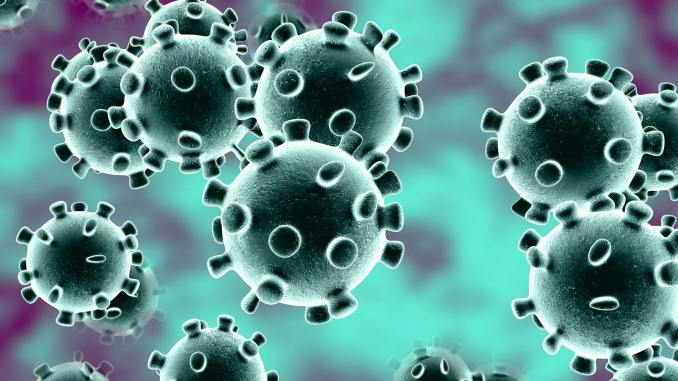 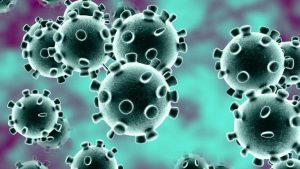 In spite of the avowed resolve by the administration of President Muhammadu Buhari to check the spread of Coronavirus, inadequate funds and lack of a clear cut policy on the use of herbal medicine by the Nigerian government, may make the search for indigenous cure for COVID-19 pandemic forlorn.

Findings from the Nigerian Institute of Medical Research (NIMR), Yaba, Lagos authoritatively reveal that not much has been done to unravel claims by many scholars who have presented herbal remedies for COVID-19 pandemic as the institute is bedeviled by lack of funds to conduct clinical trials to ascertain their efficacy.

Director General, NIMR, Prof Babatunde Lawal Salako who confirms the receipt of a barrage of drugs on COVID-19 pandemic in an exclusive interview, laments the predicament of his institute hamstrung by funds to carry out clinical research, raising critical questions about the country’s preparedness to search for an indigenous cure.

“We have received requests from many herbal medicine researchers including Pax Herbal Centre, Ewu, Edo state and many others, asking us to test their drugs for COVID-19. Clinical trials are not tea parties particularly if it has to be conducted for drugs to cure a virus that’s pandemic.

“It’s an elaborate process. You have to come up with a protocol to be approved by the Ethical Review Board which will endorse the trials of the drugs on humans before we begin to ask for volunteers. So much is involved in clinical trials. You have to test the toxicity and other components of the drug. You have to also test the heart and kidney of the volunteers before administering the drug on them because of any possible reactions.

“Who takes responsibility if anything happens to the volunteers in the process of administering the drugs?” he asks rhetorically, in veiled reference to the recent trials in the UK where one of the volunteers who was given a COVID=19 drug died two days after.

Salako, also a former provost, College of Medicine, University of Ibadan, says, “We are also hamstrung by the lack of a clear cut government policy on the use of herbal medicines unlike countries like China which has long integrated it into their health care system. Although we’ve been working with traditional medicine practitioners but the lack of a clear government policy on the issue makes it difficult for how to relate with them.”

Established in 1977, the NIMR conducts research into diseases of public health importance in Nigeria. It is intriguing why a chunk of the several billions of naira contributed by top Nigerian billionaires, foreign agencies and other public spirited persons to support the fight against COVID-19, have not been deployed to such a vital institute to conduct clinical research on drugs to combat the virus.

In the wake of the shocking invention of an indigenous drug in the Indian ocean island state of Madagascar called “CODID Organic” or “CVO,” which the country’s President, Andry Rajoelina, who drank it on national TV, claim can be used for treatment and prevention of COVID-19, tongues have been wagging as to what’s happening to all the claims by scholars of herbal medicine in Nigeria, a supposed Africa’s giant state about indigenous cure.

The virus has posted over three million cases, killing over 200,000 persons globally and confining many countries in virtual lockdown. Nigeria which has also recorded over 1000 cases has witnessed 40 deaths.

Without an endorsement from the World Health Organisation (WHO), Madagascar has already administered its locally produced drug on patients suffering from COVID-19 and have recorded some successes. The speed with which the country came out with an indigenous cure is also astounding.

With a land mass of 587,041 square kilometers and a population of over 27 million people, Madagascar had its first 9 confirmed corona virus cases on March 23rd. Within a month from 23rd March to April 23, she had recorded a total of 121 confirmed cases with the last case on 19th April. The country also had a total of 58 recoveries and no deaths.

However, over this period the country resorted to searching several possible ways to treating the infected persons and recording gradual number of recoveries up to date. The world was taken aback when President Rajoelina recently declared that the country had found both preventive and curative treatment for the virus. Activities have returned to normalcy in Madagascar and students are to resume their various schools from Wednesday in the coming week.

The drug which is called “Covid Organic” or “CVO” has been made compulsory for all citizens, and it is to be given free to all school children and most vulnerable citizens while the wealthier fellows would purchase theirs. And all the money to be realised from the sales of the drug is to be ploughed back into their science research institute.

Some of our reputed scholars and practitioners steep in the area of herbal medicine research like Prof Maurice Iwu, chairman, Imo State Committee on COVID-19, Prof Joseph Akpa, provost, Luminar International College of Alternative Medicine, Enugu, Dr Ajayi Jeremiah, a trado medical practitioner and Rev Fr (Dr) Anselm Adodo, director, Pax Herbal Centre, Ewu, Edo state and others who claim to have remedies to the deadly COVID-19 virus submitted their drugs more than a month ago but it appears to be gathering dusts at the NIMR.

The work of Iwu, a professor of Pharmacognosy at the University of Nigeria, Nsukka (UNN) on bitter cola and Rev Fr Adodo, a Benedictine monk who superintendents over the production of herbal drugs on various ailments that are available in all Catholic Church parishes in different parts of Nigeria are quite familiar. Both of them jointly authored a new book titled, Healing Plants of Nigeria: Ethnomedicine and Therapeutic Applications

Some scientists at the University of Ibadan have also recommended a plant called Euphorbia Hirta as a herbal alternative to mitigating some of the diseases associated with the COVID-19 pandemic. According to the scientists, some of the diseases, which the plant can cure, include dry cough, respiratory failures and fever, among others.

The scientists, including Profs. Ademola Ladele and Rasheed Awodoyin, told the News Agency of Nigeria (NAN) in Ibadan on Tuesday that the Euphorbia Hirta was commonly called Asthma plant. Awodoyin, a Weed Ecologist, said that the plant is known as Asin Uloko in Edo, Nonon Kurciya in Hausa, Chamma Chamma in Kanuri, Endamyel in Fula-Fulfulde (Borno), Ba Ala in Owerri and Akun Esan in Yoruba.

Others, the don said, were Dr Idayat Gbadamosi (Ethnobotanist) and Dr J. Badejo (Drug Development Specialist) and Prof. Ademola Ladele (Agricultural Extensionist). He said that the plant was a herbal alternative to curing dry cough, respiratory failures, fever and some other related symptoms of chronic flu, all of which were associated with COVID-19.

Awodoyin told NAN that the plant, after being boiled, could be taken as tea and could serve as first aid treatment for dry cough, while further complex solutions to the pandemic could still be explored. He said that the scientists were sparked up by shared information that mucus plug of the airways and nasal chamber, among others were the causes of seizure and death from COVID-19.

“Asthma plant tea softens dry cough, releases the mucus as phlegm. It is a safe herb tea, though not recommended for pregnant women and should be taken for six consecutive days.

“Just get a handful of the plant, steep in boiling water for 15 minutes, drink freely, as the taste is pleasant. I use it at my family level. I don’t even use it for more than three days before getting immediate result,” Awodoyin said. He emphasised that such medicinal plants had curative actions due to the presence of complex chemical constituents.

“The aqueous extract from the plant exhibits anxiolytic, analgesic, antipyretic and anti-inflammatory activities; the root decoction of the plant are also beneficial for nursing mothers deficient in milk (galactogogue).

“The aqueous extract shows antioxidant effect and a free radical scavenging activity. It is used to lower blood pressure, treat athletes foot, dengue fever and for production of blood platelets.

“It can also be used to relieve anxiety and stress. In South India, it is used as ear drops in the treatment of boils, sore and wounds; a decoction of the leaves induces milk flow and the leaf chewed with palm kernel for restoration of virility.

“It is also effective in treating ulcers, while the plant is also eaten as a vegetable; it is a powerful herb which should be used in moderation.

“In Benin City, the plant is pounded, mixed with palm oil and licked to treat any type of cough,” he said, adding that although the plant was reported to have anti-fertility activity, report from Guinea revealed that the plant extract had practically no toxicity towards man and guinea pigs.

According to him, using the plant may help COVID-19 patients to breathe with ease and remove the need for a ventilator for mild cases. “There is no evidence yet that asthma plant can cure Coronavirus, but it can be useful in mitigating some of the symptoms like fever, coughing and respiratory challenges.

“A research group at the University of Ibadan is exploring the benefits of other similar plants for the adequate cure of chronic flu and other respiratory diseases, including COVID-19,” he said.

The worry is however whether there’s any concrete synergies between these practitioners angling for Coronavirus remedies, the nation’s health authorities and the drug manufacturers. Apart from fears of getting enmeshed in the persistent rivalry between orthodox and herbal medicine practitioners, there’s also concerns that we may end up with some motion without movement on this issue like it happened before.

It may be forlorn to begin to gauge our gains from a successful fight against Ebola in 2014. Many of the ventilators deployed for that battle and for Lassa fever have gone comatose. Thanks to two young men who are presently helping the University of Jos Teaching Hospital to revive some of them back to life.

But with government which has proved prostrate over issues like this over the years, many argue that it would be idealistic to expect it to seize the opportunity of these Coronavirus drug find to thrust the country on the path of eldorado. What of our drug manufacturing companies, are they likely to seize the initiative to present the world with a remedy?

We have always made merry while watching such inventions sold for a mess of pottage. From the pando yam machine, invented in Ife Varsity in the late 70s to myriads of other inventions by our researchers, government has been lethargic, leading the inventors to barter away their prized works to foreign companies. And they end up exporting those goods back to us at exorbitant costs.

Ordinarily, with the abundance of varying plants and trees dotting our environment, a country like Nigeria should spearhead the search for herbal remedies.  But tired of seeking for collaboration amongst government agencies in Nigeria, Adodo for instance became a toast of foreign governments. He has long been engaged in herbal research with the US, Germany, UK, Japan, Canada and South Africa while our country dithers on the issue.

Just like Senegal found a way around the production of cheaper kits and ventilators while Ghana is sending COVID-19 samples from rural areas to laboratories in the urban areas by medical drones in a jiffy, Nigeria with its huge endowment should lead the find for an indigenous cure.