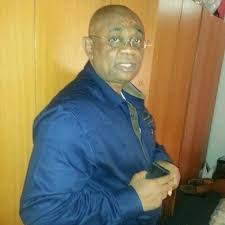 By Chuma Nzeribe I understand our apprehensions over some videos and audio recordings of impending attacks and warfare against Ndigbo but there is need...

I understand our apprehensions over some videos and audio recordings of impending attacks and warfare against Ndigbo but there is need that we properly situate our reactions over them and lessen the drumbeats of war and look for best possibly ways forward. More than any other tribe Ndigbo are being looked at carefully for possible areas of conflict within the Nigerian state in view of the 2023 presidential politics in which we are favored to clinch.

In real terms not all the propagandists and noise-makers can fight a war if it breaks out today. As leaders we give hope and comport ourselves well to outsiders. Igbos are richly endowed with men of valor and courage. Some of these videos are exactly what they are… mere propaganda!

Sir Ahmmadu Bello and Action Group of Chief Obafemi Awolowo to insert a SECESSION CLAUSE in the Nigerian Constitution. That is why we have a NIGERIA today. Also in the hotly contested national parliamentary election for House of Representatives in December 1959:

compatriot Dr. Nnamdi Azikiwe accepted an alliance with the northern Nigeria based NPC to become the First ceremonial President of Nigeria while allowing the Third-placed NPC of Sir Ahmmadu Bello to produce the First Prime Minister of Nigeria in Sir Abubarkar Balewa.

allies and have outstanding obligations and huge political capital to redeem and shall be lobbied and persuaded to assist with our 2023 presidential ambitions. We seek a Nigerian President in 2023 of Igbo extraction because we are true Nigerians, and believe in the Nigerian project.

NCNC to extract the creation of Mid-West Region (now variously called South-South zone) against the majority of AG members. Today, we still bear the brunt of supporting our great President Goodluck Jonathan in 2015, and still suffer neglect and lack of development for it. But we really don’t care…!

is available to the Igbo man at all times. We are in a quasi-state of war and political and economic neglect, bounded by hostile neighbors and an ever-unfriendly federal structure and government. But we are prepared….!

and political space for our global trading activities, we must NOT lose sight of the ability to defend ourselves if need be today. And we are prepared…!

Can Our Feudal lords Fight?:

Understandably, there’s much feudal tendencies and mindsets among the northern ruling class but there’s also a progressive and liberal block of intelligentsia inside President Muhammadu Buhari government preaching restraint and accommodation. We shall continue to engage with others to enthrone good governance and tolerance to create enabling environment for pursuit of our interests and still not lose sight of our ability to defend ourselves.

parasites in the northern ruling class, and I have my doubts if these feudal lords have the mainstay to pull up a fight with the south at this time as they lack the capacity to confront President Muhammadu Buhari or even challenge for control or serious intellectual discourse under this government. President MB Buhari needs a peaceful transition in 2023 to cement his legacy

–  There is a proxy structure holding together PMB government and running the state administration in his name but their dominant mindset is economic and  settled political environment, not war. Most of them are notable General Abacha goons seeking relevance in post PMB northern Nigeria politics and creating a state siege against the South especially Ndigbo to be taken very  seriously.

–  The use of so-called northern youths to make statements of intention and preparedness to attack the Christian south is hollow, and not even new to us.

They lack the skills, institutional contacts and reach to mount an armed of insurrection against southern Nigeria. We know them..!

All these noise and threats of invasion are part of their groundwork for the fast evolving 2023 presidential politics. It seeks to frighten us with reminders of the ugly civil war but we shall remain undaunted, and unbowed. Our quest for a Nigerian President of Igbo extraction is legitimate and should be pursued with renewed vigor.

Ndigbo have great minds to challenge for the Presidency. Without mincing words, Gov. Peter Obi is an eminently qualified, completely detribalized, humble and experienced presidential material in Nigeria today. So also is Gov. Dave Umahi, and many others. We can challenge for the highest office in the land to the satisfaction of every Nigerian in 2023, and beyond!

Our South-East governors are right to have discarded the community policing concept sold to them by the national police who routinely and mindlessly mow down our defenseless compatriots on our streets, and may be unreliable partners in its implementation. They looked the other way while three-Million registered Igbo voters in Lagos State were chased away from INEC Polling Booths plus one-Million voters in Kano State during the 2019 presidential election. We learn every day!

Let our South-East governors look for credible alternative means to protect our people. I hope they adequately understand the national security architecture and can simulate, and situate, our South-East security network within that context. And much more…!

Notionally, it is important we lower the political temperature in the land and seek better approach to national politics than we currently do. We cannot win the Presidency with threats and social media campaign. Let us continue to build bridges among other stakeholder ethnic groups in the Nigeria project while still improving our economic stock where we also seem to excel. We shall need all these resources at the appointed time, and wherever necessary in the political field, and elsewhere!