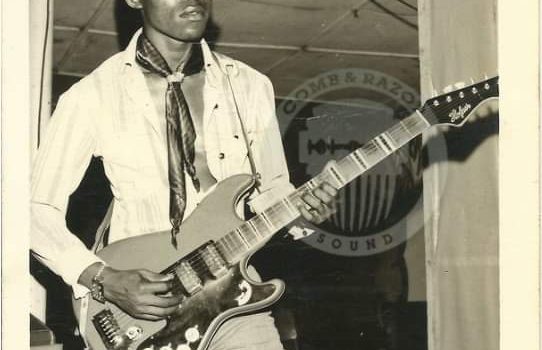 Berkley Ike Jones, Lead Guitarist Of The 70s Soul Group, The Funkees, Bows Out At 72

Berkley Jones Ike first appeared on the Nigerian music scene in the mid-1960s, as the drummer in the Port Harcourt-based teen pop group The... 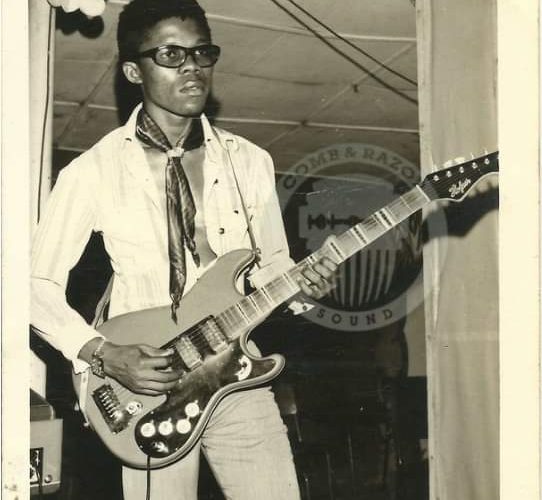 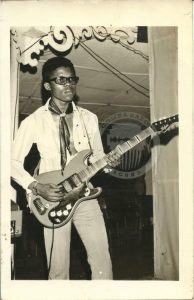 Berkley Jones Ike first appeared on the Nigerian music scene in the mid-1960s, as the drummer in the Port Harcourt-based teen pop group The Figures. At the end of the Nigerian civil war in 1970, he signed on as lead guitarist in the upstart rock n’ soul band The Funkees, where his adventurous guitar lines got him noticed by talent scouts who instantly whisked him off to Lagos and installed him in the high profile rock group The Clusters.

The Clusters soon morphed into the Afro Collection under the leadership of Tee Mac Iseli, and then into SALT under Ginger Baker. Eventually the group splintered, giving birth to Nigeria’s first afro-rock power trio BLO–Berkley, Laolu (Akins), (Mike) Odumosu. While BLO would reign as one of Nigeria’s most respected and influential rock groups throughout the seventies, perhaps Berkley made an even greater impact through his work as a prolific session guitarist, often employed by super-producer Odion Iruoje to inject additional layers of sizzle, sophistication and all-around excitement to records by Ofege, Sonny Okosuns, Kris Okotie, “Blackman” Akeeb Kareem and many others.

Berkley Jones quit the music business in the early eighties and reinvented himself as one of the country’s leading interior designers and architects, and eventually as an insightful and wickedly witty Facebook commentator on current issues.

He passed away yesterday in Asaba, a little bit under a month away from his 72nd birthday. Condolences to his family, friends and fans. His outsize legacy lives on. 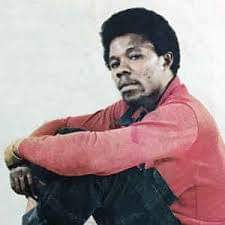 Berkley Ike Jones during the 70s

I was woken up this morning with the crazy news that one of the greatest guitarists the Nigerian nation has ever produced, the amazing Berkley Ike Jones has passed on in Asaba, Delta State. I screamed! It just could not be true so I called Emma Ogosi in Asaba and he too said it could not be true. He had not heard. Emma promised to run a check and call me back. Less than 5 minutes later, the phone rings and it was Emma. He said something about Berkley and low blood pressure! He confirmed the bad news. The mercurial Berkley Ike Jones has joined the saints!

It was the early 1970s not long after the Nigerian civil war that three urbane looking and sharply dressed young men in Lagos, Berkley Ike Jones, Laolu Akintobi and Mike Odumosu broke into the scene with a three-piece band called BLO which had an unbelievable sound as big as a huge orchestra. The name, BLO was coined from the first letters of the names of the guitarist, Beckley Ike Jones and the drummer, Laolu Akintobi and the first letter of the surname of the bass player, Mike Odumosu. BLO released the album, CHAPTER ONE on EMI and PHASE II, STEP 3 and PHASE IV, all on Decca’s Afrodisia label. BLO never quite achieved its potential in record sales but was red hot on stage and the girls went crazy whenever BLO came to town.

People thronged whatever venues BLO played, to listen to the guitar solos of Berkley Jones on his famous Fender Stratocaster guitar, the thumping bass of Mike Odumosu and the magical drum rolls of Laolu Akins and to see their flashy Orange loudspeakers and amplifiers provided by Decca.

The fact that only three guys produced such great sound was part of the great legend of BLO. The group was also very professionally packaged by their manager and publicist, Tony Amadi, one of Nigeria’s best Entertainment journalists of all times. There was no argument that BLO were the best instrumentalists around and almost every recording artiste craved for some bars of the BLO sound in their recordings. The guys naturally became the most expensive session musicians in Nigeria. When Mike Odumosu moved on to join the trans-national group, “Osibisa”, Biddy Wright ‘Oladele’ took over as the ‘O’ in BLO. In later years, the ‘O’ in BLO was the incredibly talented keyboard player, Lemmy ‘Otu’ Jackson who also became one of Nigeria’s most successful producers responsible for hit songs from the likes of Oby Onyioha, Christy Essien Igbokwe and Onyeka Onwenu.

The iconic producer, Odion Iruoje for several years feasted on the talent of Berkley Jones and deployed him on most of his productions. It was the great guitar solos of Berkley Jones that made the school-boy band, Ofege, the toast of Lagos in the late seventies and early 80s. The BLO sound with Berkley Jones on guitar launched Chris Okotie into stardom with I Need Someone. Berkley Jones featured in countless recordings produced by Odion Iruoje including those of Fela Anikulapo Kuti.

The multi-talented Berkley Jones later became a much sought-after interior designer for those with exquisite taste for their homes and businesses. One of his exceptional designs was the magnificent interior of Peak Night Club in Surulere owned by auto sales mogul, Chief Mike Inegbese.

I had a unique relationship with the great Berkley Jones. He was one of the people who inspired me to continue to do the work I do for the music industry. When as a bachelor boy, I moved into a flat at Mafoluku, near the international airport, Berkley Jones visited me with his wife, Ngozi and we all shared a meal cooked by me. I also used to visit them at their stylishly furnished home by Toyin Street in Ikeja.

Berkley Jones was a livewire of the creative industry family on Facebook, always engaged, with positive things to say about everyone. Apart from Emma Ogosi, I have this morning spoken with Odion Iruoje, Tony Amadi, who said he spoke with Berkley just yesterday; Lemmy Jackson, who chatted with Berkley yesterday and Patrick Doyle who is on FB with Beckley all the time. Everyone is in mourning because the Nigerian music industry has not just lost an icon, we have lost a special guy. Adieu the incredibly talented and irreplaceable Berkley Ike Jones.