By Fisayo Soyombo Dozens of plain-clothed gunmen who arrived in three white Hilux vans on Wednesday shot freely and terrorised staff of the Federal... 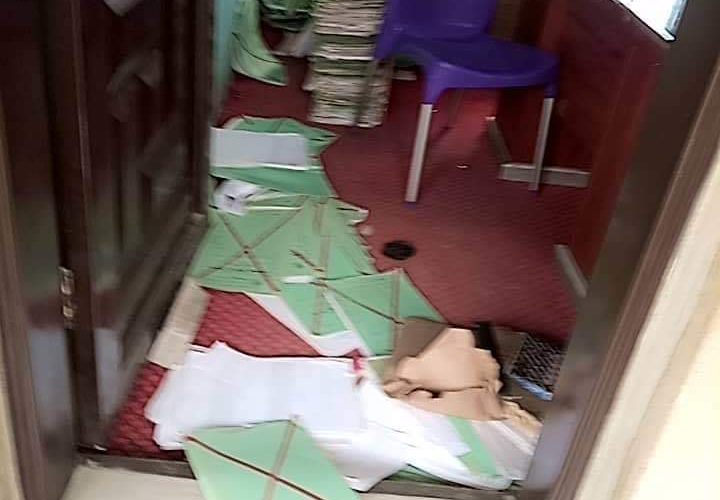 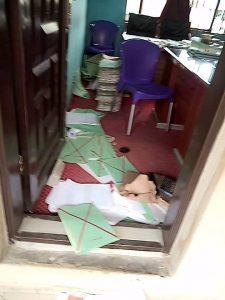 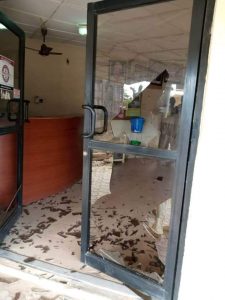 Dozens of plain-clothed gunmen who arrived in three white Hilux vans on Wednesday shot freely and terrorised staff of the Federal Medical Centre, Lokoja, who were planning a press conference/protest to pressurize Nigeria’s Federal Government to establish a COVID-19 screening centre in the state. The State Governor of Kogi State, Yahaya Bello is known to have denied the existence of the Corona Virus epidemic in his state.

“The gunmen shot sporadically into the air to scare people away, then went to the records and admin departments, where they seized laptops and destroyed a few things. They ransacked the Medical Director’s office too.”

“As the siege went on, the hospital management instructed the Nigeria Security and Civil Defence Corps (NSCDC) officials in the hospital not to shoot, to prevent bloodshed. I understand the hospital associations have told all staff to evacuate the hospital. This means the hospital has effectively shut down, which is terrible news to ordinary Kogi people without the economic power to seek medical care in private hospitals”, the witness stated.

A public Affairs analyst, Mr John Mabayoje who is conversant with developments in the state added:

“This just occurred today. The Chief Judge/ Justice of Kogi State recently died of Covid-19, 3 other Senior Government officials have died of Covid-19 including one the State Governor’s Special Assistants. The Covid-19 Isolation center the governor claimed to have built with N2 Billion Naira was the Emergency Temporary Facility Art up for Ebola and Lassa Fever, which was folded up and stored. The Governor brought it out and set it up. He furnished it and a storm destroyed it. He claimed he had spent N2Billion on it. The Staff were collecting figures of those with positive tests, he sent the same thugs he used at election time shooting into the air and shooting at anybody who resists”.