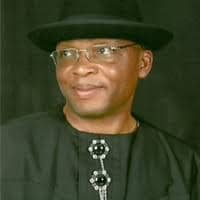 Members of the Caretaker Committee of All Progressives Party (APC) in Rivers have expressed their resolve to provide a credible alternative political platform for...

Members of the Caretaker Committee of All Progressives Party (APC) in Rivers have expressed their resolve to provide a credible alternative political platform for aspirants to contest all elections in the state.

The party’s resolve was made known on Wednesday in Port Harcourt by the Caretaker Committee Chairman, Dr. Sokonte Davies, when he addressed some journalists at the party secretariat.

According to him, the party has given them `the mandate to go and rebuild and put an end to the drift’ which caused the party’s failure to provide a credible opposition in Rivers.

Davies, flanked by Irene Hon. Elechi Dike, Sampson Egop and Ogbonna Nwuke who also constitute the committee, said that APC as a national party could not afford to be` voiceless’ in Rivers.

“This party has been in crisis over management of ambition and grievances in the state. This party was disenfranchised during the 2019 elections.

“We will be doing a disservice to the party if we fail to provide a credible alternative political platform in future elections. We are going to the grassroots to mobilise our members. We are talking to them individually.

“We have started an internal reconciliation process. We will consolidate. A committee has been set up to drive the process at the grassroots and reconcile everybody to ensure that the ambition of people at that level is not scuttled.

“Congresses will hold at the grassroots level. We want to return power to the grassroots. We are talking to everybody including the Minister, Hon. Rotimi Amaechi and Sen. Magnus Abe,’’ Davies assured.