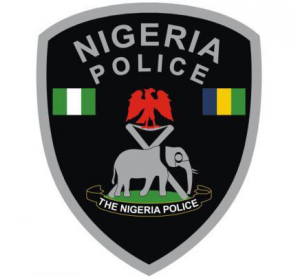 The Int’l Society for Civil Liberties & Rule of Law (Intersociety) has strongly called on the authorities of the Nigeria Police Force High Command led by IGP Mohammed Adamu Abubakar to urgently rise to the occasion by urgently drafting secularly composed special police detachments to Southern Kaduna especially in the Christian dominated areas of the State so as to secure and protect the endangered Christian populations or communities in the State who are now massacred at will on daily basis by the Jihadist Fulani Herdsmen and their affiliated Jihadist groups operating under different names and covers across the State. Intersociety is also throwing its weight behind the peaceful protest scheduled for today (23rd July 2020) in Abuja by the victim Christian communities and indigenous associations in Southern Kaduna.

The call was strongly made in a legally and strongly worded letter to the IGP, dated today, July 22, 2020, which has since been electronically delivered. The Letter, signed byIntersociety’s four principal officers: Emeka Umeagbalasi (Criminologist & Graduate of Security Studies), Board Chair, Barr Damaris Amaka Onuoha, Head of Campaign & Publicity, Barr Uju Igboeli, Head of Civil Liberties & Rule of Law and Barr Ndidiamaka Bernard, Head of Int’l Justice & Human Rights, also called on the Nigeria Police High Command under the IGP to secure and protect Nigerians secularly and without bias or soft spot for any ethnic or religious grouping. The IGP was also strongly urged to detect and end the perceived raging conspiratorial fraternity or “brothers at jihad” among the drafted security and law enforcement agencies in Kaduna State.

Such special police detachments under our demand must particularly be dominated by secularly composed experienced and well trained policing intelligence personnel or detectives from the Force Intelligence and Criminal Investigation (F-CID) as well as anti terrorism and special operations squads drawn from the High Command’s Department of Operations. Their composition must exclude the personnel of the Mobile Police (MPF) who have become ‘a doyen of corruption and incompetence’ within the Nigeria Police Force.

It is also our call that the Kaduna State Police Command should totally be overhauled and secularly re-composed including immediate removal and transfer of the State Commissioner of Police, Umar Musa Muri and reorganization of the Operations and the intelligence or detective departments of the State Police Command. This is because there seems to be conspiratorial fraternity or “brothers at jihad” between non state actor perpetrators responsible for the ceaseless butcheries in the State and Muslim dominated state actor security chiefs and field law enforcement personnel including military officers and their field combatants.

These have led to incessancy of ‘medicine-after-death’ security approaches and highly biased protection and response ratios allocated to the perpetrator-groups and the victim communities. The biased disposition of the drafted security forces including the Kaduna State Police Command has become so pronounced that even when the victim-communities or groups address the media and reel out irrefutable statistics of attacks against them, the State Police Command which failed woefully to prevent the attacks or arrest and punish the attackers, will turn around to threaten the victim groups and label their reeled out statistics as “fake news”.
Realistically speaking, the Nigerian security forces and NPF led law enforcement agencies are far from being neutral and secularly disposed in their responses (if any) to the ongoing anti Christian butcheries in Southern Kaduna; to the extent that several reports and credible accusations abound saying that at harmless protests by the victim groups against incessant massacre of their fellow Christian natives and destruction or burning of their properties including worship and learning centers, the security forces and law enforcement officers will open fire on them with live bullets-while turning blind eyes on the perpetrator groups.

Apart from several eyewitnesses accounts accusing the Jihadist Herdsmen attackers of dressing in military uniforms during such butcheries, eyewitnesses and survivors have also alleged severally of “seeing military personnel taking sides including shielding the attackers to safety” and arriving the scenes of the butcheries hours after they are perpetrated. Sometimes, if not in many occasions, they are accused of turning their weapons and bestiality against the victim groups or communities. It is therefore part of our call that the NPF High Command should use field and ICT intelligence to monitor the alleged nefarious conducts of the military officers and personnel stationed (if any) in the troubled areas.

The IGP was also reminded that our letter to him and the NPF High Command is in line with the stipulations and directions of Nigeria’s body of laws especially the 1999 Constitution as well as principles of the country’s pluralistic democratic process.  He was further reminded that the Nigeria Police Force is not created to serve the interest of a particular religion such as Islam or Christianity or Jihadism in Islam; or ethnic group such as Hausa-Fulani or Igbo or Yoruba, etc. The NPF is secularly created and entrusted with policing the country’s pluralistic democratic process including religious freedoms and tolerance.

Under Nigeria’s pluralistic democratic process, NPF is the ‘General Overseer’ of the country’s internal security while the Armed Forces serve as ‘allowed interloper’  strictly restricted to defense of territory in situations of intra and interstate armed conflicts. The NPF is also totally forbidden from recognizing in principle or in practice any religion as ‘a state religion’. This is according to Section 10 of the Constitution. Section 38 of the Constitution further guarantees the citizens’ rights to freedom of religion, conscience and thought while Section 42 forbids discrimination on the grounds of tribe or religion, etc. Section 14 (2) (b) of the Constitution and Section 4 of the Nigeria Police Act firmly direct the NPF to ensure security of the citizens and protection of lives and properties.

620 Christian Lives Lost In 18 Months & 20 Days In Southern Kaduna: It is shocking to note that in the 565 days gone by or 1st Jan 2019 to 20th July 2020 (18 months and twenty days), Southern Kaduna had lost not less than 620 Christians; involving: 320 lives lost in 2019 and 300 lost in the past 200 days of 2020 or 1st Jan to 20th July 2020. In 2019, the Adara Community and environs alone lost 240 lives and other parts of Southern Kaduna no fewer than 80; and in the past 200 days of this year (1st Jan to 20thJuly 2020), same Adara and environs located in Kajuru Local Government Area has lost 152 lives and the rest parts of Southern Kaduna 148 lives. With the current rate of anti Christian butcheries going on in the State with the central Government of Nigeria and its security forces and law enforcement agencies doing little or nothing, the Christian populations in the State are at high risk of being completely wiped out in coming few years.
Below, is the breakdown of the casualty figures as tallied by the rights group:

Southern Kaduna has lost no fewer than 300 defenseless Christians in first 200 days of 2020 or 1st Jan to July 20, 2020. Out of this figure, Adara Community and environs in Kajuru Local Government Area was visited with 152 Christian deaths while remaining parts of Southern Kaduna took 148 deaths. In the past twenty days or July 1 to July 20, 2020, Southern Kaduna has further lost 107, if not 139 Christian lives to Jihadist Fulani Herdsmen attacks or violence. That is to further say that the total Christian casualties from Jihadist Herdsmen killings across Nigeria including Southern Kaduna, Benue and Plateau States and Igbo Land in the past 200 days or 1st Jan to 20th July 2020 have risen to 926 deaths; out of which Southern Kaduna lost minimum of 300 and the rest of the country 626 killings or Christian deaths.
139 Christian Deaths In Southern Kaduna In 20 Days Of July If The Abducted Are Presumed Dead: Till date, too, the whereabouts of the 32 Christians mostly men and others abducted by the invading Jihadist Fulani Herdsmen on 16th July 2020 in Mai-ido and other neighboring villages in Kachia Local Government Area of Kaduna State have remained unknown, raising strong fears of their possible death in the Jihadist Herdsmen’s captivity. Names of the four defenseless Christians slaughtered in the attack are Samaila Bulus, Danjuma Bala, Christopher Bawa Ayuba and Sunday Rabo Barga.
Among the abducted 32 Christians now presumed killed in the Jihadist Herdsmen’s captivity or unlawful custody are: Joseph Na’Allah, Buhari Maidawa, Abigail Buhari, John Rai Bako, David Tambaya, Ishaya Gabriel, Micah Gabriel, Anthony Gabriel, Irimiya Luka, Bala Mallam, Sabo Luka, John Gaiya, Ishaku Lazarus, Godwin Sunday, Ishaku Elisha, Anthony Rabo, Joel Elisha, Maisaje Aburon, Kasuwa Aburon, Musa Maichibi, Kefas Ishaya and Danjuma Buhari; totaling 22 in number. With this, it may be correct to say that the total number of defenseless Christians killed by the Jihadist Herdsmen in Southern Kaduna in the first 20 days of July (1st -20th July) 2020 is 139 and 332 in 200 days of the year or 1st Jan to 20thJuly 2020.
Note: The attached photo was taken from the funeral site of 19th July 2020 anti Christian massacre in Kukum Daji, Kagoro under Kaura Local Government Area of Kaduna State.
Contacts:
Phone/WhatsApp: +2348174090052
Email: info@intersociety-ng.org
Website: www.intersociety-ng.org