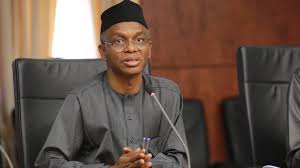 By NOAH EBIJE, Kaduna Following recent and previous Killings in Southern Kaduna by suspected Fulani herdsmen, a group under the auspices of Southern Kaduna... 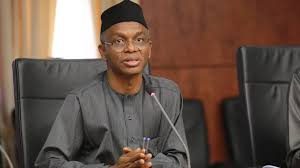 El-Rufai, Governor of the killing fields of Kaduna State.

Following recent and previous Killings in Southern Kaduna by suspected Fulani herdsmen, a group under the auspices of Southern Kaduna Christian Leaders’ Association (SKCLA), has demanded N50 billion as compensation from the Federal Government for the destruction of property during the bloody crisis.

The body which comprises of all Christian leaders in Southern Kaduna, said the Killings of their kinsmen was worrisome as they have endured the pains for so long.

In a statement by the chairman of the Christian leaders, Bishop Simon Peters Mutum noted that, “A careful study shows that the factors of religion, land and ethnicity are the tools used in the past, and still being deployed, to the disadvantage of our people in Southern Kaduna”.

Bishop Mutum said demand for the compensation was one of the recommendations needed for peaceful coexistence in the area.

He recalled the wanton destruction of property and Killings that took place in various communities in Southern Kaduna from January 2019 to July 2020, saying that the victims were, “peaceful and unarmed persons in Christian communities”

However, he called on governor Nasir El-Rufa’i, to use his position as the Chief Security Officer of the State to confront the killers believed to be hiding in bushes with equal zeal as being demonstrated at containing the novel Corona Virus.

“From our assessment, our people have lost so much in terms of property destruction. We call on government to work out immediate modalities for paying compensations worth 50 billion Naira.

“We recommend that as enshrined in the Constitution of the Federal Republic of Nigeria, hinged on Justice and fairness for all, irrespective of creed or region, especially the underpinnings of the Federal Character Commission, we call for inclusion of our people in Federal and State Governments appointments.

“As Christians and Christian leaders, we are worried over the state of things; the state of our people and the nation at large. Southern Kaduna area has suffered economic, political and social marginalization from the period of the colonialists; pre-independence as well as post-independence eras.

“Till date, painfully for us, the murderers are roaming about freely, while the villagers, numbering over a thousand, are now taking refuge with relations in nearby towns, under tough conditions, in this grim period made worst by the novel coronavirus pandemic.

“In the midst of these barbarisms against us as a people, which have been systematic and unabated, we have finally come to a point of holding government accountable and responsible. Being the sole regulator for security services, we have keenly observed a pattern of deliberate delay or refusal to deploy security personnel to the flash points.

“We have no logical reason to believe that government is overwhelmed by these terrorists; rather, she has only chosen to play it down. Without mincing words, we call on His Excellency Malam El-Rufa’i, our Governor, to use his position as the Chief Security Officer of our dear State to confront the killers hiding in our bushes with equal zeal as being demonstrated at containing the novel Corona Virus.

“There is an urgent need to establish IDP camps in Southern Kaduna, where victims would live and be taken care of. As we write this, thousands of Christians, who have been displaced from their homes, are in Zonkwa and other places, based on the Christian spirit of good neighbourliness and the cultural family solidarity and care.

“Farmers should be protected from armed Fulani militia, who destroy our crops with impunity. The changed narrative that what we are passing through is purely ‘farmers-herdsmen clash’, ‘banditry’ and ‘reprisals’ ought to stop, and it should be properly stated as it is: attacks, terrorism, genocide and unprovoked killings.

“This is because our people are always attacked and killed, not in their farms fighting, but in their homes while asleep; when it is in the farms, they are definitely just looking for means of survival and unarmed.

“There is need for proper investigations into these killings. A Fact Finding Committee (FFC) should be inaugurated with members comprising people of proven integrity from both religions, to go to the affected areas, not only to hear the accounts of the victims, but to record every information so received, for the public to know the truth of all that is happening. This will complement the efforts of the Kaduna State Peace Commission”.