COVID-19: How LASEPA Official Connived With A Pastor, Others To Take Over Residential Building Of A 73 Year Old Widow In Lagos—Save Lagos Group 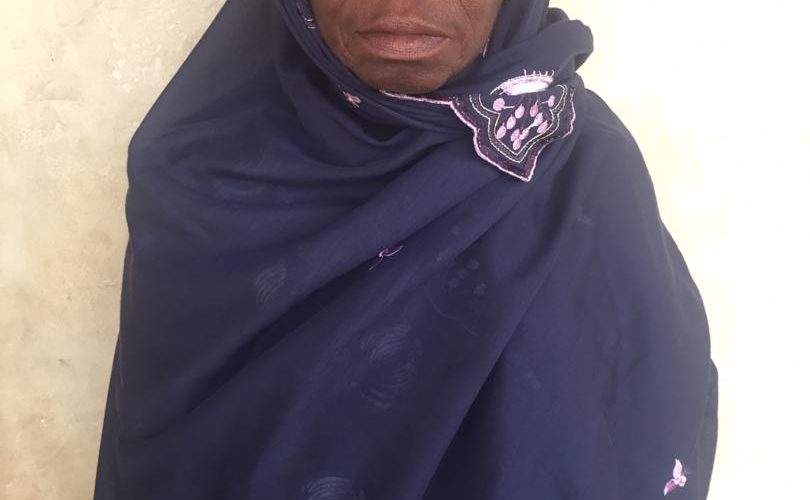 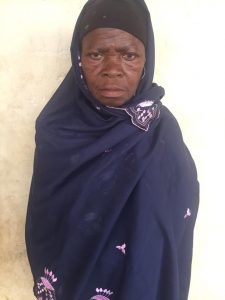 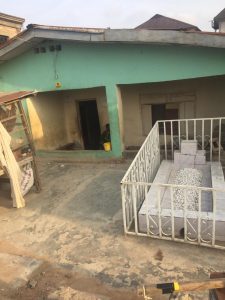 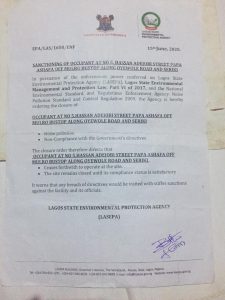 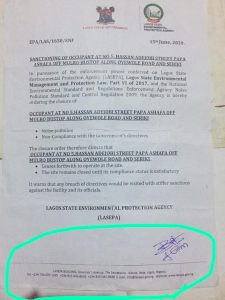 Alhaja Alasela was a widow of Late Alhaji Alasela who died thirteen (13) years ago on the 2nd of April, 2007 and left the residential building for her and her children and they have been living in the building before the death of their Patriarch and also, Pastor Alabi, was a Pastor in-charge of Christ Apostolic Church situated at N0 5, Hassan Adejobi Street,Papa Ashafa,off Mulro Bus stop, along Oyewole Road and Seriki.
It was learnt that the Pastor Alabi’s Church situated at N0 5, Hassan Adejobi Street, has been violating the lockdown order of the Federal and State government in the area and people of the area, have been seriously complaining about the noise of the Church.
Detailing the incident on Wednesday, SLG’s Convener, Comrade Adeniyi Alimi Sulaiman, revealed that on the 15th day of June, 2020, an officials of LASEPA led by one Tunji, illegally invaded the elderly widow’s house, with the aim of causing panic for the old woman and her tenants so that they would abandon the house by saying that the State government had directed the agency to seal the house in question for violating the government lock-down directive.
Tunji was acting the script of Pastor Alabi and Chief Oshodi by trickishly lead  the other officials of LASEPA to the window’s house for their illegal duty where generator of a tenant was carted away and part of the house were vandalized, believing that if they sent the helpless woman out of the house, they would claim that the government has seized the residential building and also claimed later that government was planning to auction the building and Pastor Alabi with Chief Oshodi will bid for the building and win,so,the building will be used for their own personal Church.
But investigation conducted by the SLG revealed that the management of LASEPA did not know anything about the action of Tunji against the elderly widow because the purported agency letter was not directed to Alasela house.
The LASEPA Letter dated 15th of June, 2020 with reference number: EPA/LAS/1650 and signed by unknown person stated that “the agency ordered the closure of N05, Hassan Adejobi Street, Papa Ashafa, off Mulro Bus stop along Oyewole Road and Seriki for noise pollution and non-compliance with the Government directives.
“The ordered therefore directed that the occupant ceases forthwith to operate at the site and the site remains closed until its compliance status is satisfactory”
The illegal invasion of the house by Tunji of LASEPA was reported to the Alabo Divisonal Police station on 16th day of June, 2020 and the matter was assigned for immediate action to a Woman Police called “Iyah nkem” with phone number:-08131338007, but the Investigating Police Officer (IPO) who was in-charge of the matter refused to act for fear of Chief Oshodi who claimed to be a politician.
Sulaiman, therefore, called for an independent investigation into the matter from the Lagos State government through the State Ministry of Environment and Sanitation and authority of LASEPA through its Director General, saying that the action of Tunji on behalf of LASEPA as cause psychological and mental trauma to the aged widow.
Signed:
COMRADE ADENIYI, ALIMI SULAIMAN,
(Revolutionary Alfa),
Convener, Save Lagos Group(SLG),
+2348038591504/+2348022697573
For confirmation of the story
Mr. Ganiyu Alasela-08091543202
Mr. Jamiu Alasela-08073666318
LASEPA official Phone number -07046351295 / 08150458639 /08150458638