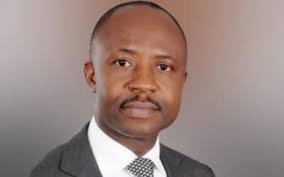 The Secretary to the Rivers Government (SSG) , Dr. Tammy Danagogo, has appealed to medical doctors and health professionals in the state to extend...

The Secretary to the Rivers Government (SSG) , Dr. Tammy Danagogo, has appealed to medical doctors and health professionals in the state to extend more of their services to the rural areas.

A statement on Tuesday by Danagogo’s media aide, Juliana Masi, stated that he made the appeal when the new executive members of the Nigerian Medical Association (NMA), Rivers Chapter, paid him a courtesy visit in Port Harcourt,

According to Danagogo the concentration of medical practice in the urban centres is increasing the challenges of an unbalanced doctor-to-population distribution in Nigeria’ health sector.

He also said that current statistics showed that most doctors practice in the urban centres whereas their services were most needed by the rural population.

Danagogo said: “Most patients die in the rural areas for sicknesses that can be easily treated. Your profession is a sacrifice to humanity.’’

The SSG urged doctors and health practitioners to remain professional and dedicated in carrying out their duties.

According to him, medical practice in any society cannot be shortchanged by anyone or medical personnel themselves, as every individual needs medical attention at some point in their lives.

The President of the Association, Prof. Chizindu Alikor, said the NMA was ready to support and work with the Government of Rivers in promoting health services in the state.

He called for domestication of the Medical Residency Training Act (MRTA), proper training and skipping of doctors in the state.