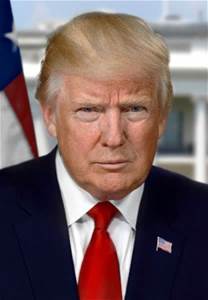 The United States Government has imposed visa restrictions on some Nigerian politicians involved in electoral violence and malpractices in some states. The measure coming...

The United States Government has imposed visa restrictions on some Nigerian politicians involved in electoral violence and malpractices in some states. The measure coming in the run up to the governorship elections in Edo and Ondo states, pointedly targets individuals it accused of working to undermine the November 2019 governorship polls in Kogi and Bayelsa states.

Also, former Governor of Edo State and ex-National Chairman of the ruling All Progressives Congress (APC), Comrade Adams Oshiomhole, is reportedly among top Nigerians slammed with the visa ban by the United States Government.

A report by the US-based Sahara Reporters also named Kano State Governor, Dr. Abdullahi Ganduje, and Kogi State Governor, Alhaji Yahaya Bello, as being among those affected by the latest US sanctions.

Governor Nasir el-Rufai of Kaduna State is said to have had his own visa ban extended. He has been banned from entering the US since 2010 over a graft case.

According to US officials, more Nigerian politicians may be included on the visa ban list after this Saturday’s Edo governorship election if they are involved in electoral malpractice.

Those affected by the latest visa ban are said to have received notification by e-mail and/or text messages.

Morgan Ortagus, spokesperson for the U.S. Department of State, disclosed the new measures in a statement on Monday.

Ortagus said those affected were working to “undermine the Nigerian democratic process or for organising election-related violence.”

“The Department of State emphasises that the actions announced today are specific to certain individuals and not directed at the Nigerian people.
“This decision reflects the Department of State’s commitment to working with the Nigerian government to realise its expressed commitment to end corruption and strengthen democracy, accountability, and respect for human rights.

“We remain committed to working together to advance democracy and respect for human rights and achieve greater peace and prosperity for both our nations.
“We condemn the acts of violence, intimidation, or corruption that harmed Nigerians and undermined the democratic process,” the statement said.

The spokesperson urged the Independent National Electoral Commission, INEC, political parties, security agencies and other stakeholders in the impending Edo and Ondo elections to uphold the tenets of democracy.

She underscored the need for them to “facilitate genuinely free and fair elections, conducted in an appropriately transparent and non-violent manner,” she said.
She did not provide vital details of Nigerians affected such as their identities, how many they are and how the government arrived at its conclusion.
On enquiry, another spokesperson of the department told the News Agency of Nigeria (NAN) that such information was protected by U.S. privacy laws.
“Visa records are confidential under Section 222(f) of the Immigration and Nationality Act (INA).
“Therefore, we cannot discuss the details of individual visa cases,” the official said.
In Monday’s statement, Ortagus said the latest targets “operated with impunity at the expense of the Nigerian people and have undermined democratic principles”.
The Edo and Ondo governorship polls are scheduled to hold on Sept. 19 and Oct. 10.