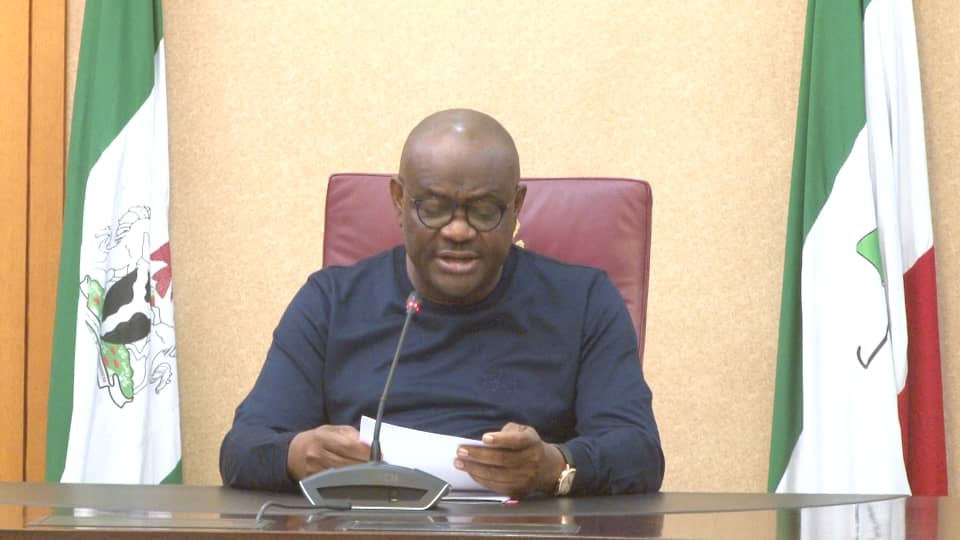 The Rivers State Government has dismissed as “completely false and misleading, the story circulating in the Social Media, that Governor Nyesom Wike of Rivers...

The Rivers State Government has dismissed as “completely false and misleading, the story circulating in the Social Media, that Governor Nyesom Wike of Rivers State made some remarks in connection with a report that the Central Bank of Nigeria will purchase N5 billion worth of Gold from the Zamfara State Government.”

The denial was contained in a statement made available to www.Africanewscircle.com by the state Commissioner for Information and Communications, Mr Paulinus Nsirim in reaction to prodding to expatiate on a statement allegedly attributed to Gov. Wike in the social media.

His words: “The purveyors of this barefaced fallacy suggested in their warped story, that Governor Wike was unhappy with the decision of the CBN to buy Gold from Zamfara State . They claimed that Governor Wike who lamented that the same privileged attention has not been given to the oil from Rivers State, demanded that Gold should be made a national cake, adding that he too would proceed to own a gold well in Zamfara State.”

“Let us state here categorically that Governor Wike never made such a statement. Infact, we note with a sense of relief, that no major, mainstream News media or Press Organization, either print, electronic or online, attached to Government House, Port Harcourt, carried this concocted story. So it is a wonder where the mushroom, less than credible social media outlets got the comments, which they claimed Governor Wike made “while addressing the Press.”

“It has indeed become the ugly penchant in recent times, of some cynical and dubious detractors, to drop or insert Governor Wike’s name in their calculated crusade to ignite unprovoked conflict with the hidden ploy to disrupt the recently emerging warm cordiality which has defined the relationship between him and some leaders across geopolitical divides in the country. These naysayers have also commenced a devious gambit to insidiously tarnish the overwhelming goodwill which the burgeoning image and reputation of Governor Wike has been enjoying across the country and this latest story is simply the latest installment of their failed efforts.”

“Those familiar with Governor Wike will know that he does not need to resort to such churlish and petty grandstanding portrayed in the silly story, to speak up on any matter whatsoever. The write up is thus just another figment of the convoluted imagination of its authors. They goofed big time on this one. Nigerians are therefore advised to completely disregard the story, especially now that the Federal Government, the CBN and the Zamfara State Government have all come out to speak clearly on the matter and set the records straight.”