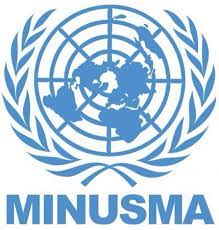 A UN peacekeeper was killed in northern Mali and another seriously wounded after their vehicle hit a roadside bomb on Thursday, the UN mission...

A UN peacekeeper was killed in northern Mali and another seriously wounded after their vehicle hit a roadside bomb on Thursday, the UN mission said. The attack came as civil servants in the capital, Bamako, protested against the “selective release” of foreign hostages in hostage swap deals by the government.

The attack on the UN Multidimensional Integrated Stabilisation Mission in Mali – known by the French acronym MINUSMA – occurred around 1.30pm local time when “a vehicle of the MINUSMA Force hit a mine or explosive device, about 50 km from the town of Kidal. The explosion resulted in the death of a peacekeeper. Another, seriously injured, was evacuated,” according to the force.

The nationalities of the peacekeepers were not provided.

But a teacher from the town near Anefis told AFP that the attacked convoy was a supply convoy escorted by Egyptian peacekeepers.

“MINUSMA will not be intimidated by these attacks, and remains determined to support the people and government of Mali in their efforts to bring lasting peace to the country,” said its leader, Mahamat Saleh Annadif, in a statement.

Mali has been struggling to contain a jihadist insurgency that first emerged in the north in 2012, and has since spread to the centre of the country and neighbouring Burkina Faso and Niger.

Thousands of soldiers and civilians have been killed in the conflict to date, and hundreds of thousands have had to flee their homes.

MINUSMA is the most dangerous UN peacekeeping mission in the world, with more than 220 deaths since its deployment in 2013 in more than 130 in hostile acts.

The blast occurred some 50 kilometres (30 miles) south of the northern city of Kidal, in the latest violence to hit the conflict-ridden Sahel state.

The attack came as a senior African Union official has urged dialogue with extremists in Africa’s conflict-ridden Sahel region, in an op-ed published in a Swiss newspaper.

“Any innovative idea is welcome to silence weapons in Africa, first and foremost those wielded by terrorists and violent extremists,” AU Peace and Security Commissioner Smail Chergui said.

He pointed to Afghanistan, where the United States and the Taliban agreed a truce in late February, as a possible template.

That deal could “inspire our member states to explore dialogue with extremists and encourage them to put down their weapons”, he said.

Chergui’s appeal comes after Mali’s government this month swapped some 200 prisoners for four hostages who were being held by an al Qaeda-affiliated group.

The last French citizen held hostage in the world, Sophie Pétronin, was released alongside Mali opposition figure Soumaila Cissé, along with two Italians.

Anger over the conflict in Mali contributed to protests against former president Ibrahim Boubacar Keita, which culminated in his ouster in a military coup on August 18.

Keita had previously said he was willing to enter talks with jihadists, although it is unclear to what extent his government engaged in dialogue.

Around a hundred civil servants gathered in the capital Bamako on Thursday demanding the release of local officials held hostage by jihadists, a week after Pétronin and two Italian captives were freed.

The demonstrators held posters condemning the “selective release” of foreign hostages as they filed a motion with the prime minister’s office demanding the release of eight local leaders kidnapped since 2018.

Around 10 other municipal administrative officials “have been held for more than a year”, according to the text.

In his op-ed on Wednesday, Chergui warned that foreign troops deployed in the Sahel will not stay in the region forever, and urged African government to take security matters into their own hands.

France has 5,100 soldiers deployed across the Sahel region as part of its anti-jihadist Operation Barkhane.